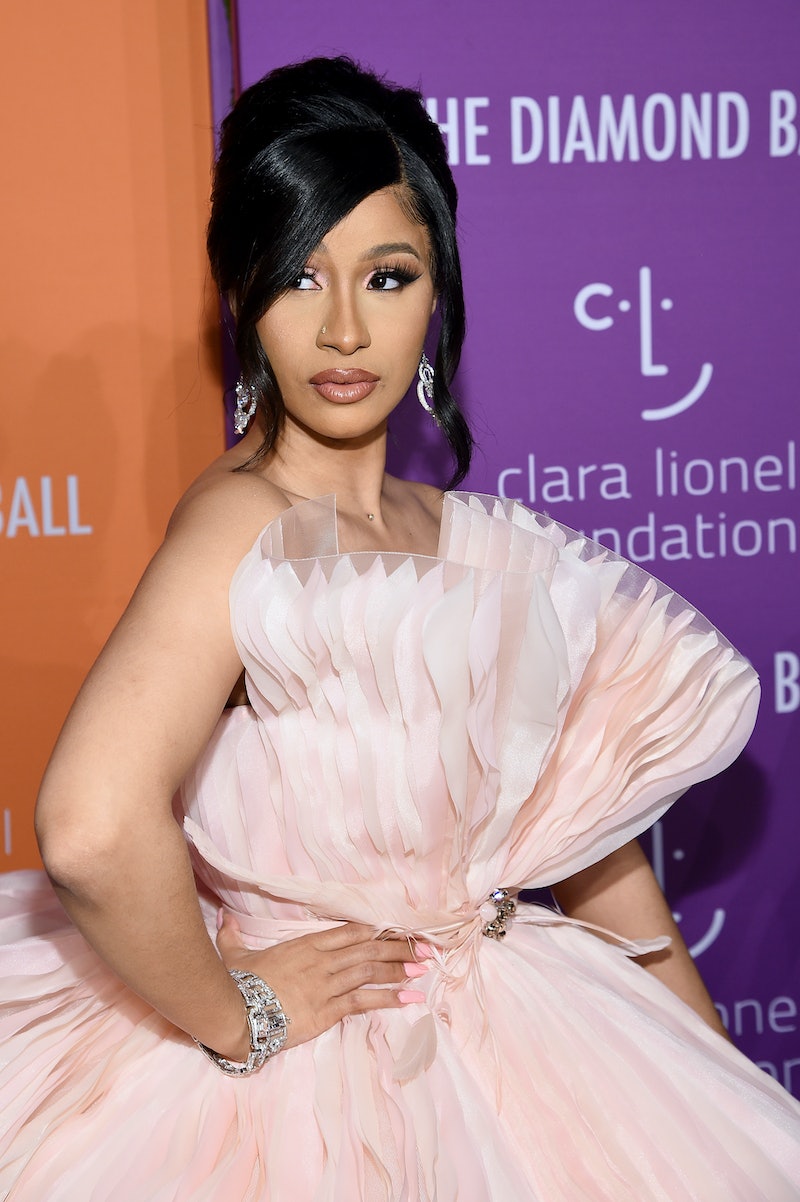 The latest installment of the franchise has been filming in London and on his last day in the U.K., Diesel dropped the news that Cardi has joined the crew. The actor, who has starred as Dom Toretto in seven of the eight Fast and the Furious films (and made a cameo in the eighth), shared the news on Instagram Tuesday, Oct. 22 with an Instagram video taken from set, featuring none other than Cardi herself. "I'm tired, but I can't wait," Cardi said in Diesel's video. "I ain't gonna front, this is gonna be the best one."

Cardi hasn't made a solo statement addressing the news, but she retweeted Entertainment Weekly's story on the announcement, and she did proclaim in Diesel's Instagram video how she earned a "nappy nap" for all her hard work.

While the Grammy-award-winning rapper knows a thing or two about hard work, Cardi's quickly learning how difficult acting can be. "I couldn't believe that I was on set for like 16 hours," Cardi B recalled of filming Hustlers on The Ellen DeGeneres Show on Oct. 3. "Is this what actors and actresses gotta go through?" While promoting her Netflix reality competition show Rhythm + Flow, Cardi noted to DeGeneres that she finds the music industry to be less monotonous. But Cardi said she was going to be filming another movie that month because "I enjoy the checks." Being a part of a $5 billion franchise like Fast and Furious probably doesn't hurt, either.

Cardi is far from the first music artist to join the franchise. Ludacris, Bow Wow, Ja Rule, and Tyrese Gibson have all appeared in at least one of the films. Her role is still being kept under wraps, but with a new blockbuster role and her second studio album expected to drop in 2020 as well, it's clear Cardi B is hitting the career gas pedal.