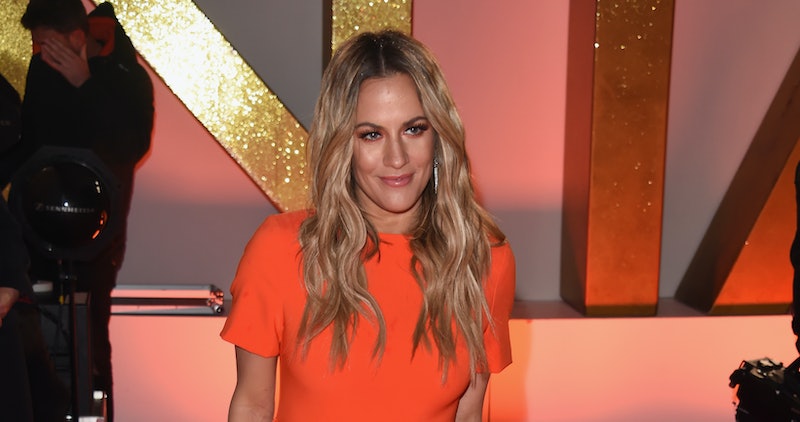 Caroline Flack has thanked fans for their "love and support" in an Instagram post, after attending court to plead not guilty to assault charges. The former 'Love Island' presenter was photographed arriving at Highbury Corner Magistrates' Court on Monday, Dec 23. Caroline Flack was charged with assault on Dec. 13, after an alleged altercation with her boyfriend Lewis Burton at her London flat, per Sky News.

As the Evening Standard reports, Flack allegedly hit Burton over the head with a lamp while he was asleep. Burton then called the police, saying: "She tried to kill me." In court, prosecutor Katie Weiss said Burton "sustained a visible cut to his head, his face was covered with blood ... Mr. Burton believed the assault occurred as a consequence of the defendant looking at his phone while he was asleep. She had seen texts which led her to believe he was cheating on her."

Weiss said both Burton and Flack "were covered in blood" when police arrived, adding: "One of the officers likened it to a scene in a horror movie." The court also heard that Flack threatened to kill herself, turned a table over, and was pinned down by police.

Flack's lawyer told the court that Burton wishes for the case to be dropped, saying: “He is not a victim, he was a witness. He doesn’t support the prosecution, he’s never supported the prosecution, and has strong feelings about the hearing this morning.” However, per the Daily Mail, the prosecution said the case will be pursued.

The Evening Standard's court reporter wrote on Twitter of Flack's not guilty plea: "Flack's lawyer said today's not guilty plea was entered 'reluctantly.'" Adding: "Flack broke down in tears in the dock as the impact of the case was described."

Shortly after her appearance at court, Flack posted an Instagram story which read: "Thankfully I know a lot of you will not believe all that you have heard and read following today's court hearing ... thank you for your continued support and love....It's going to be a relief when I am able to give my side of the story, when I'm allowed to x."

A representative of Flack previously told Bustle following the incident: "We confirm that police attended Caroline’s home following a private domestic incident. She is co-operating with the appropriate people to resolve matters. We will not be making any further comment for legal reasons." Bustle has contacted representatives of Flack for further comment on Monday's court proceedings and will update this piece with new information when it becomes available.

On Sunday, Flack shared her thoughts on Instagram, writing: “This is the worst time of my life. I don’t know where to go to. Where to look. Who to trust. Or even who I am." The presenter recently announced she would be standing down from her Love Island role and will be replaced by Laura Whitmore for the first winter series in January.

Burton also took to Instagram to support Flack earlier this week. "I'm tired of the lies and abuse aimed at my girlfriend. This is not a witch hunt this is someone's life," he wrote, adding: "Caroline is the most lovely girl. Loyal and kind. She doesn't deserve any of this."

The pair are said to have started dating in the summer of 2019. Flack's legal team have until Jan. 20 to submit further evidence to court, reports the Daily Mail.