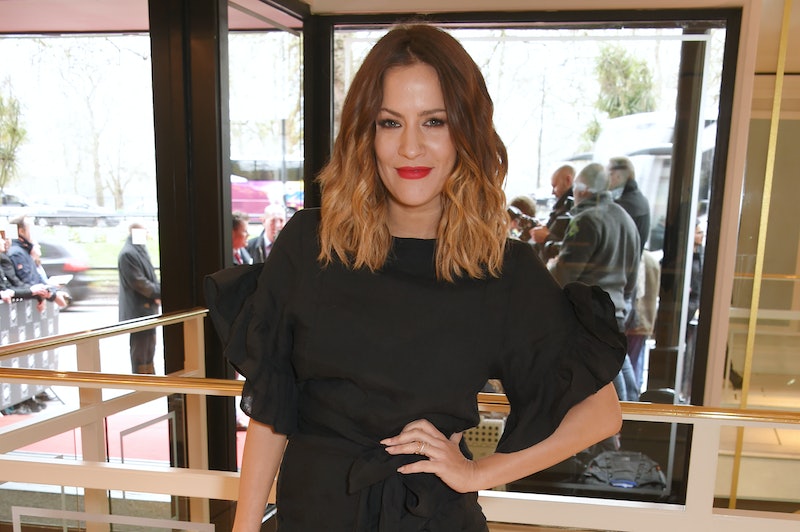 On Thursday, December 12 Love Island presenter Caroline Flack was arrested and charged with assault following an incident at her home. Now her boyfriend Lewis Burton has spoken out in Caroline Flack's defence on Instagram.

On Monday, Burton shared a post on his his Instagram stories addressing the incident. He wrote: "I'm tired of the lies and abuse aimed at my girlfriend. This is not a witch hunt this is someone's life."

He also appeared to hit out at Flack's ex Andrew Brady, writing: "I have not signed any NDA. Why would I? Caroline is the most lovely girl. Loyal and kind. She doesn't deserve any of this." In a post on his own Instagram page on Sunday, Brady claimed to have been made to sign a non-disclosure agreement (NDA) by Flack when they were together and posted pictures of what appeared to be the agreement, minus his signature.

A spokesperson for Flack told Bustle of the assault charges: "We confirm that police attended Caroline's home following a private domestic incident. She is co-operating with the appropriate people to resolve matters. We will not be making any further comment for legal reasons."

The Metropolitan Police confirmed to the BBC that Flack had been arrested and charged, and the London Ambulance Service also confirmed that they had "treated two people at the scene and took one person to hospital" on Thursday night.

The events have called into question Flack's position on Love Island, leaving viewers wondering whether she will be able to host the show's first winter season. The show kicks off on January 8 in South Africa and ITV has yet to make an official statement on the matter. However, there's one rumoured replacement who's been posting photos in private jets and hinting that she's headed for sunny locations — Love Island 2019 finalist Maura Higgins. Bustle has reached out to ITV to see if any more information about whether Maura is involved in the upcoming series.

More like this
Gwendoline Christie’s Partner Is Part Of Royal Family History
By Parry Ernsberger and Sophie McEvoy
Tom Sturridge & Alexa Chung Are Enjoying A Summer Of Love
By Frances Stewart
At 28, Lesley Manville Was Acting, Picketing, & Singing Kate Bush Songs
By Olivia-Anne Cleary
Nicholas Hoult Has The Sweetest Things To Say About His Family
By Sam Ramsden
Get The Very Best Of Bustle/UK