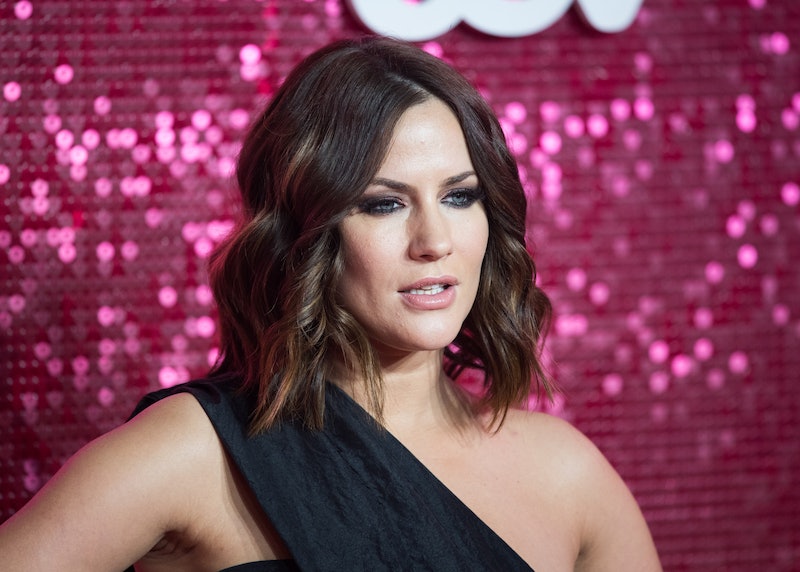 A review has concluded that the Crown Prosecution Service's handling of Caroline Flack's alleged assault case was "appropriate," Sky News reports. The CPS had announced a review into decisions made about the presenter's case after her management team accused the force of preparing a "show trial." Caroline's partner Lewis Burton, who was allegedly the victim of the assault charge, did not support the prosecution.

In a statement given to Sky News, the CPS said the way the case was dealt with had been "in line with legal guidance." It read: "Our thoughts remain with the family and friends of Caroline Flack. It is normal practice for prosecutors to hold a debriefing in complex or sensitive cases after they have ended. "This has taken place and found that the case was handled appropriately and in line with our published legal guidance," the statement continued.

Flack tragically died by suicide on Feb. 15, just a couple of weeks before her trial was set to begin. She had initially been arrested for an alleged assault on her boyfriend Lewis Burton before Christmas. Following Flack's death, her management released a statement criticising the CPS' handling of the case. It read: "In recent months Caroline had been under huge pressure because of an ongoing case and potential trial which has been well reported."

"The Crown Prosecution Service pursued this when they knew not only how very vulnerable Caroline was but also that the alleged victim did not support the prosecution and had disputed the CPS version of events," the statement continued.

"The CPS should look at themselves today and how they pursued a show trial that was not only without merit but not in the public interest. And ultimately resulted in significant distress to Caroline. Our thoughts are with Caroline's family at this time."

Separately, the police watchdog has announced they will not be further investigating the Metropolitan Police over its handling of Flack's arrest. The Independent Office for Police Conduct said they had not found a 'causal link' between the actions of the Met Police, and Caroline's death.

A statement from the Police Watchdog stated that it had found the Met had followed while they followed appropriate procedures while Flack was in custody, including arranging for for her to see a healthcare professional.

For this reason, they said, "we have returned this referral to the Metropolitan police service’s department for professional standards for them to deal with the matter in whatever manner they decide.”

The Met then said: “A comprehensive review of the circumstances surrounding all police contact with Ms Flack following her arrest and detention has already taken place as part of the referral process. No conduct has been identified on the part of any officer."

The decision comes after The Met Police referred itself to the IOPC, which is standard practice when someone under investigation dies, reports The Guardian.

More like this
Pret & Costa’s Coffee Is The Strongest On The High Street, According To Which?
By Sam Ramsden
Rachel Nickell’s Son Wants The Police To Take Accountability Over Errors
By El Hunt
A New Netflix Doc Will Explore The Unsolved Murder Of Jill Dando
By Sam Ramsden
Gen Z Are Twice As Likely To Identify As Queer, According To New Data
By Sam Ramsden
Get The Very Best Of Bustle/UK
Sign up for Bustle UK's twice-weekly newsletter, featuring the latest must-watch TV, moving personal stories, and expert advice on the hottest viral buys.