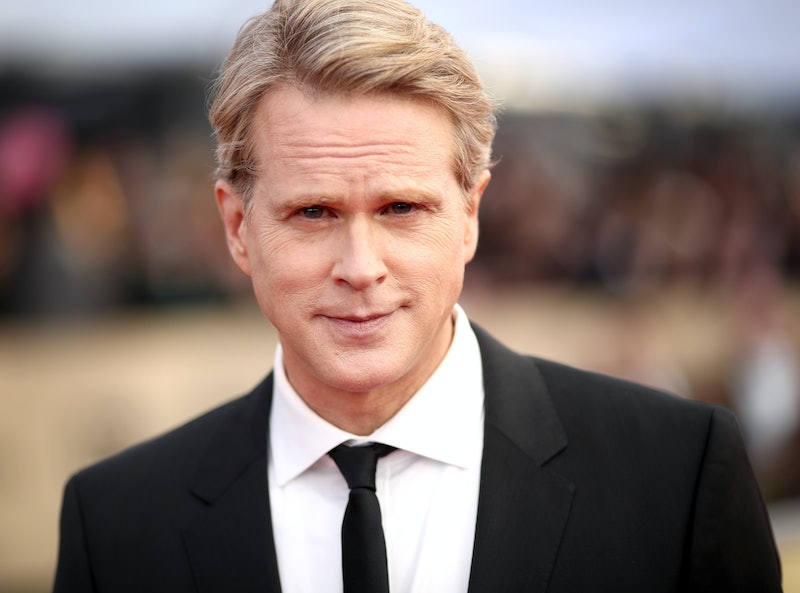 It will soon be time to return to Hawkins, Indiana. Population: Cary Elwes. On Sunday, Cary Elwes shared a Stranger Things photo with Joe Keery, and fans can't wait for his role on the show. Netflix announced that Elwes would join the cast on Wednesday, April 18, and he's the latest star to bring the '80s nostalgia of Hawkins to life. The actor is best known for playing the charming Westley in 1987's The Princess Bride, but his role in the sci-fi series will be a different kind of character.

Elwes is slated to play Mayor Kline, and according to Entertainment Weekly, the role will be "your classic '80s politician — more concerned with his own image than with the people of the small town he governs." It's not clear what connection Keery's Steve will have with the new mayor, but people are pretty excited to find out. On Twitter, fans reacted to the picture of the two stars, and many shared their excitement for the new season.

The third season of Stranger Things doesn't have a premiere date, but according to Collider, producer Shawn Levy confirmed the 8-episode series is in production. The cast did a table read of the first four episodes, and filming officially begins on Monday, April 23. Elwes' first photo from the set is an appropriate '80s style Polaroid, and it's also a selfie with Keery. The caption reads: "Stranger Things have happened...", suggesting the show's production is in full swing. Keery stars as series favorite and unofficial dad, Steve, and it's possible his character will have some conflict with the town's new mayor.

On Wednesday, Netflix Chief Content Officer Ted Sarandos announced Elwes would join the cast at Netflix's See What's Next event in Rome. And, just in case you were wondering, the Princess Bride star isn't the only '80s icon to appear in the new season. Jake Busey of Starship Troopers and Contact fame will also appear. Busey is slated to play a journalist for the Hawkins' Post "with questionable morals and a sick sense of humor," according to EW. This isn't the first time the show has brought in actors from the '80s. Winona Ryder's role is a clever throwback to the time period, as she was one of the most iconic actors of the decade. Guest appearances by Sean Astin of The Goonies and Paul Reiser of Aliens were also a nod to the show's '80s influences.

These aren't the only casting shake-ups going into the new season. Maya Hawke is expected to take a new lead role, while Season 2 scene-stealer Priah Ferguson will be given a recurring role. Meanwhile, all of the fan favorites will return, including David Harbour, Millie Bobby Brown, Finn Wolfhard, Gaten Matarazzo, and Caleb McLaughlin. It's not clear how big of a role Elwes' character will play in the episodes, but given the fate of past guest stars (RIP Bob), it might be bad news for the mayor.

On Twitter, fans responded to the photo by sharing their excitement for the star's appearance on the show.

Having Elwes on board is clearly a bonus.

If the man doesn't say "As you wish" at least once in Season 3, there might be tears.

Steve, who became a fan favorite and timeless meme during last season, might not end up being the mayor's son, but he will get plenty of screen time in the new season. In March, Levy revealed the character would have a much larger role in the new episodes on a panel at PaleyFest. "We'll definitely get to see some more of Steve Harrington in season three, and I'll just say we won't be abandoning the Dad Steve magic," Levy said at the event. "I don't want to say much more, but I literally feel that we were walking along and we stumbled onto a gold mine with Dad Steve."

It's not yet clear what the relationship between Steve and Mayor Kline will take on in Season 3, and it could be a while until fans find out. The new episodes aren't expected to premiere until 2019, and the date isn't set. Inconceivable! Luckily, both Keery and Elwes are active on Twitter, and should keep fans updated in the meantime.