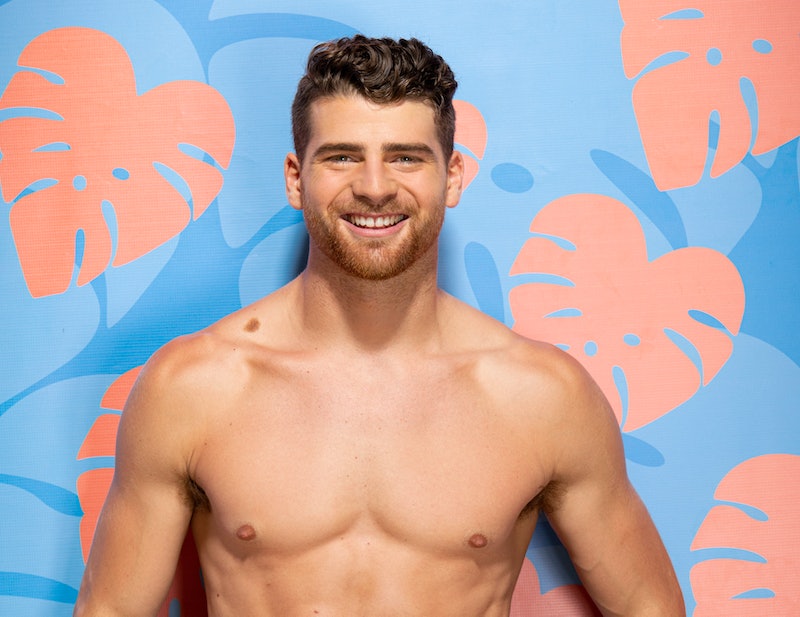 Premiering July 9, the American spinoff of Love Island centers around 11 singles on a mission to find love (and win a cash prize). Their villa is located in Fiji, where they'll hook up, break up, and potentially find genuine romance. Love Island's Cashel Barnett is one such contestant, and he sounds like he'll be one to watch.

The UK version of Love Island is filmed in Majorca — an island off the coast of Spain — per the New York Times. It's hosted by Caroline Flack and premiered in 2015; the fifth season is currently airing across the pond. Now, the U.S. spinoff has arrived to further complicate your viewing schedule (both shows air every weeknight). It has a different cast and host, but based on the trailer, it looks like a worthy successor to the original show.

As for Cashel, he's a 28-year-old model from Sacramento, California, per his intro video. According to his CBS bio, he went to Fordham University, where he studied English and minored in Business Administration. And it looks like he's ready to find his special someone. "Cashel is a romantic who wears his heart on his sleeve," reads his bio. Here's what else you need to know about the contestant.

He Describes Himself As "A Weirdo"

"A lot of people think that [I'm a weirdo] when they first meet me," Cashel explained in his intro video. It's clear that he has a sense of humor and is looking for someone who can make him laugh, as his bio says "his dream girl is someone funny like Tina Fey."

"When I'm drumming, I think you can really see who I am," Cashel said in his intro video. "When you're onstage, you bring people together... and having a good time, and that's when I get to do all of those things at once."

He's Got An Adventurous Side

Cashel likes to stay active — whether it be snowboarding, hiking, or skateboarding. His bio states that since he moved to California, he's also taken up surfing. In fact, he even played competitive water polo when he was at Fordham, according to the school's website.

He Already Has An Engagement Ring

Yes, you heard that right. According to his bio, "he already has a ring and is looking for the perfect girl to give it to." Wowza.

Not only has he been a substitute teacher, but according to Cashel's LinkedIn, he also works as an assistant at Device Brewing Company — a brewery in Sacramento.

He Used To Rock Long Hair

According to his Instagram, Cashel cut his shoulder-length locks in December 2016. Since then, he's kept his mane at a more manageable length.

Perhaps this goofy "weirdo" will find romance on Love Island, or maybe he'll be better off looking elsewhere. But whatever the case, it'll be interesting to see whether he packed that ring or if it's stashed in a drawer somewhere back in Sacramento.

More like this
'Love Island' Has Added Yet Another Bombshell To The Villa
By Bustle UK
This Pre-'Love Island' Video Of Olivia & Zara Together Changes Everything
By Bustle UK
Love Island’s Latest Winter Season Finally Has A US Release Date
By Grace Wehniainen
Laura Anderson Pulled The Ultimate Girl Power After Her Break-Up
By El Hunt and Megan C. Hills
Get Even More From Bustle — Sign Up For The Newsletter
From hair trends to relationship advice, our daily newsletter has everything you need to sound like a person who’s on TikTok, even if you aren’t.