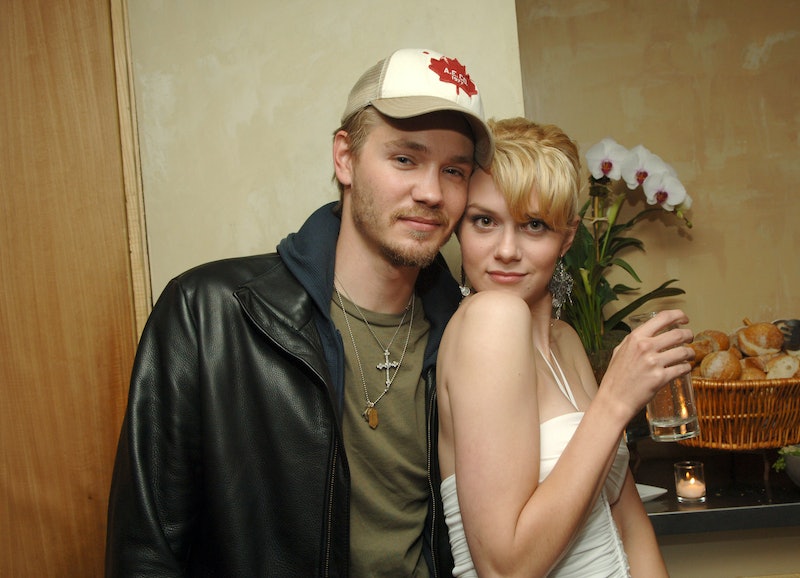 It's been eight years since One Tree Hill ended, but the Peyton and Lucas love is still going strong off screen. On Wednesday, July 1, Chad Michael Murray wished Hilarie Burton happy birthday on Instagram with a heartfelt message and a collage of photos featuring them hanging out over the years. And yes, he included adorable pictures from their time playing TV husband and wife on OTH, which only added to the nostalgia factor.

Murray's birthday message celebrating Burton turning 38 is a reminder that the cast of OTH have truly grown up together. "Happy Birthday to this mega talented, heart warming, always giving SUPER HUMAN that I’m blessed to call a friend- @hilarieburton," he wrote. "We’re slowly but surly watching each other grow up. Keep making this world a better place! Love to the whole Morgan clan. From - 'The Murray's'."

Since OTH ended, Burton has married The Walking Dead star Jeffrey Dean Morgan and had two children, while Murray married Sarah Roemer, with whom he also shares two kids. The TV husband and wife have also both found a niche making TV Christmas movies on Lifetime and the Hallmark Channel. It seems that through all of the many life changes that come with leaving a hit show behind, they've also been able to maintain their friendship, as evidenced not only by Murray's post, but by the OTH reunion that took place in Wilmington, North Carolina in February.

At the time, Burton shared a number of photos from the reunion on Instagram, including pictures with Murray, James Lafferty, Antwon Tanner, Robert Buckley, Lee Norris, and Jana Kramer. "I got a job when I was 20 years old that gave me some of the most important relationships and experiences of my life," she wrote at the time. "Thick and thin, our shared history has been a cornerstone in my life. Love you guys."

In addition to the reunion in February, the OTH cast has reunited for a number of other conventions and projects over the years. Most notably, Burton and several of her fellow Tree Hill alums, including Tanner and Norris, have starred in the Lifetime holiday movies The Christmas Contract and A Christmas Wish together. And it's not just the cast that still loves spending time with each other, fans of the show remain passionate as well.

In a 2018 interview with The Hollywood Reporter, Burton shared how she's been surprised by the show's continued resonance with viewers. "I'm glad that [fans] found the humanity in it because we fought pretty hard for that," she said. "I'm glad that they support the projects we've done after that. They are dedicated and we're dedicated to them."

More like this
The 'Kenan & Kel' Reunion On 'SNL' Took A Dramatic Turn, Thanks To Keke Palmer
By Brad Witter
The First Trailer For 'That '90s Show' Includes So Many Nods To The Original Series
By Jack Irvin, Alyssa Lapid and Grace Wehniainen
Mindy Kaling Explains Why 'The Office' Would Be "Inappropriate" Today
By Jake Viswanath
Jodie Turner-Smith & Joshua Jackson's Relationship Timeline Includes Her Proposing
By Jake Viswanath
Get Even More From Bustle — Sign Up For The Newsletter