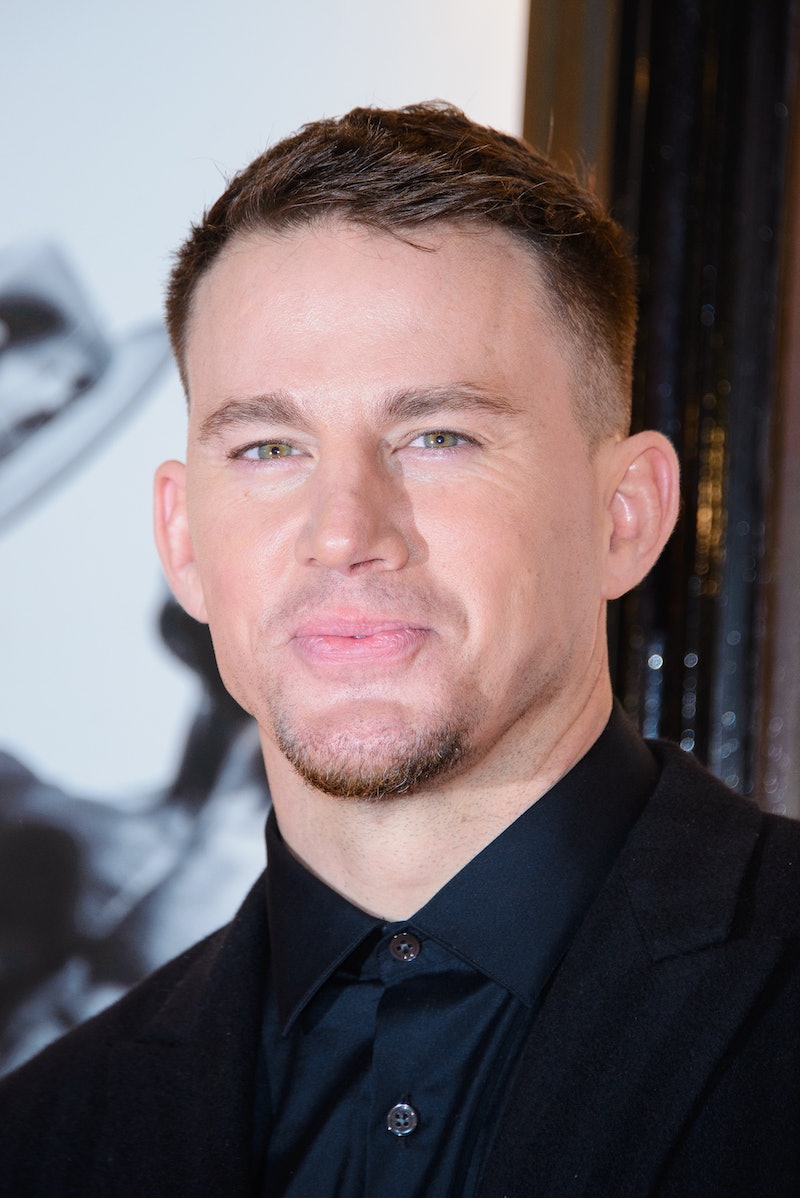 Channing Tatum and Jessie J may have been coy about their relationship at first, but Tatum's latest Instagram post leaves little doubt about how serious the two of them are getting. The British singer celebrated her birthday on Wednesday, and Tatum's birthday message for Jessie J is honestly too sweet.

"Wishing you the happiest day filled with all the love and all the light. You came into this world on this day and lit it on fire. You have blessed our eyes, our ears, our hearts and our lives. So thank you for just being you. You are so very special. Happy birthday Baby."

Jessie J may be the songwriter among the two of them, but the Magic Mike star's message is pretty poetic in its own way. I mean, who wouldn't want their partner to say they "lit [the world] on fire"? Plus, Tatum also referred to the singer as "Baby," which hints at how close they've gotten in the months that they've been together.

Rumors that Tatum and Jessie J were dating started last fall, after Tatum was apparently seen at a few of her concerts in October. And when Tatum brought his daughter to a Jessie J concert the following month, it seemed pretty clear that the relationship was continuing to bloom.

As Cosmopolitan UK noted, the singer soon returned the love for her partner's endeavors by sharing an Instagram Story photo from the Magic Mike Live show in London. "Congratulations @channingtatum what a show... Ladies and Gentlemen you don't want to miss this," Jessie J wrote in her Instagram post. She also included a variety of emoji, including the eggplant, to tease what she thought of the show.

Tatum then used his own Instagram account to confirm the relationship, sharing a picture from another Jessie J. concert. "This woman just poured her heart out on stage at the Royal Albert Hall. Whoever was there got to witness something special. Wow," he wrote in the Instagram caption. He's clearly a huge fan of Jessie J's music, and his praise for her really is so supportive.

Tatum and Jenna Dewan announced their separation last April in a post shared on social media. "We have lovingly chosen to separate as a couple. We fell deeply in love so many years ago and have had a magical journey together," the statement read, in part. "Absolutely nothing has changed about how much we love one another, but love is a beautiful adventure that is taking us on different paths for now." Dewan filed for divorce from Tatum in October.

As for Dewan's part, it seems like she has nothing but respect for her ex and his new relationship. "She doesn't really care what Channing does as long as he's being there for [their daughter] Everly. Jenna's dating too and they are both moving on with their lives," a source told E! News in October. Dewan has been linked to Tony winner Steve Kazee after her split from Tatum.

Fans may have been surprised when Dewan and Tatum announced their split, but it sounds like they've moved on while still maintaining an amicable connection. And Tatum's loving words about Jessie J show how dedicated he is to her — their relationship definitely seems off to a promising start.

More like this
Everything To Remember About Lace Morris Before 'Bachelor In Paradise' Season 8
By Grace Wehniainen
Tyler Perry Makes Rare Comment About Meghan Markle & Prince Harry's Love Life
By Radhika Menon
Paul Mescal, Man Of Mystery
By Samantha Leach and Heather Hazzan
Khloé Kardashian Is Reportedly Dating A Private Equity Investor She Met Through Kim
By Jordyn Tilchen and Jake Viswanath
Get Even More From Bustle — Sign Up For The Newsletter