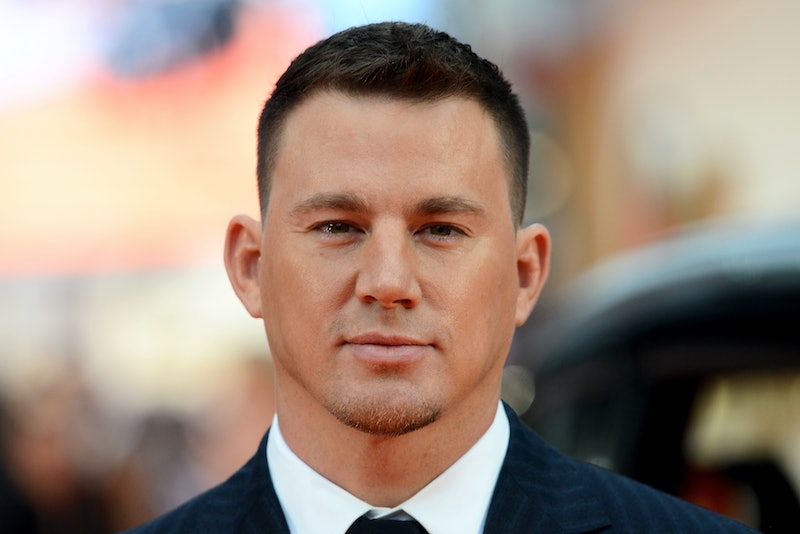 Another celebrity couple likely won't be ringing in 2020 together. Channing Tatum and Jessie J split "about a month ago," according to an Us Weekly report published on Thursday, Dec. 19. Other outlets, including People and E! News, have also since confirmed the news that couple has broken up after a year of dating, though neither the singer nor Tatum have made any public statements themselves. Bustle reached out to reps for Tatum and Jessie J, but did not receive an immediate response.

The split seems to have been amicable, however. One of Us Weekly's multiple sources on the matter insisted that Tatum and Jessie J "are still really close and still good friends." Another insider echoed those sentiments to People, adding, "there wasn't any drama," and they "just decided to part ways."

People cited a second source explaining Tatum and Jessie J "have different priorities and focuses that don't really align." Distance also reportedly played a role, as the magazine noted Tatum needed to be in Los Angeles to spend time with his 6-year-old daughter Everly (with ex-wife Jenna Dewan). The "Bang Bang" singer, on the other hand, preferred to be in her native England. This source also claimed that "they are still friendly."

Reports the pair had begun dating first emerged in Oct. 2018 after a mini golf course employee tweeted that Jessie J and Tatum had come in together to "play a round." Outlets including People, Us Weekly, and Entertainment Tonight all later confirmed they were a couple. The following month, Jessie J supported Tatum at the opening night of Magic Mike Live in London, also congratulating him on the debut in a series of Instagram story posts.

For his part, the actor publicly gushed over his girlfriend's November concert at London's Royal Albert Hall, in a since-deleted Instagram post, per Us Weekly. "This woman just poured her heart out on stage . . . Whoever was there got to witness something special. Wow," Tatum reportedly wrote in a caption.

The couple's most recent social media interaction seems to have come earlier this month, as Cosmopolitan pointed out. After Tatum posted a video promoting Magic Mike Live coming to Melbourne, Australia in 2020 on Dec. 2, Jessie J commented, "I wanted it to cut to you doing Pony by the Sydney Opera House so bad Chan ... 😞" Tatum replied, "Next time I'm in Sydney, I'll get it done."

People's reporting on Tatum needing to be stateside for his daughter seems to be valid. He and Dewan, who announced their split after nine years of marriage in April of 2018, as of recently, were still working out some details of their agreement regarding custody of Everly. In legal documents obtained by Us Weekly in Nov. 2019, Tatum stated his and Dewan's "constantly changing work schedules" had led to "conflict" over ensuring "both parties are able to have equal time" with Everly.

The next step for the ex-spouses, per Us Weekly, is a Jan. 28 mediation session. What the future could hold for him and Jessie J remains to be seen, of course, but, for now, their friendship seems to be intact.