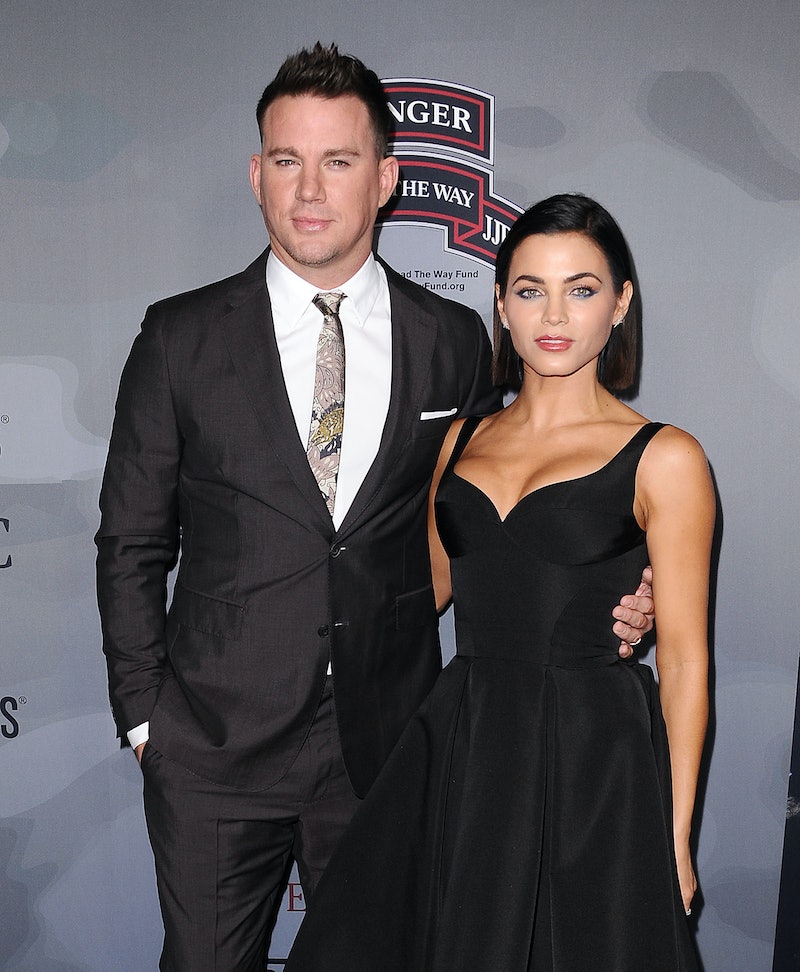 It's been over a year since the once beloved couple announced they were splitting after eight years of marriage and now Channing Tatum and Jenna Dewan's divorce has been finalized. According to a Nov. 20 report from TMZ, the divorce became final on Nov. 19 and the couple is now reportedly working out a custody agreement regarding their 6-year-old daughter, Everly. Dewan officially filed for divorce in May 2018, one month after their split was announced.

As reported by The Blast in October — prior to settling their divorce — Dewan and Tatum filed documents "bifurcating the status of their divorce," meaning they would both legally be recognized as single individuals and free to marry someone else if they wanted to.

Even though their divorce is only recently official, both Tatum and Dewan moved forward a long time ago. Just take a look at Dewan's Nov. 19 Instagram. While standing on a dock overlooking the ocean, the dancer is sporting a huge smile. Though she did not mention the divorce in the caption, she wrote, "Happy mom happy baby happy view happy job."

In addition to her career soaring (she's the new host of Flirty Dancing on Fox and she just released her first book, Gracefully You: Finding Beauty and Balance in the Everyday), Dewan's personal life is also thriving. In September, People confirmed that the dancer was expecting her second child — her first with her boyfriend, actor and musician Steve Kazee. The two have been together for over a year. "We are beyond overjoyed and couldn't be happier to be expanding our family," the couple told People in a statement.

The two also celebrated Dewan's pregnancy on Instagram. Next to a Sept. 24 photo of Dewan cradling her baby bump, Kazee gushed about Dewan as a mother. "I have learned so much about parenting already from watching how amazing Jenna is with her," he wrote, "and Evie has taught me so much about what it means to love and communicate with a child and I can’t wait to give her a sibling and make our little family a little bit bigger."

Like Dewan, Tatum is also dating again. He's been with singer Jessie J for over a year. The two have kept their relationship private for the most part, but they will occasionally give glimpses into their romance on Instagram.

Tatum and Dewan might be officially single in the eyes of the law, but, as evidenced by their respective social medias, they're both pretty happily taken.