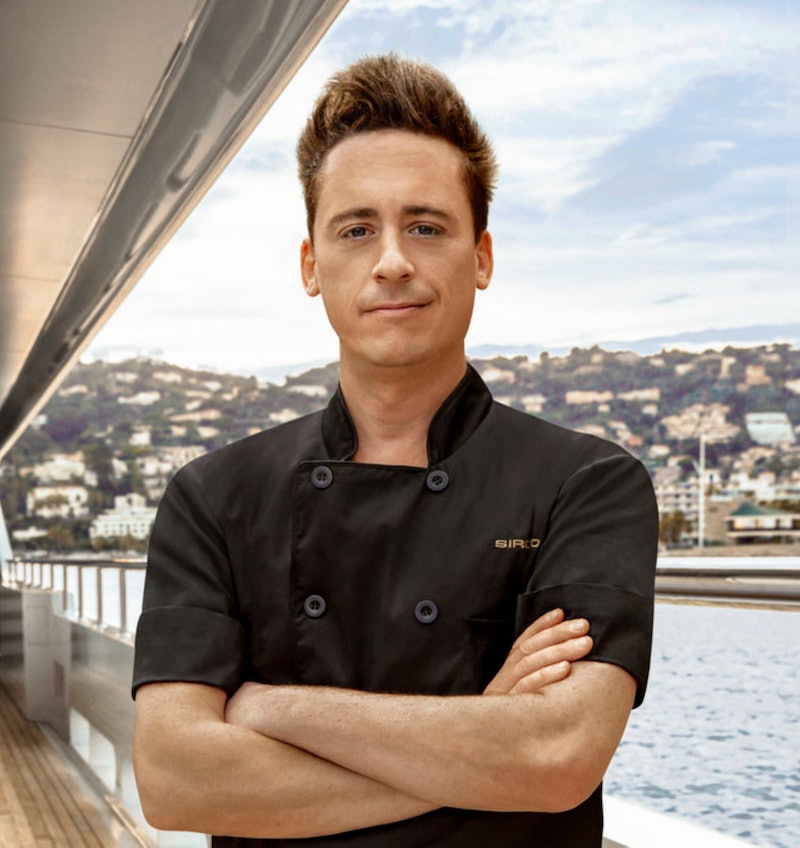 Chef Ben Robinson is back, but he may not be back for good... but that could change. In a new interview with Entertainment Tonight, Chef Ben talked about returning to Below Deck Mediterranean and whether or not he would come back for another charter season. While the fan favorite did tell the outlet that he's not necessarily champing at the bit to hop back in the yacht galley for another round, it is a "never say never" situation. And it is all thanks to the inimitable Captain Sandy Yawn.

Chef Ben explained, "Sandy is a great captain, I'd work for her any day of the week. That's why I would never really close the door. If she called me tomorrow and said, 'Ben, we really need you,' I'd be on the next plane, probably. So, I really have a lot of respect for her. She has a lot of passion for her position."

He filmed Below Deck Season 4, like, seconds after he wrapped on Below Deck Mediterranean Season 1, and the back-to-back stints wiped him out. Understandably, he needed some time away from the reality series and all the stress that comes with being a yacht chef. In Feb. 2017, Chef Ben confirmed to Bravo’s The Daily Dish that he “decided to take a break from the show,” assuring fans the “door is always open for Below Deck.” And with that, he took his cooking talents to dry land and continued to run his catering business.

Chef Ben is a man of his word: On the 13th episode of Below Deck Med Season 4, he climbed aboard the Sirocco and his long-awaited homecoming was officially underway.

The Below Deck Med Season 4 chef drama finally brought Chef Ben and Captain Sandy together, and clearly, they enjoyed being part of the same crew. When Chef Ben's homecoming happened, Captain Sandy made her feelings on the matter very clear on Twitter. “The passion that @BenRobinsonChef has & what he does is the passion that I have & what I do & that makes the most amazing experience for the guests,” she wrote. “What my industry lacks sometimes is that passion for your job. He’s amazing.”

She also told Bravo’s The Feast that she is “blown away by his ability” and said he is "the real deal." The feeling seems to be mutual: When People asked Chef Ben about working with Captain Sandy for the first time, he called her “a wonderful soul" and said he felt fortunate to be part of her team. “She really gets it… she gets me,” he continued. “We recognize each other and appreciate each other.” He went on to call her “an artist” and “an amazing boat captain” who is “really on top of her game.”

Watching these two Below Deck/Below Deck Med greats get along swimmingly will keep a heart warmer than an entrée under one of the galley's fresh set of cloches.