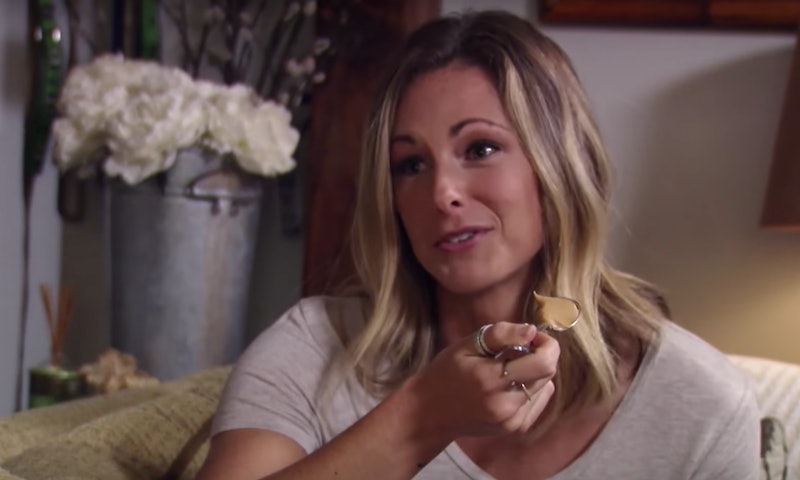 E! News has the official word on who’s going to be on everyone’s favorite Bravo reality series about a bunch of Charleston residents who have yet to meet a cask of bourbon they didn’t like. According to the entertainment news site, Chelsea Meissner will be part of Southern Charm Season 5’s main cast. Given the Survivor: One World contestant’s stellar work as a supporting Charmer on Season 4, this news couldn’t be better or less surprising. In a clip over at E! News, Chelsea said,

"I'm so excited to be joining the cast of Southern Charm this season. It's going to be an awesome season, I hope everyone tunes in. It's wild. It's gonna be nuts.”

Last season, Cameran Eubanks introduced her pal Chelsea to the show, and Chelsea wasted no time in clicking with the rest of the roster. But it was not in an “Oh, I’ve got to try to befriend this group of reality stars who I don’t really mesh with so I can stay on this show” way; she had a natural rapport with most of the cast. And like anyone who watches Vanderpump Rules and Shahs of Sunset knows, genuine friendships on a reality show are nothing to sneeze at.

Also? Unlike some of the other Southern Charm stars, Chelsea is really, really likable. She’s cool, considerate, confident, understands the magic that is eating peanut butter out of the jar, and isn't too polite to call her date out at a party when he’s being too flirty with someone else. Wait until she and Austen Kroll got in a quiet taxi to tell him she wasn’t cool with him getting handsy with a different woman at an event? Not Chelsea’s style.

Instead, the moment Austen sat back down next to his actual date, Chelsea told him that she’s not chill with him letting another woman sit on his lap or with him rubbing another woman’s back. Chelsea wasn’t about to let her date get away with disrespecting her at a formal party in front of all of their friends, and she definitely wasn’t about to let him get away with disrespecting her on national television.

And that wasn't the only time Chelsea held one of her co-stars accountable for their behavior. That whole mess where Shep Rose apparently attempted to force a kiss on her at a bar when the cast wasn't filming was absolutely disgusting, and it was awesome of Chelsea to bring the incident to light. Shep did apologize, but of course, this doesn’t make what he did OK. On the other hand, Chelsea speaking out about was more than OK. It was admirable, brave, and important.

Thankfully, Season 5 will be Chelsea’s time to break away from her bizarre triangle thing with Austen and Shep. She can have her own storylines that don’t involve those two dudes battling it out for her affections, and that’s a huge relief. To paraphrase Princess Jasmine, Chelsea is not a prize to be won.

And another great thing about her: When the cast went to Key West, Chelsea was not having any of Landon Clements' antics. Not only was she not cool with Landon blatantly hitting on her then-beau Austen, but she also wasn't a fan of Landon taking potshots at Kathryn Dennis. Not to pile on the oft-piled on Landon, but uh, who could really blame Chelsea?

As previously reported, Landon will not be part of Season 5, but the rest of the main cast will stay put. According to E! News, Cameran, Shep, Austen, Thomas Ravenel, Craig Conover, and Kathryn will all join Chelsea on Season 5. This lineup has more honey than any honeybee, i.e., this is sure to be a buzz worthy season.