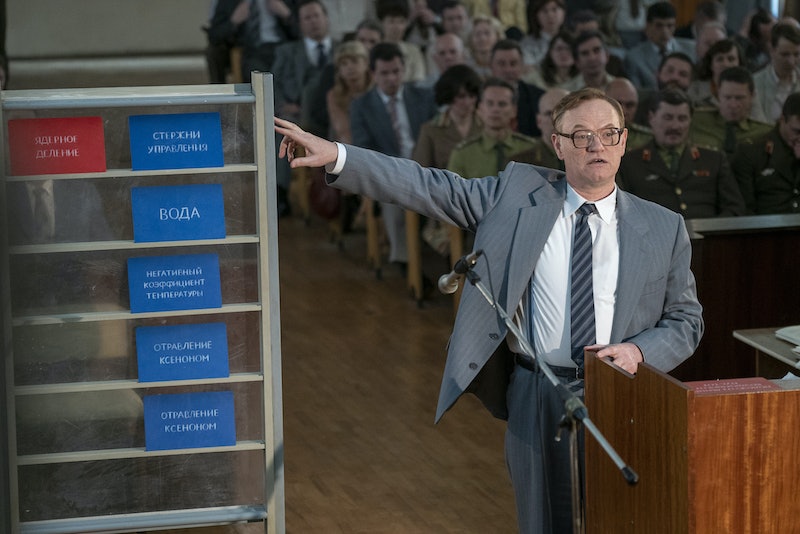 Now that Game of Thrones has ended, everyone with access to HBO is obsessed with Chernobyl, which chronicles the 1986 explosion of the Chernobyl Nuclear Power Station in Pripyat, Ukraine, and the way the Soviet Government subsequently attempted to cover up the dangerous and deadly effects of the disaster. However, all of that attention has lead to an increase in interest in tourists visiting the disaster site, and in the wake of a viral Twitter post criticizing Influencers for visiting the former power plant, Chernobyl creator asked that Chernobyl disaster site tourists show the area more respect.

The post that inspired creator Craig Mazin's response came from Twitter user Bruno Zupan, who shared screenshots from four Instagram posts that were geotagged at the "Chernobyl Nuclear Power Plant," including one of a young woman posing next to an abandoned bus and one that appeared to be part of a sexy photo shoot at the disaster site. "Meanwhile in Chernobyl: Instagram influencers flocking to the site of the disaster," Zupan captioned his post, which as of Wednesday, June 12, had earned 12 thousand retweets. Shortly after Zupan's tweet went viral on Tuesday, June 11, Mazin posted his own message to fans of the show on Twitter, asking anyone who is considering visiting the site to behave with respect.

"It's wonderful that #ChernobylHBO has inspired a wave of tourism to the Zone of Exclusion. But yes, I've seen the photos going around," Mazin wrote. "If you visit, please remember that a terrible tragedy occurred there. Comport yourselves with respect for all who suffered and sacrificed." The Chernobyl Disaster caused so much widespread and long-lasting damage that, according to Newsweek, the death toll has been disputed, though the U.N. stated that 4,000 Ukranian citizens died from the resulting radiation poisoning.

While Mazin wasn't alone in being upset at the idea of Instagram influencers using their trips to the Chernobyl Power Plant as the backdrop for an impromptu photo shoot, Atlantic writer Taylor Lorenz pointed out that Zuban's viral tweet might have been misleading, noting that only one of the people featured in the photos was an actual influencer.

"Others are regular ppl. 1 barely has 200 followers. u cropped out the captions, some explicitly talking abt the tragedy. And selected 1 the image from a whole carousel where a girl included herself in the pic," Lorenz wrote. In a subsequent article for The Atlantic that was published on Wednesday, Lorenz added that the woman who appeared to be posing in a thong at the disaster site had just over 1,500 followers at the time of Zupan's tweet, which refutes the idea that she was an influencer who traveled there specifically to take photos. (Zupan followed up on his original tweet on Wednesday, writing that he meant no ill will in his original post, and asked that critics not "act like a mob.")

Julia Baessler — who shared a photo of herself at Chernobyl wearing a hard hat at the disaster site, along with a lengthy caption about the disaster and its lasting impact — told The Atlantic that the photo was intended to be respectful and educational. (She appears to have since deleted the Instagram post.) "Because of the engineering work of my boyfriend, we were able to get a special admission to go inside control room 4, which is actually not accessible for visitors. I wanted to share these stories with the world because they are full of information of a place where usually only scientists get access to," Baessler explained to the outlet.

While the incredible success of the HBO miniseries may have resulted in an influx of tourists to Pripyat, Mazin is happy that the audiences tuning into the show are finally getting to hear the stories of the people who were impacted, but were never given a platform to share their experiences. "When I started reading about Chernobyl, I just saw all of these human beings who were in it because they had to be there because they were sent there, because they were married to people who were there, because their children were there. People had experiences that I found shocking and remarkable, but their stories hadn’t been told on screen," the writer and producer recently told Refinery29.

Clearly, those stories have made an incredible impact on HBO's audience, and whether or not it inspired some to visit the site and pay their respects in person, Chernobyl has done quite a bit to help educate the West about the disaster and to honor those who were impacted by the nuclear explosion.