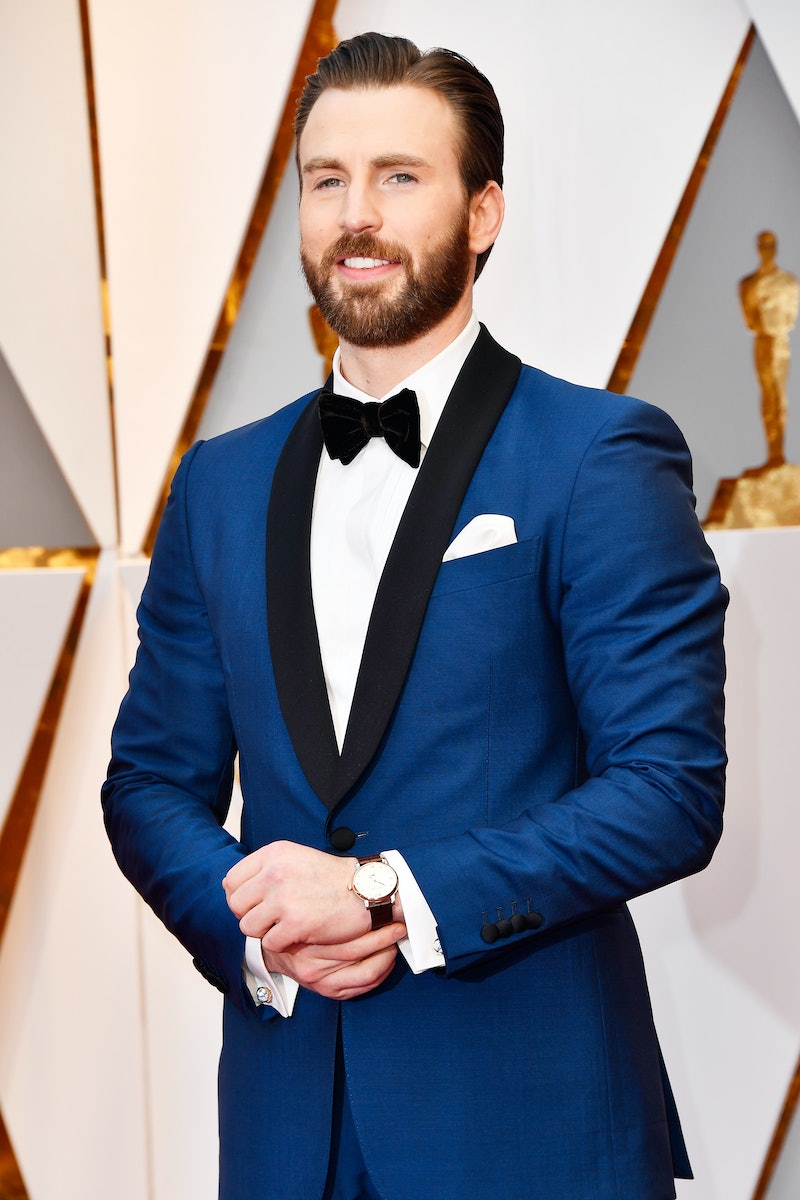 Want a date with Chris Evans? Sure, we all do, but some very lucky teenagers actually did get a chance to take him out and it likely happened without them even realizing it. Or, maybe they have since Chris Evans' Mystery Date photo seems to resurface every couple of years. Once again, Evans' photo, which is just *chef's kiss*, from this old board game for teens has blessed our timelines, which means fans get to revisit the story behind this viral photo that Avengers fans can't help but love 3,000.

This very '90s photo of Evans that will give you all the feels is an oldie but a goodie. Especially if you're someone who spent their youth actually playing Mystery Date, a Milton Bradley board game in which the goal was to find the guy of your dreams by calling him up on the very cool electronic phone. One of the many guys you could win a date with believe it or not was Evans, better known as "Tyler" in his Mystery Date days.

“Wow @ChrisEvans I think you have some explaining to do ‘Tyler,’ " writer Dana Schwartz tweeted on Wednesday (June 26), with a photo of Evans from the 1999 edition of the game where he was known for taking his dates to a secret beach. That totally explains that surfboard and wetsuit of his.

While Schwartz like many others was shocked by these findings — "I can't believe my twelve year old self was dating Chris Evans this whole time," she tweeted — no one really should have been. This isn't the first time Evans' Mystery Date past has taken the internet by storm — and let's be honest, probably isn't the last.

Back in 2015 was when Evans first talked about his board game days, which was a one-day shoot on a soundstage very early in his career. In an interview with AskMen, Evans laughed about the photos of his surfer dude dream date persona saying, "I think his likes were surfing, hanging out with friends, barbecuing and talking on the phone."

Honestly, Tyler sounds delightful, even if the guy playing him has no idea how to hold a surfboard.

In another 2015 interview with Entertainmentie, Evans admitted the Mystery Date gig was a big deal for him. He was 15 when he got cast and still remembers getting the answering machine message from the casting agent about the job.

For anyone who really wants to date him, though, he revealed Tyler's likes are misleading. "I hate surfing," Evans said. "Truth's out, I've never surfed," which is why he got a good chuckle out of the fact that he's wearing a wetsuit.

It's also unfortunately not his voice in the game. But, incase you're interested in playing Mystery Date, Evans revealed that he still has a few copies. "My mother has everything I've ever done," he said.

It's not all that surprising that Evans was such a good sport about his Mystery Date past. After all, this is the guy who, as of late, has been posting his early headshots on Twitter in which he appears to be channeling his inner-Tyler minus the surfer lewks.

Instead, in one of the best #TBTs, Evans is all about Sean John velour sweatsuits, which perhaps would be perfect for another board game in the future.