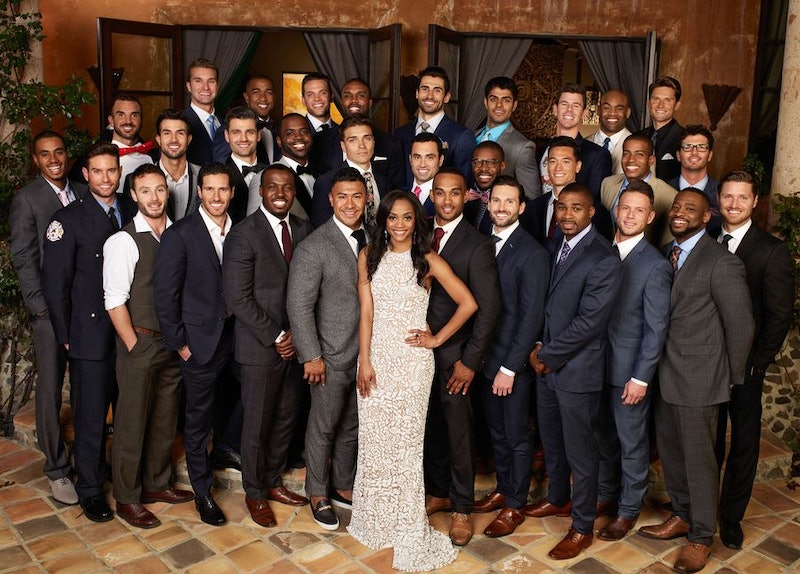 ABC/Craig Sjodin
By Alaina Urquhart-White
May 18, 2017

Raise your hand if you are beyond excited for Rachel Lindsay's season of The Bachelorette. The fact that she was announced as the next Bachelorette before she was even eliminated from Nick Vial's season, and was ambushed with a handful of her contestants on After The Final Rose, makes it clear that nothing about this season will be standard or boring. Well, get your wine ready, because Chris Harrison already has Bachelorette frontrunners picked, which mean you will want to keep your eye on these guys.

Who are the lucky five picks that Harrison sees going all the way to the final rose ceremonies? Well, they are the few men that he thinks truly have what it takes to handle the strong, take-control attorney from Dallas. Because, let's be honest, it's going to take a pretty amazing specimen to deserve Rachel's heart. He is also going to have to pass all of Bachelor Nation's approval, which is no easy feat, I promise you.

Without further ado, here are the picks that Harrison thinks you should be looking out for. Who knows? Maybe one of the lucky dudes below will be embraced the way we all (eventually) embraced Corinne Olympios.

This is actually the cutest story known to mankind, because Rachel and Fred already crossed paths in life. Fred is from her hometown, and they went to camp together as teenagers. She was the cute camp counselor that Fred had a crush on. Literally, wrap it up now. Show is over. Fred wins.

Not sure if I understand this pick, because I'm still horrified that Dean used the whole "I'm ready to go black and never go back" line when he met Rachel on AFTR that made me slap my palm onto my head so hard that it crumbled into dust. Apparently, Rachel reassures him during the season that she found it kind of funny and charming, so that's promising. But I still have my eye on you, Dean.

I kind of love Kenny, guys. He is a professional wrestler who works under the name Pretty Boy Pitbull Kenny King. He also has a 10-year-old daughter and is apparently a sweetie pie outside of the ring. I love how unique and adorable he is.

Bryan is described by Harrison as a "charming, Colombian, Latin-lover type," so what else do we really need to know?

This was another of the AFTR introductions, and he was a super bold, awesome dude in my opinion — and in Harrison's, apparently. He was the one who bought the plane ticket, ring and was ready to just run away that night with Rachel. I love this guy's chutzpah.

It looks like Rachel is going to have an insanely difficult decision on her hands this season. I am super excited to see who ends up proposing. You know, since she confirmed that she is currently very engaged.