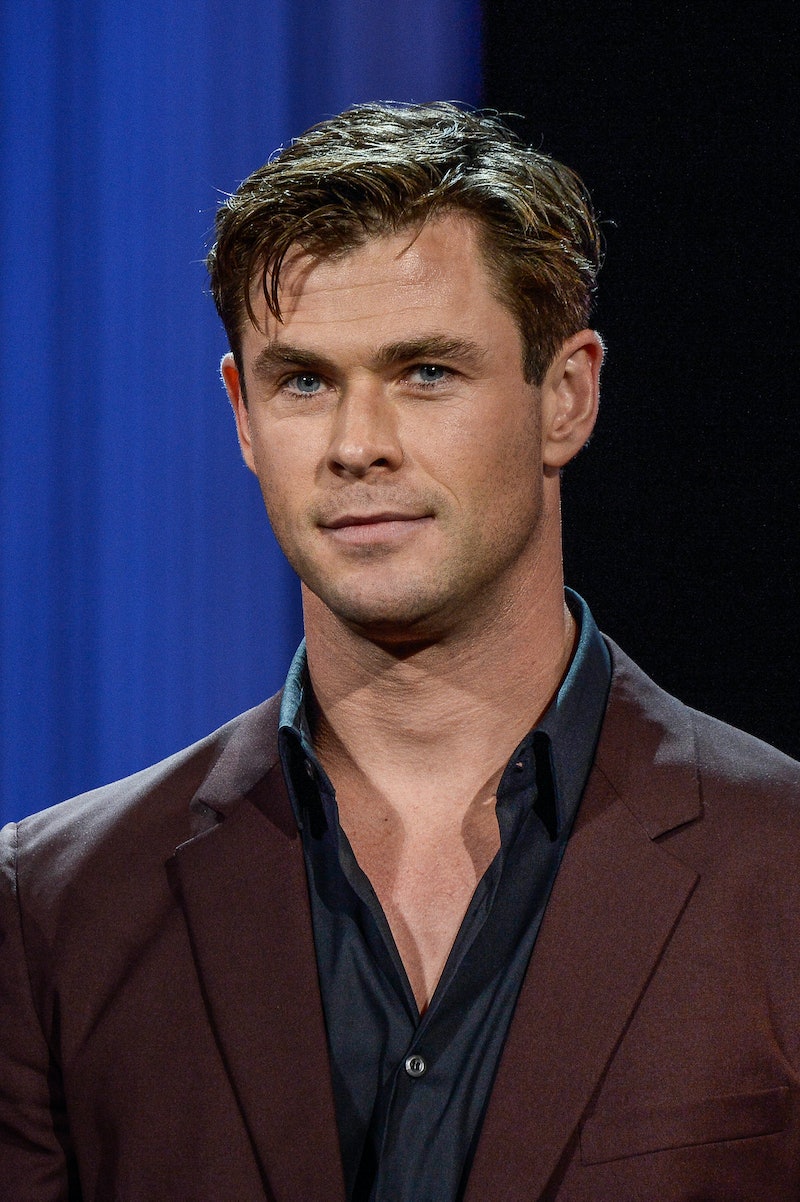 Proving that his heart may actually be his biggest muscle, Chris Hemsworth "was about to quit" acting but kept persevering for such a selfless reason. Following a powerful — albeit brief — appearance as George Kirk, the father to actor Chris Pine's James Kirk, in the prologue of 2009's J.J. Abrams-directed Star Trek film, his acting gigs dried up for an excruciating eight months, he revealed in a March 2019 Men's Health cover story.

"I always wanted to act, and one of the first things I wanted to do when I got any money was pay my parents’ house off," the native Australian actor told the magazine. "I’d asked Dad once when he thought he’d pay it off and he said, “Honestly, probably never.” Most people are in that boat and I wanted to change that."

With that motivation firmly planted in his brain, Hemsworth said he was "super active with auditions," but after failing to score any major roles, he admitted that he "got more and more anxious, to the point where I couldn’t harness that energy."

The eight-month period he spent unemployed eventually began to take its toll. "I was trying to convince myself I wasn’t nervous before auditions rather than grabbing hold of it and going, [deep intake of breath] “Use it, raise up your awareness here, sharpen your focus,”" Hemsworth added in the interview. "And then my mentality changed, which came from being at a point where I was like, “I’m going to go back to Australia.”

Even so, he decided to give it one more try and auditioned to star as a college student in the horror flick The Cabin in the Woods — a role that he ultimately secured. Although the film didn't hit theaters until 2012, it was actually filmed in 2009. "I was like, “Do this for his house. Think about reasons other than yourself,” he added to Men's Health.

The rest, of course, is history. Not only did he land that part, also followed by a starring role in the 2012-released action-thriller Red Dawn, but he, then, picked up his hammer to join the Marvel Cinematic Universe as the god Thor. It was a lesson in never giving up, he explained to the mag:

"Someone said to take a bat-and-ball approach to auditions. So there’s your audition, then boom, on to the next one. You can’t be thinking about that last one. That’s where the fear comes when you’re like, [raises pitch of voice] “Oh God, everything’s relying on this one single moment.” Which nothing is. No single moment ever defines your journey. There are so many complicated pieces of the puzzle. I’ve found it comforting letting go a bit."

In the vein of the recent viral #10YearChallenge, he also reflected on growing more than just his physique in the past decade, namely becoming more comfortable in his skin. "I’ve stopped trying to go, “Who do I have to be? What personality do I have to shape in order to succeed?”" the actor, who recently launched a new mind-body fitness app Centr, also shared. "And just going, “Truly be yourself” ... that’s when things started to change; that’s when I felt happier. I got a better response; my work got better. It’s an interesting one, to have people who inspire you, your hero—if you try to mimic that, it’s just not true to yourself. You can allow them to be an inspiration on step one, I guess. But the real work is, who am I?"

Not only could Hemsworth easily win a "Son of the Year" award, he's also a strong role model for those who need a reminder to keep pushing, even when the going gets tough.