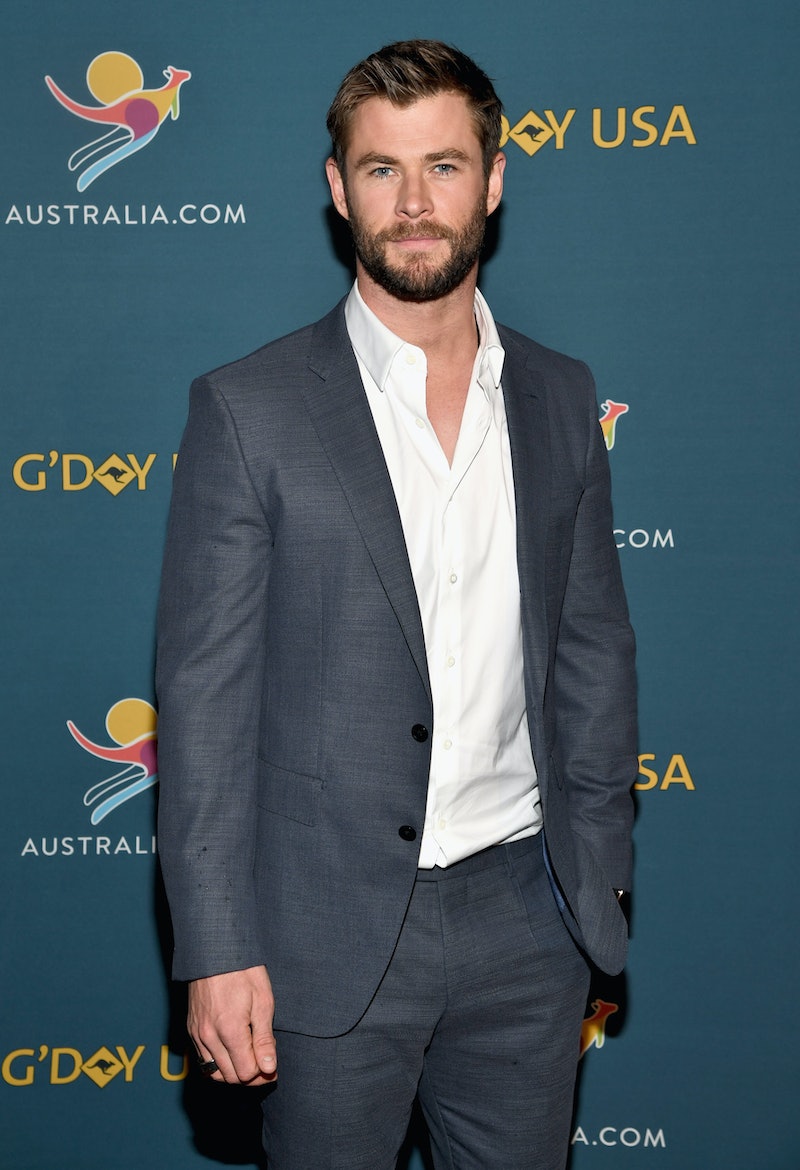 All other famous Chrises can go home because one clear winner has emerged in the Great Chris Debate of 2017. That winner is Chris Hemsworth, whose recent Avengers: Infinity War Instagram video is a comic look about Thor's role in the next MCU film as well as a cheeky look at how Hemsworth takes the news that Thor isn't special enough to get his own MCU doll. As per usual, Hemsworth is firing on all cylinders at amusingly self-deprecating video and honestly, it's the one thing that you need to watch after a long Monday.

Early Monday, Hemsworth posted a damn fine video to his Instagram where he walked in on the Infinity War team staging a fight sequence for the film using action figure versions of the Avengers characters. Hemsworth walks in, asks what's going on, jokes about the crew "playing with dolls" as he jostles the Captain America doll, and then looks crestfallen because, alas, the Thor action figure is not present. What the hell, guys?

Hemsworth is clearly miffed and it looks like he hasn't forgotten Thor's exclusion from Avengers: Civil War because he's all too quick to take out his feelings on these actions figures. Of course, it's all part of a big joke to build up the excitement for Infinity War, but damn if it isn't also just a genuinely great sketch.

I mean, where to begin with this beautiful video? It's hard not to chortle when Hemsworth picks up the Hawkeye action figure and comments that he looks like he's coming home from a Berlin rave at 3 a.m. It's also hilarious to watch him summon Mjolnir and bat various Avengers off the table. But my favorite part is probably when he knocks over Spider-Man and comments that, "He's just a kid. He can fall over." Bless this man.

The video is reminiscent of the Team Thor featurette that Hemsworth made while shooting Thor: Ragnarok. Like Team Thor, Hemsworth puts his comedic skills on display and reminds us that he's more than a pretty face. If anything, I sincerely hope that Infinity War makes good on these comedic inclinations of Hemsworth's and gives him more opportunities to show them off in the upcoming film. For now, though, I think I'll just be watching this video on endless loop because it's that good.