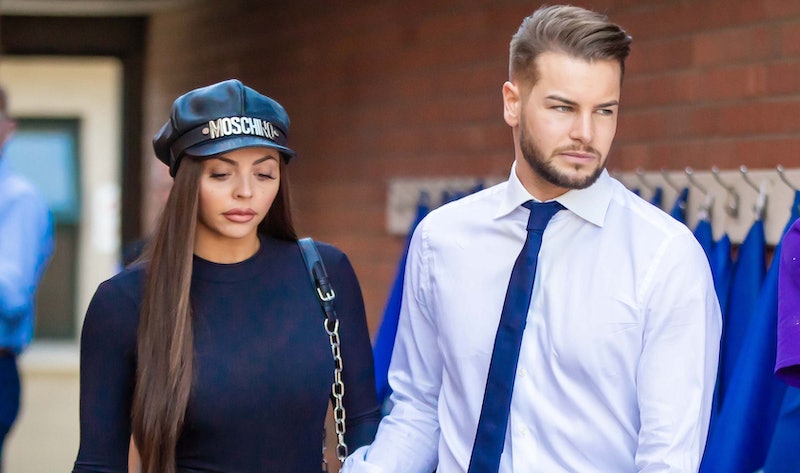 The internet is just about the biggest double edged sword of our time. On one hand it connects, informs, educates. On the other, it is a way for criminal enterprises to thrive, people's private information to be shared, those darn algorithms to tell us how to live, and of course for people to be truly horrid in general. It's the last one that, as somebody who often trawls through social media as a part of my job, truly shocks me. And one celeb in particular has had enough. Chris Hughes defended his GF Jesy Nelson on social media and, TBH, good on him.

It was after Hughes posted a cute AF selfie of him and Nelson together, looking happy and in love as per, that it all of this kicked off. Because someone felt the need to say something cruel and unnecessary about Nelson's appearance. Unsolicited negative comments. What social media was made for, right? Wrong.

OK Magazine is reporting that the photo of the pair, chilling at home with chocolates and sweets, sharing how, instead of going to the cinema, they chose to stay in and have a snack attack elicited mostly positive remarks. However, one troll felt the need to be nasty AF, commenting: "I would rather pay cinemas prices than be led next to that sooooooo much makeup but she was always the ugly one."

Hughes took action, screenshotting the comment, and sharing it on his Instagram stories. He also added the fairly succinct line, "What a c***."

After this, OK reports that Hughes took to his Instagram stories to sound off on trolls: "Find it so strange that grown women enjoy insulting young girls they don’t even know…. honestly."

Adding later that he can only feel pity for people who think it's ok to treat people like that.

"Some of the people that follow me and give my girlfriend abuse is actually sickening. Your lives must be so miserable, that you can only feel for them."

Now, as I mentioned before, some of the comments you see people post, I would never even think about someone. And this was a case of precisely that. Cyber bullying and trolling is definitely not a new thing, nor is it a new experience for Nelson, who has been the victim of nasty and needless cruel jibes since the very beginning of her career.

In recent times, she has spoken out about the affect that all of this bullying has had on her and the toll it took on her mental health. Recently she collaborated with BBC3 to make a documentary about mental health, and her experiences dealing with mental health issues.

Speaking recently via her Instagram account in a super heartfelt post, she also shared her experiences with periods of sadness and how she used to feel she had to bottle all of her emotions. Comparing sadness to a fit of the giggles, she asked why the hell don't you let tears out the way you let laughter out?

"So if you're feeling sad today just be sad, be bloody f***ing miserable because sometimes you just need to be sad and that's ok."

Although this kind of cyber bullying is horrific and needless, I'm glad to see that Nelson is using her voice and experiences to be an advocate for mental health among young people. Also glad her boo has her back. #couplegoals