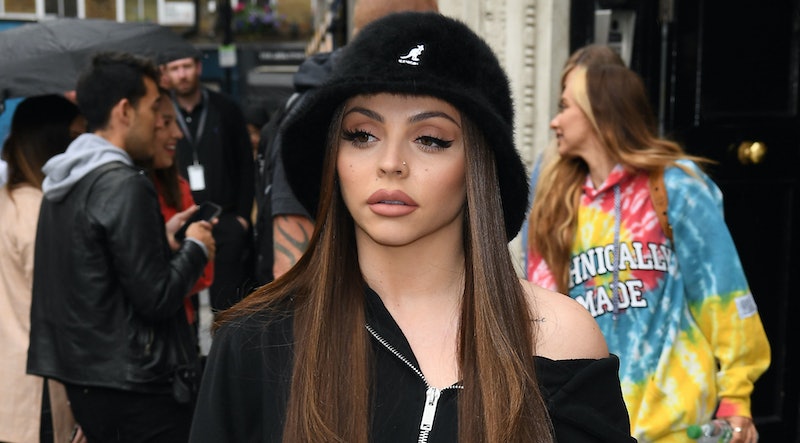 British girl group Little Mix have been in the public eye since being crowned the first group to win X Factor back in 2011. The foursome consisting of Jesy Nelson, Leigh-Anne Pinnock, Jade Thirlwall, and Perrie Edwards have gone on to achieve international success, gaining number ones and performing with massive artists like Nicki Minaj. In recent months, the girls have been very honest with their fans about their personal struggles, including Jesy Nelson, who opened up about her mental health via Instagram yesterday (Aug. 6), speaking about how she experiences "random waves of sadness" and how she believes crying is healthy.

The 28-year-old singer from East London took to Instagram yesterday to release share a message with fans about her mental health journey and why she thinks expressing your emotions is beneficial. The first part read:

“Sometimes out of nowhere I'll get these random waves of sadness and I don't know how they get there but they just do! Most of the time when I have these moments i just want to burst into tears and just let myself be sad. Not so long ago i used to just hold it all in and try to forget about it, or think of things that didn't make me feel that way to stop me from crying. But isn't that ridiculous?”

Jesy Nelson hasn't always had the easiest time in the public eye, having experienced cruel online bullying from as early as 2011. Speaking to Cosmopolitan in 2016 about the bullying, she said: "It used to make me cry. I was shocked at the time. I was a young girl and I thought, 'What have I done to you? Why do you have to be mean to me?’ I'm not a nasty person and I took it to heart."

“When we laugh whether it be a giggle or a roll on the floor wet ourselves moment, our brains don't suddenly say you feel happy but don't laugh so cover your mouth. We let it out because it feels good to laugh because it's a natural emotion. So why do we stop ourselves from crying? If I feel sad now I let it out. I just cry because it actually makes me feel better not weaker.”

Her bandmate Perrie Edwards has also spoken about her anxiety on Instagram in the past, saying: “I felt so alone and like I was the first person in the world to ever experience it." Leigh-Anne has also been honest about her struggles in the past, speaking to Glamour about her experience with racist hate online.

As Bustle has previously reported, Nelson recently collaborated with the BBC to produce a film about mental health. "Mental health awareness is something we should all be talking about more," she wrote on her Instagram. "Having suffered myself I decided I want to do something about it. So I’m pleased to announce I'm making a film with the BBC, telling my own personal story and exploring how social media, body shaming and trolling is effecting the mental health of young people." A release date for the film is yet to be announced.

Nelson ended her post yesterday by explaining nobody is alone, saying:

“So if you're feeling sad today just be sad, be bloody f***ing miserable because sometimes you just need to be sad and that's ok. Anyway I just wanted to share that with you all because if you are feeling this way you're not alone in feeling like that.”

Her message yesterday on social media illustrates the important idea about how helpful it can be to be honest and open about your feelings and the hardships you're going through. It also proves that celebrities are only human, and things might not be as perfect as they seem on social media.