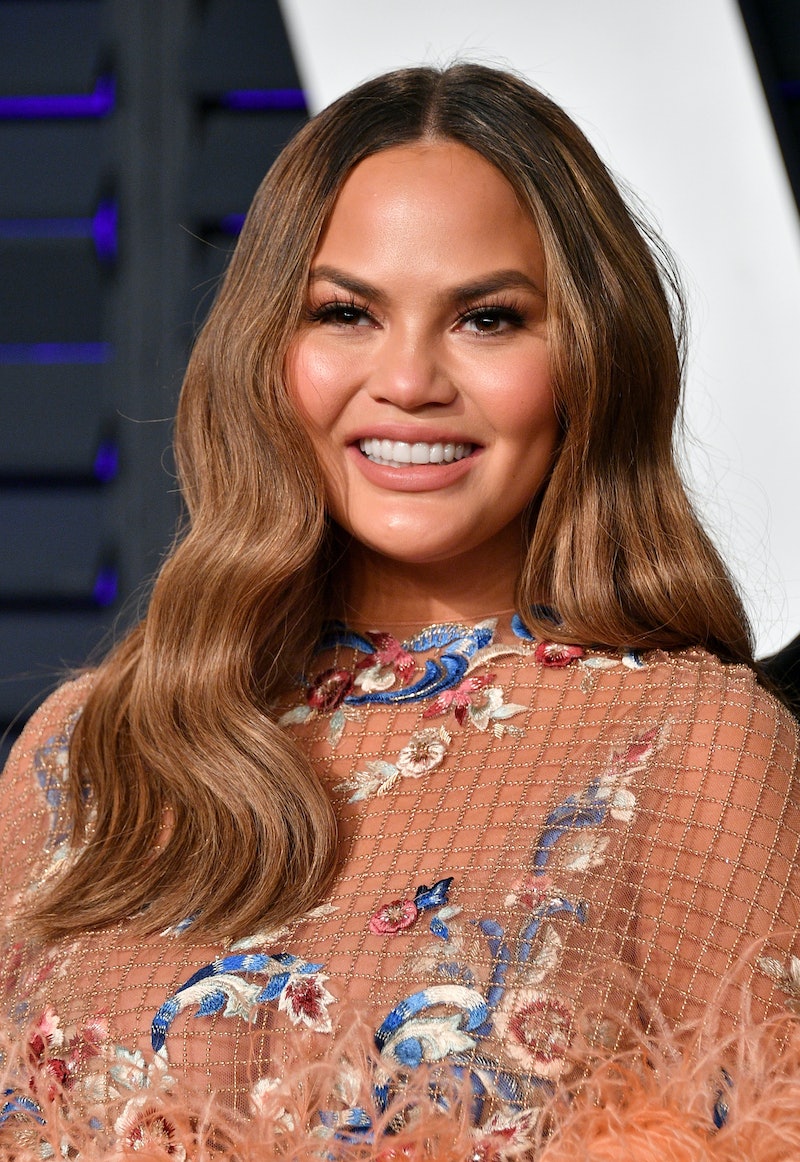 This major announcement is long overdue. Chrissy Teigen is launching a recipe website, the cookbook author tweeted on Wednesday. This is truly exciting news, especially for those who want access to new recipes from Teigen at all times via the internet. Also, it's safe to say that she's just as excited as many of her fans are about having her very own online recipe source.

"oh man...after mannnnnny years of talking about it and muccccch work by many extraordinary beings, I am finally going to have a WEBSITE on the INTERNETS!" Teigen first shared on Feb. 27.

What makes her future website even more thrilling is that the Lip Sync Battle star wants input from fans. That's right, she wants to hear directly from you about recipes you want her to make. This means that you'll somewhat help shape her website. How cool is that? As she shared on Twitter,

"I want to fill it with recipes upon your arrival (new! not the same from the books) - I would love for you to tell me what I should make! Please let me know here and I will screen grab and tag your questions or recipe requests on the site!!"

Oh, and the more specific you can get the better. Like Teigen also tweeted, "please try to make it more detailed than 'salads' you nuts - get specific! <3 <3 <3"

As fans know, Teigen is no stranger to food. First of all, she has two cookbooks — Cravings and Cravings: Hungry For More. She's even planning on releasing a kid-friendly cookbook. During #CRAVINGSFEST in New York last October, People reported Teigen told a fan who asked her about writing a children's cookbook, "I really wanna make it awesome. I know kids have really simple palates and we all want to make them more refined, but they’re just kids, so we’re gonna do stuff that kids are going to love."

Speaking of kids, Teigen tries testing recipes on her daughter, Luna, who is quite the picky eater. The mom of two also found a genius way to get her 2-year-old to eat by having her order and pay for her own food from a menu crafted by Teigen.

If that isn't enough, Teigen also shares recipes pretty much daily on social media, not to mention constantly posting cooking videos on Twitter and Instagram. Oh, and she even has her very own Target kitchenware and tableware line appropriately called Cravings by Chrissy Teigen.

Cooking is a big part of her life and has even become a proud moment for her. When she released her very first cookbook, Teigen felt like she accomplished something quite huge, which she absolutely did. In her March 2017 Glamour essay, where she bravely discussed her battle with postpartum depression, Teigen said about writing Cravings, "When my first cookbook came out, I finally felt proud of my work."

So, yeah, a recipe website is the perfect next step for Teigen. At this time, it's unclear if Teigen will end up incorporating other elements into her website or it will focus mainly on recipes and cooking. Whatever the case, her website will no doubt be a delicious success.