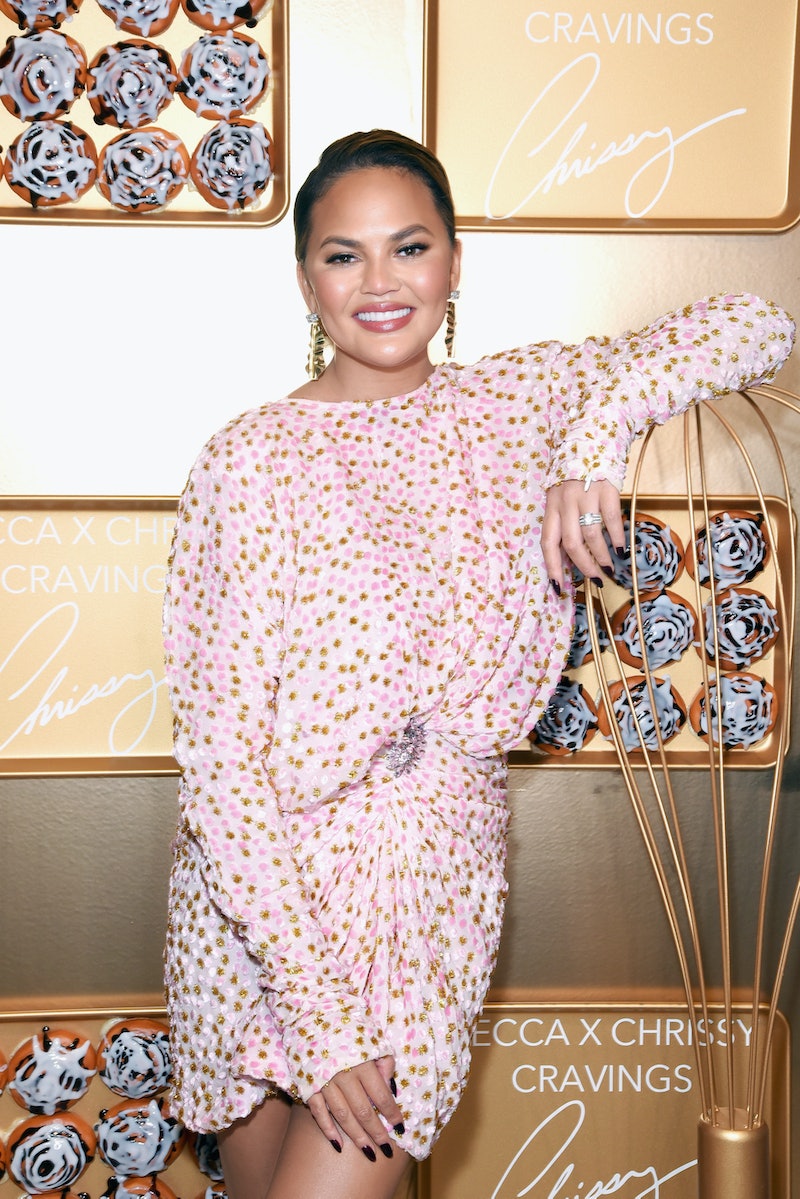 Parenting two kids under four at the same time is no small undertaking, and Chrissy Teigen is learning the ropes first hand. In an interview with E! News, she shared some details about "the controlled chaos" that she calls her family's life, including her plans for the upcoming first birthday celebration of her son Miles. It sounds like Teigen plans on Miles' first birthday being a low-key affair, and it's all thanks to the lessons she learned from throwing her daughter Luna a major bash.

"I think after seeing Luna and the scale of the birthday party we threw was, kids are just so happy doing something small that they love," she told E!. "We learned that the first time around with Luna. She would've just been so happy with a sandbox and a pool and like, some fish sticks. She didn't need, like, all of the hoop-lah. Because sometimes they actually shut down with it. There's too many friends, there's so much this. And we as parents I think do it mostly for ourselves. So we don't really need that kind of celebration though, so I think we're just gonna try to keep it happy and just do what they like to do."

That's why Teigen is choosing not to make a huge ordeal out of Miles' first birthday, according to her interview with E!. But it's worth considering that compared to her daughter Luna's birthday parties, or the celebrations of her close friends the Kardashians' kids, it still could end up being something slightly grand.

Luna has had quite the three birthday celebrations during her short life. John and Chrissy handmade her first birthday cake with all of the edible glitter and she was gifted a personalized "Luna's Kitchen" play set. Birthday number two really kicked it into high-gear with a Sesame Street theme and a custom cake with a street sign that read "Luna Street." This year, Luna got to spend her birthday in the happiest place on Earth with some of her favorite Disney princesses. She also got to live out her dream of being a manicurist.

Even in preparation for Luna's second birthday party, Teigen tweeted that she never thought she would plan such an extravagant event for her child. "I have officially finished my second cookbook and am wrapping up big fall project planning ohhhh it's a joy! now I am planning a two year old's birthday party," she tweeted. "I never thought I'd be this mom. I have always been so anti-parties they won't remember. who am I."

Well, it looks like her old self finally caught up with her current self, because she's looking to leave the over-planned events behind her. Who can blame her? Having two kids under four can no doubt be challenging (and fun), and making things easier by keeping parties as calm as possible is a really a no-brainer. Especially since as Luna and Miles grow, life is only going to get more chaotic — in the best way.