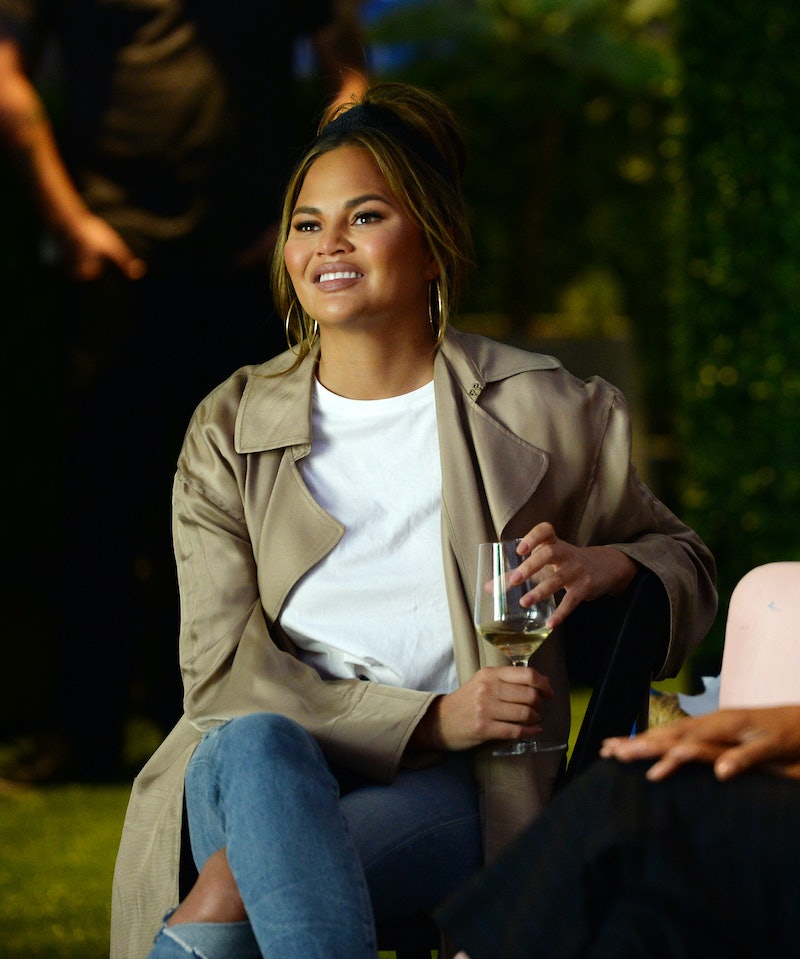 Chrissy Teigen is known for being relatable while simultaneously being an incredibly famous millionaire married to incredibly famous millionaire John Legend. But, after a particularly controversial AirPod tweet, Teigen apologized, opening up a conversation about privilege. On Nov. 6, Teigen tweeted that her mom — Vilailuck "Pepper" Teigen — treats her AirPods "like they're disposable." While the tweet was intended to be a funny story about her mom, fans called Teigen out in the replies for not seeing how extravagant and wasteful it was. But, ever the social media savant, Teigen replied to her fans and used the opportunity to recognize her fame and wealth can lead her to be out of touch with the rest of the world.

The anecdotes Teigen shares about her personal life on Twitter are one of the reasons the model-turned-TV-personality-turned author is so beloved. But her tweet on Nov. 6 missed the mark, and she knows it. "my mom treats her air pods like they're disposable. buys a few a month. she says they would be easier to not lose if they had....a cord," she wrote. The joke, of course, being that traditional headphones do have a cord, so Vilailuck should invest in them if Apple's wireless Bluetooth earbuds aren't working out so well for her. But many people didn't see this particular insight into Teigen's family life very humorous.

On Apple's retail store, AirPods start at $159 with the "pro" version costing $249. So, naturally, people began jokingly asking for Teigen to pay off their student loans in the replies, and more seriously discussing how many of her followers can't even afford health care let alone expensive headphones. Articles from Vice and The Washington Post about the wastefulness and environmental damage of AirPods — the design makes it impossible to replace the batteries and they are extremely difficult to recycle — were also dropped in the replies.

The outrage led Teigen to reply on Nov. 7 where she clarified she had been exaggerating about her mom replacing her AirPods so frequently. But she also took in the feedback from her followers, admitting that her tweet "came across as super tone deaf and icky." She added, "I promise I will not always say the right thing in the right way but I also promise I hate disappointing or pissing you guys off. I'm sorry and I will do better to not be such an assh*le."

Teigen also took the time to reply to some people directly, promising that she would make an effort to do better going forward.

That said, fans can still expect to continue hearing funny stories about Teigen's mom on Twitter. Pepper lives with Teigen and Legend and is often a source of inspiration for Teigen on social media. Teigen even tweeted in 2017, "My mom keeps liking tweets of people hating on me." So Teigen — and her mom, Pepper — are well-equipped to handle the backlash.

More like this
Twitter Is Having A Meltdown Over Buying Beyoncé Renaissance Tour Tickets
By Jake Viswanath
The Beyhive Is Mad At Harry Styles After Beyoncé’s Album Of The Year Snub
By Jake Viswanath
Beyoncé Has Officially Won The Most Grammys Ever & Twitter Is Losing It
By Jake Viswanath
Matt Hancock’s TikTok Is The Most Matt Hancock Thing Ever
By Sam Ramsden
Get Even More From Bustle — Sign Up For The Newsletter
From hair trends to relationship advice, our daily newsletter has everything you need to sound like a person who’s on TikTok, even if you aren’t.