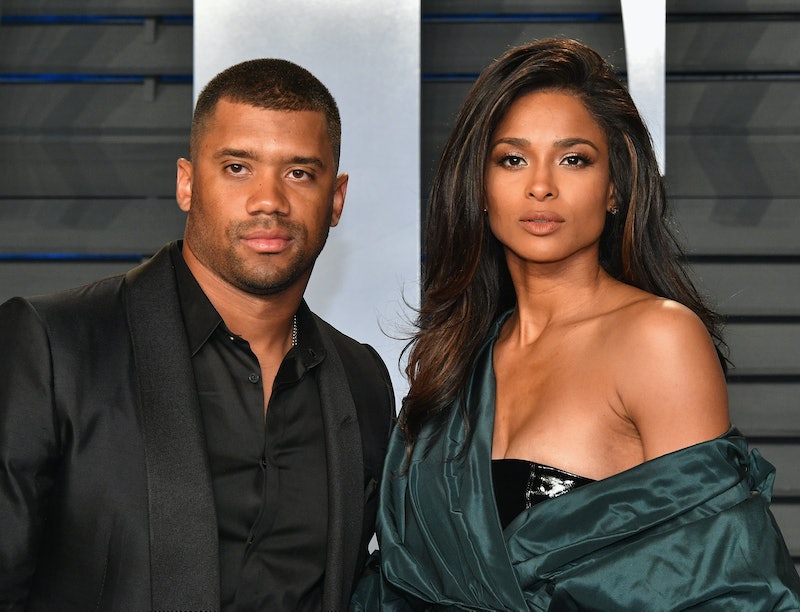 Following news of her husband Russell Wilson's monumental NFL contract signing, Ciara commented on her commitment to abstinence before marriage and how she got through it with the star quarterback. Ciara and Wilson, who married in July 2016, famously stayed abstinent for more than a year before tying the knot at Peckforton Castle in Cheshire, England. During a recent appearance on Watch What Happens Live with Andy Cohen, Ciara discussed what impact the choice had on her life, admitting that it was pretty tough at times. "[It taught me] patience, the singer explained. "We dated for a year... We were engaged within a year." She added, "We held it down. We prayed, we talked, we encouraged each other. It's not easy."

During her chat with Cohen and co-guest star Lisa Rinna, the pop star also spoke about she and Wilson’s highly talked about the Instagram announcement video, which was filmed from their bed after Wilson signed a reported $140 million contract extension with the Seattle Seahawks, making him the highest-paid player in the NFL.

Gathering more info about Wilson's new contract, Cohen questioned, “Was there a moment when you thought he wouldn’t take the deal?” However, it seems clear that Ciara was standing by her man no matter his choice. "I'm so proud of him," she replied, adding, “You know, it was a process. It really went down to the wire, and you just don’t know what’s gonna happen until that very last second.”

While on WWHL, she went on to address buzz about her hubby possible signing to the New York Giants, explaining,

“There were a lot of rumors, but we love being Seahawks. Seattle’s amazing. It’s family. It’s ‘Go Hawks’ for life. This is a special time for us, and we’re glad to know that Seattle is continuing to be home.”

After announcing the news along with Wilson, Ciara also took to social media to congratulate her husband. Posting a picture of the football player on Instagram, she shared the caption:

"I watch you put everything on the line every Sunday in pure amazement. Your dedication, consistency, and commitment to the game never wavers. You’re always the first person in, and the last person out. You’re 1 of 1. The hardest working man I know! So proud of you baby! Giving God All the praise. #GoHawks"

It goes without saying that it's going to be an extremely busy this year for the Wilson household. The 33-year-old entertainer, also a mother of two, is due to drop her seventh studio album, Beauty Marks, on May 10 of this year.

As Ciara and her hubby Russell Wilson continue to build their family empire, their commitment to one another remains clear.