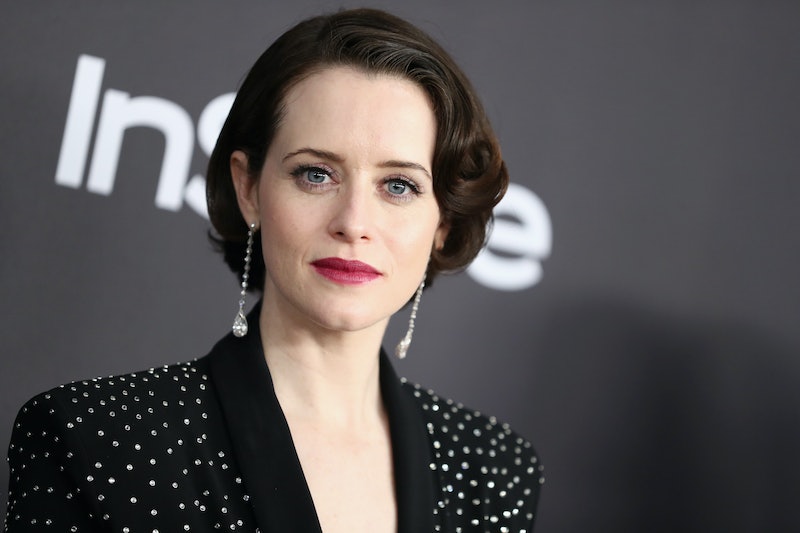 Claire Foy did not have it easy while growing up. While middle school and high school can be a difficult and alienating time for everyone, Foy recalled her own personal challenges while attending school in a recently published interview withWSJ. Magazine. The British actor, who stars in the Netflix series The Crown, struggled with anxiety and juvenile arthritis in secondary school, she told WSJ.

“Feeling stupid is not a nice thing. I wasn’t really good at anything. I was relatively good at home economics, at making cakes, and I was quite sporty,” Foy told WSJ. “But I had juvenile arthritis from the ages of 12 to 15, so I was on crutches.”

Juvenile arthritis, or pediatric rheumatic disease, affects almost 300,000 children in the United States, according to the Arthritis Foundation. Rather than one specific disease, juvenile arthritis is an umbrella term that refers to multiple autoimmune and inflammatory conditions or diseases that can occur in kids below the age of 16. Symptoms and their severity can range depending on the person’s specific condition, but they can include joint swelling and stiffness, joint and muscle pain, fevers, rashes, and limping.

In Foy’s case, in addition to using crutches, the actor’s nights were filled with pain due to her condition. It was around this time that she began experiencing anxiety, which she still deals with, she told WSJ. The actor didn’t fully realize she had anxiety until later in her life, though. “Anxiety was part of my life at that age, but I didn’t realize that was what it was until my mid-20s,” she said.

Reflecting on her time acting in school plays, Foy described some of her anxious pre-show habits. “I liked rehearsals, but on the day that we had to do it in front of people, I was absolutely fucking terrified,” said Foy. “I realized the only way I would make myself calm down was to walk around the room, pacing in a circle. People must have thought I was mental.”

This isn’t the first time the Emmy award-winning actor has discussed her anxiety publicly. In a 2018 interview with The Guardian Weekend magazine, Foy described how she’d dealt with anxiety her entire life, noting that it’d “exploded” since she’s become more famous. Foy acknowledged that she’d come to terms with the condition. “I used to think that this was my lot in life, to be anxious. And that I would struggle and struggle and struggle with it, and that it would make me quite miserable, and that I’d always be restricted,” she explained to The Guardian. “But now I’m able to disassociate myself from it more. I know that it’s just something I have — and that I can take care of myself.”

Foy's candidness about her anxiety follows a trend of celebrities speaking out about their mental health and personal challenges. By going to therapy and meditating via the app Calm to help manage her mental health, Foy told WSJ that her anxiety is now “not as bad as it was,” though she achieved this through “a lot of work, doing things that I never thought I would do.”

More like this
This Psychological Effect Might Be Keeping You From Hitting Your Goals
By Lexi Inks
Rachel Zegler Reveals She Had Breast Cancer Scare
By Radhika Menon
Ryan Reynolds Shared His Colonoscopy On The Internet After Losing A Bet
By Jake Viswanath
Got Brain Fog? Here Are The Best Supplements For Memory & Cognition
By Carolyn Steber
Get Even More From Bustle — Sign Up For The Newsletter