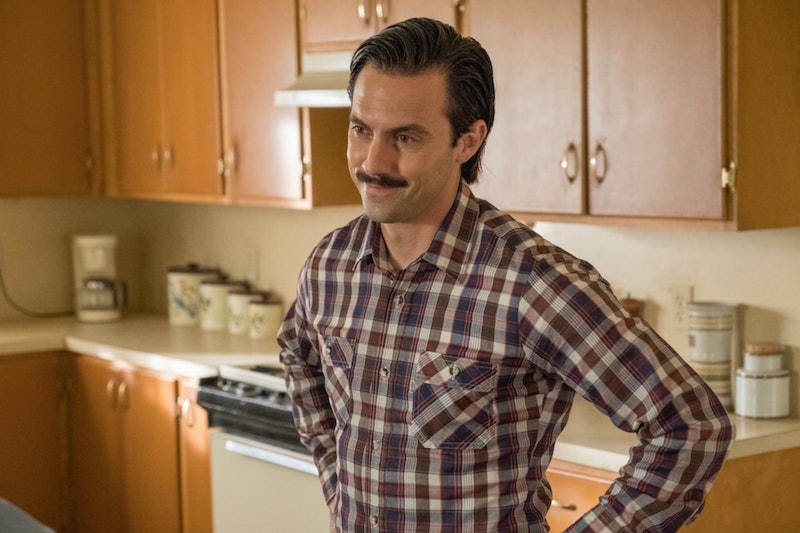 Jack's experience in Vietnam is a This Is Us mystery for the ages, and the added question about what happened to his brother only makes thinks murkier. The assumption until recently has been that Jack's brother Nicky is long gone — a direct casualty of the war. But in certain corners of the internet, skeptical fans are piecing together clues that Jack's brother isn't really dead on This Is Us.

I know, I know — it sounds far-fetched, and really, it is. But the show has thrown us for crazy loops before, so we shouldn't write anything off for sure. Jack has talked about being in Vietnam with his brother, and in one scene, we even see him analyzing old photos of him. The show definitely wants viewers to think Nicky is dead, but we still haven't actually seen him die in on-screen, nor has Jack or anyone else in the family visited his grave. When Jack and Randall went to the Vietnam memorial last season, Jack definitely became emotional at one spot on the wall, but the camera didn't explicitly show his brother's name.

Now, some viewers are speculating that though Jack has said Nicky was gone, he might not mean in the literal sense. "Nicky is indeed dead, right? I keep getting the feeling that when Jack is talking about Nicky's 'death,' maybe the Nicky that he knew and loved is dead," one Reddit user, ForeverPluto, wrote in a thread about the show. "In other words, maybe Nicky is still alive but due to some serious PTSD, etc., he and Jack had a bad falling out where Jack or even Nicky decided to cut off all ties."

Another comment from nearly a year ago throws it way back, diving even further into why Nicky might not be a part of Jack's life anymore even if he actually survived the war. "Maybe Nick didn't die at all? There was a lady in the first season that asked Jack how he got back from war so "normal"; the war kind of messed up the minds of some young boys that fought in it," wrote used brubrubruna. "It was the first time we heard about Jack being involved in the army. Maybe it was also a foreshadowing. Maybe Nick came back totally crazy from the war and now is in some sort of asylum. Jack's dad can't handle it and blames Jack for 'not taking care of his brother.'"

Perhaps the biggest reason that Nicky could still be alive is just how cryptic Jack has always been regarding Vietnam. Throughout his life, Jack never talked about his brother, or the war, with anyone in-depth. Even Rebecca remained largely in the dark about his experiences there, and considering Jack's father has been dead for quite some time, he doesn't really have any remaining family members who may have let Nicky's true fate slip.

So what would it mean if Jack's brother was still alive? Kevin has already begun seeking out answers surrounding Jack's past, and as of the last episode, has apparently made contact with one of Jack's fellow soldiers. It's entirely possible that if Nicky is somehow still around, Kevin is well on his way to finding him, and that revelation would shake all of the Pearsons to their cores. They all miss Jack, and having his brother around to tell stories about him and act as a sort of father figure would probably make them feel like they have a piece of him back. But on the flip side, if Nicky isn't like Jack at all, or is too traumatized from the war to relate to the family much, a surprise reappearance might do more harm than good.