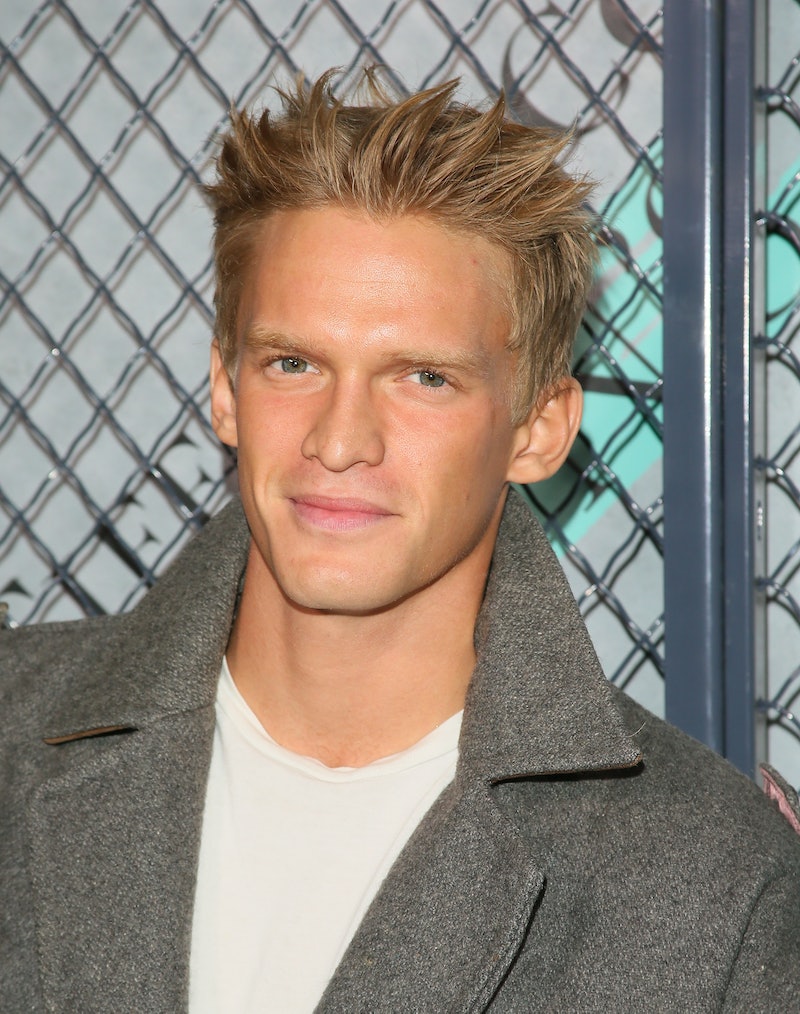 After flirty Instagram exchanges and public PDA, Miley Cyrus and Cody Simpson's new relationship may have staying power, based on this recent step forward. On Sunday, Oct. 13, Simpson's mom, Angie, gave her son and Cyrus her parental seal of approval with a message of support on social media, which was also backed up by Cyrus' mom, Tish.

On Instagram, Angie shared a black-and-white selfie of Simpson and Cyrus, where the "Slide Away" singer is grinning with her arms around her new BF. The proud mom wrote, in part, "Puts a smile on my dial to see you both so blissfully happy. Hearing your laughs and seeing the smiles on your faces lights up my heart." Like any parent on social media would, she threw in a few hashtags (including "#happyforyouguys") to really hit the point home.

The feeling is apparently mutual, since Cyrus responded with a slew of hearts. Cyrus' mom, Tish, wrote how happy the new relationship makes her, while her dad Billy Ray has yet to publicly weigh in. According to People, Tish also took her support offline by going out to breakfast with Cyrus and Simpson in LA over the weekend.

Despite what a big step getting parental approval can be for any couple, Simpson and Cyrus are still focused on having fun. While talking to reporters last week, Simpson said that he and Cyrus "have a ball" together, which he deemed "the most important part of a relationship." Meanwhile, Cyrus explained on Twitter that she is simply enjoying dating after being in a long-term relationship (a clear reference to her August split from Liam Hemsworth after 10 years together) and wants the public to "get used to" it.

"This 'dating' thing is new to me too. I've never been an 'adult'/grown ass woman experiencing this," she wrote in early October. "I have a great life I wouldn't trade for 'PRIVACY' but PLEASE don't make this awkward for me!" The tweets came soon after Cyrus and Simpson were spotted making out in a few public spots around LA and rumors about the pair had really ramped up.

According to their frequent Instagram updates, they've been spending a ton of time together lately, including Simpson serenading Cyrus in the hospital when she had tonsillitis. They also watched Elvis Presley's Blue Hawaii together, documenting their movie night for all their followers. As for what's next for the couple, a double date with Justin Bieber and Hailey Baldwin may be on the horizon, since Bieber recently teased he wants to set one up via Instagram.