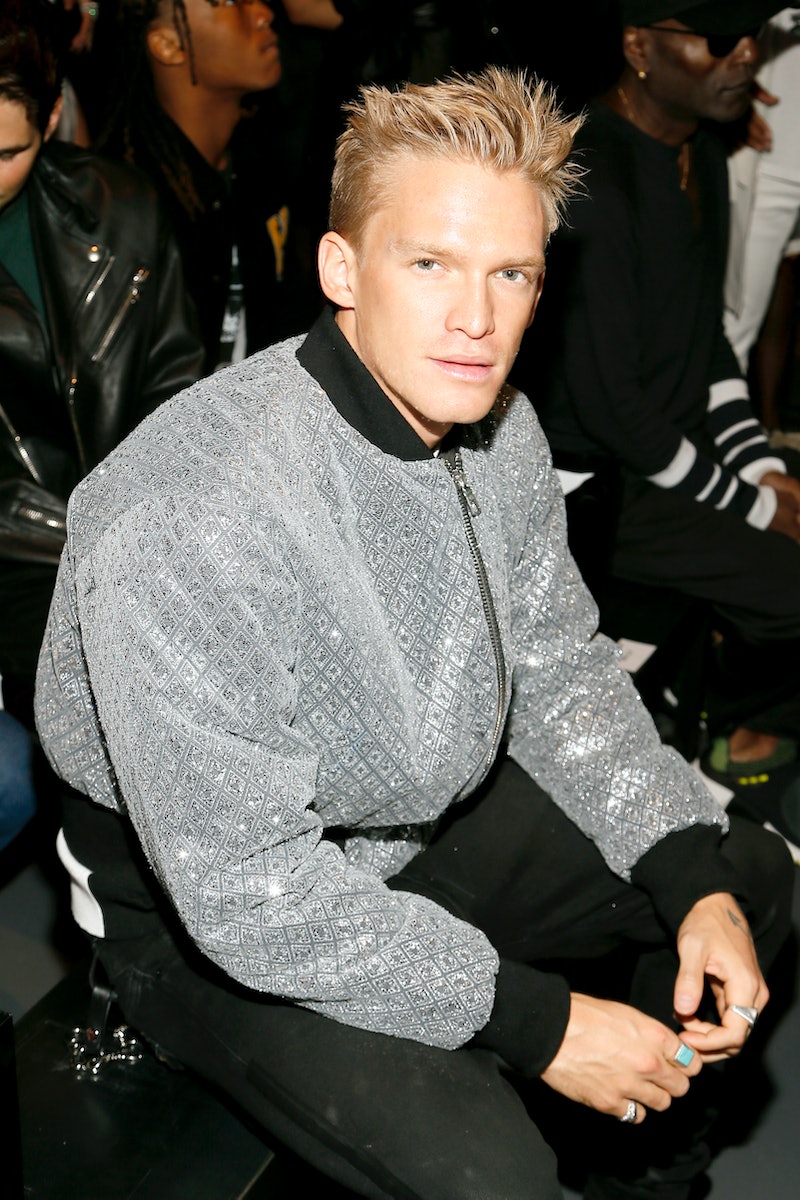 After sparking dating rumors for just more than a week, Cody Simpson shared why his and Miley Cyrus' relationship works. Admitting to reporters at a Friday, Oct. 11 Los Angeles event it's "safe to say" he and Cyrus are officially a couple, Simpson also revealed that the fact they "just have a ball" is "the most important part of a relationship." As for the reason they "get along so well," the Australian musician, who said he and Cyrus are "very, very happy" added: "She's creative. She's very passionate about what she does, and I'm very similar in that sense."

Simpson also explained at the Oct. 11 Tiffany & Co. Men's Launch event that dating Cyrus "hasn't been a really crazy sudden thing," but rather "a different experience" because they have been friends for so long. He added that they "found each other again in a space where we’re both not partying, working real hard, and it just keeps things healthy and it's good."

The pair sparked dating rumors on Oct. 3 when, according to E! News, Cyrus was spotted kissing Simpson multiple times while out in L.A. In a separate outing, captured on video by TMZ, Cyrus sat in Simpson's lap before things "escalated to a make-out session" while dining at L.A.'s Backyard Bowls. After the seemingly romantic sightings, Cyrus further fueled rumors sharing a shirtless Instagram photo of Simpson noting that his age, abs, and Australian background check of all the boxes for her type. She also declared this season her "hot girl fall."

This wasn't the first time Simpson and Cyrus were rumored to be dating, however. Following speculation of a romance in 2014 and again in 2015, an unnamed source told E! in Sept. 2015 that "there was nothing romantic going on between them. For his part, Simpson had previously addressed the rumors during a July 2015 interview with the Zach Sang Show, saying they were "just mates."

As Simpson noted, he and Cyrus had previously been friends for years, and both have spoken about their friends on multiple occasions. In Dec. 2015, Simpson called Cyrus one of his "best friends" and shared that they'd bonded over their shared experience of growing up in the spotlight. The same year, Cyrus told Rolling Stone that Simpson is a "super nice dude and super f*cking talented," and also talked about helping him design the art for his 2015 single "Flower."

At the Tiffany & Co event, Simpson also announced he'll soon release a new song about Cyrus that he wrote while she was in the hospital following her tonsillitis surgery. That Aussie singer joked to People that Cyrus was "pretty much forcing" him to drop the track and even said she'd upload the song to Simpson's Spotify account if he didn't do it himself.

During a visit with Cyrus while she was hospitalized, he gifted her with flowers and a serenade. "Suddenly I am feeling much better,” Cyrus captioned a black and white video of Simpson singing on her Instagram Stories. "This sweeeeeet guy came to visit and the hospital and sang the sweeeeeetest song he wrote just for me."

The relationship may be in its early stages, but Simpson and Cyrus have given plenty of evidence of their special bond.

More like this
Who Is Camila Cabello Dating? She's Getting Cozy With Lox Club CEO Austin Kevitch
By Radhika Menon
Beyoncé & Jay-Z's Relationship Timeline Proves They're Still "Crazy In Love"
By Jake Viswanath
Kanye West Has The Most Kanye Reaction To Kim Kardashian & Pete Davidson's Split
By Jake Viswanath
Kim Kardashian & Pete Davidson’s Reported Breakup Has Twitter Running Wild
By Brad Witter
Get Even More From Bustle — Sign Up For The Newsletter