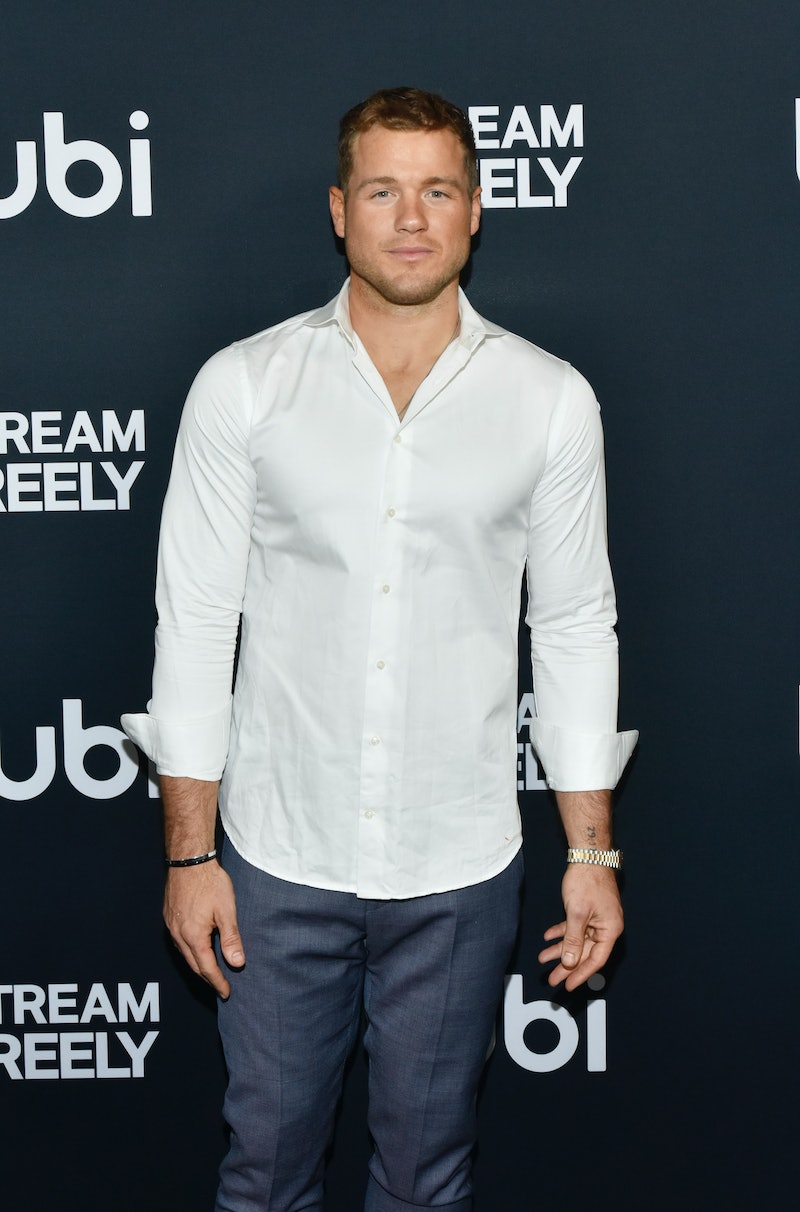 Only 23 men in the world have held the title of The Bachelor, so you could argue that no one's better equipped to pick the next lead than a former Bachelor himself. Last year's star, Colton Underwood revealed his Bachelor choice from Hannah Brown's crop of contestants. But the reasoning behind his selection actually has something to do with Cassie, who he gave his final rose to on his season.

At the 2019 MTV Movie & TV Awards, Colton told ET he was rooting for Peter the pilot for Bachelor. Cassie quickly said, "I think Peter is super cute! I think he would be a good Bachelor." Colton jokingly added, "I got my eyes on you, Peter. Let's go with Peter because Cass thinks he's really cute, so let's get him off the market."

Cassie responded, "No, he's sweet! He's so sweet." But Colton, who entered the Bachelor history books when he "jumped the fence" for Cassie, said Peter still had some work to do before *potentially* assuming the lead role.

"I think Peter has to work on his moves. Did you see him try to pick [Hannah] up for that pool table thing?" Colton explained. "That wasn't that smooth, but he can get there." Fans will remember that Peter attempted to have a romantic moment with Hannah on a pool table in last week's episode, only to have some difficulties in the execution.

Colton, who eliminated Hannah from his season just before Hometowns, also offered up his take on which contestant the Bachelorette will give her own final rose to.

"I honestly think there's a group of four or five really solid dudes that are good for her," Colton said to ET. "I like her dynamic with Jed. I like her dynamic with Tyler too." On Episode 4 of the season, Hannah went on her first one-on-one dates with both Jed and Tyler. Jed revealed that while he initially came on the show because of the "huge platform" it provided for his music career, his feelings for her were progressing. Jed confessed: "Every moment that we've had has just kind of taken all that away and showed me that, like, now, more than anything, I want to be with you. Now that I see who you are, that's all I want. I feel something growing inside of me that I've never felt before. I'm starting to feel like I'm falling for you more and more. It's beyond a show at this point."

On Hannah's one-on-one with Tyler, he comforted her after drama with season villain Luke P. "This is all going to make you better at the end of the day," Tyler told Hannah. "I want you in your highs and I want you in your lows… Today, I want to show you that I can be that guy who picks you up." (Cue the Internet's obsession with him.)

Time will only tell if any of Colton's predictions will come true, but clearly, his big swing with Cassie more than paid off.