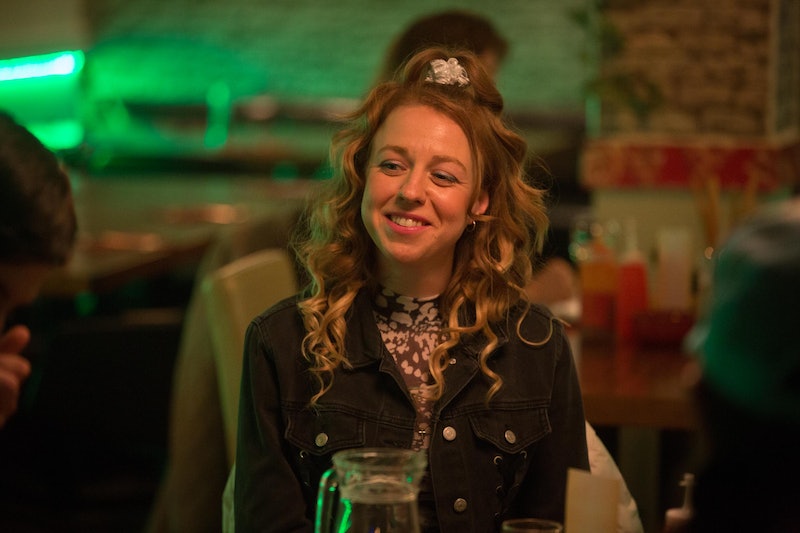 Stath Lets Flats is a real family affair. Brother and sister Jamie and Natasia Demetriou both star in the Channel 4 sitcom as on-screen siblings Stath and Sophie. Friends have got involved too. Natasia's best pal and work partner, comedian Ellie White, plays aspiring dancer Katia. Together with Sophie, she is hoping to reach stardom one way or another.

If you recognise White, you're not alone. She's been on screens and the comedy circuit for some time. Growing up in Oxford, she told iNews that her childhood friendship group viewed comedy as a kind of sport. “I wasn’t the only one joking. I was the only one crying a lot," White remembered.

At university, she met Jamie, later becoming friends with his sister, Natasia. The pair have performed together ever since. Their acts usually revolve around character comedy. They try to stay away from politics, instead transforming into a wide range of quickly identifiable (and sometimes bizarre) female personalities.

“I’ve got a lot of respect for people who take on bigger issues, but it’s never what’s come easiest for me," white told iNews. "I’d like to think that because we’re young women, there will be some stuff to do with gender and being young and social anxiety that naturally affects us.”

White performed her first solo show at the Edinburgh Festival Fringe at the age of 24, telling the BBC at the time that she did "about 14 jobs for a living." Those included being a nanny, tutor, receptionist, comedian, and writer of comedy.

As a duo, Natasia and White have performed at Edinburgh and the Soho Theatre and saw their first sketch show, Ellie & Natasia, air on BBC Three in June. They also recently appeared as their hilarious Mum's The Word counterparts on 8 Out of 10 Cats Does Countdown.

White has also appeared in a range of TV series, most notably as Princess Beatrice in The Windsors. And, according to her agency, she will be taking on the lead role in sitcom The Other One later this year. It's not just TV and stand-up that White has taken a shine to. In 2017, she took to the West End stage for a production of The Miser.

"[White's] the funniest, funniest person," Natasia told Channel 4. "She makes me laugh so much and I think she’s so unbelievably talented. We’ve spent so many years gigging and writing stuff and filming tasters. When you get to do something that has got a proper camera crew and costumes, it’s magical."

The pair's hilarious antics are back thanks to a second season of Stath Lets Flats. “We’re all really obsessed with the fail auditions on early series of Popstars and Pop Idol – people talking back to the judges when they get rejected, like: ‘Actually, you’re in the wrong,’” White explained to the Guardian. “I think Katia and Sophie have the same sense of delusion as they try to become dancers.”

When that's over, be sure to hit up YouTube for some more of their funniest roles.

Catch Stath Lets Flats on Mondays at 10 p.m. on Channel 4.