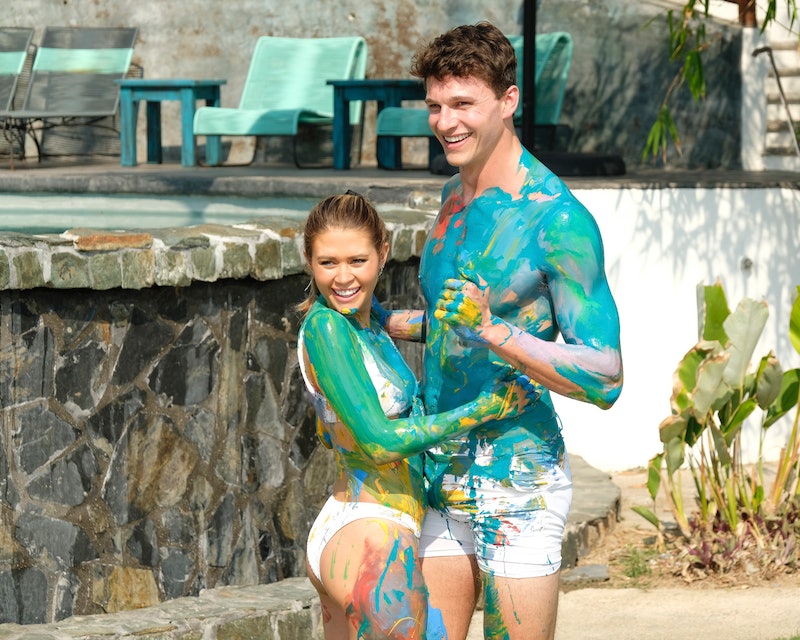 Caelynn had a lot going on this season of Bachelor in Paradise. Whether it was about Stagecoach or Dean, she couldn't seem to catch a break from crying in the beginning. That is, until she met Connor, who came on the show after Chris and Krystal's wedding. But, for all of his nice guy qualities, Connor didn't end up with anyone. And now, Connor is calling his Bachelor in Paradise experience "heartbreaking."

In an interview with Us Weekly published on Monday, Sept. 30, Connor opened up about his less-than-ideal BiP journey. "To be honest, the whole Paradise and Bachelorette situation as a whole, to me, was a little heartbreaking,” Connor said. The contestant, who first made his Bachelor Nation debut in Hannah B.'s Bachelorette season, continued, saying, “Because you go onto The Bachelorette and you’re hopeful that it might work out for you, but you realize that there’s 29 other guys, so the odds are slim. And then going into Paradise, you’re even more hopeful that this is actually going to happen."

As seen on the show, Connor specifically came in to Paradise after having a connection with Caelynn at the wedding. And the two seemed to hit it off, until Dean returned to the beach and whisked her away. Then, just as Connor thought he was going to leave the beach alone, Whitney caught up with him, and seemed to be his BiP dream come true. Unfortunately, Connor and Whitney broke up after filming.

Connor continued: "For it to not work out with Caelynn and not work out with Whitney — and then to see all your friends like Mike, Tyler, Dylan, Peter, who’s the Bachelor now, it’s all going to work out for them, it’s kind of a bummer, going through this whole situation and not having it work out,” he said. “But I’m definitely hopeful I’ll find my person.”

Now that he's had some distance from his time on the show, Connor thinks his late arrival on the show might have had a bigger impact on his chances at finding love than he thought. Speaking of his breakup with Whitney, Connor said, "We left Paradise after spending three days together [and] basically we were immediately thrown into a long distance relationship." In comparison, other successful BiP couples like Hannah G. and Dylan were "on the beach for the entire time, got to spend time with each other, get to know each other and actually figure out if they want to be dating or stay together." At the end of the day, he said, "I think ultimately, we had a lot of fun with each other, but just weren’t right for each other in a relationship."

Whitney, who appeared on Nick Viall's season of The Bachelor, posted about her side of the breakup on her Instagram on Sept. 22. She had a similar attitude towards their breakup, making clear that there were no hard feelings. She also mentioned their long-distance relationship as a sore spot for the budding couple. "Jumping into a long-distant [sic] relationship, right after, made it more difficult. ... We have been nothing but honest in communicating our feelings throughout the relationship, but we came to a conclusion that it just wasn't working right now."

Finding love on reality TV isn't always easy, and, as Connor said, relationships are just as "heartbreaking" on television as they are in real life.

More like this
It’s Official: 'The Bachelorette' Is No Longer A Fairy Tale
By Samantha Allen
Former 'Bachelor' Producer Elan Gale Knows The Secret To Your Favorite Shows
By Samantha Rollins
Gabby & Rachel Reveal How That 'Bachelorette' Rose Ceremony Twist Happened
By Grace Wehniainen
Everything To Know About 'Bachelor' Host Jesse Palmer
By Justice Namaste and Radhika Menon
Get Even More From Bustle — Sign Up For The Newsletter