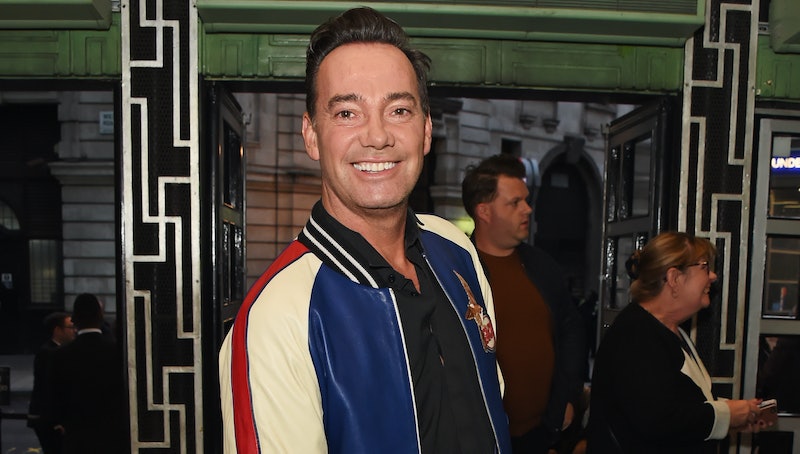 Throughout the show's 15 years on the airwaves, the BBC's ballroom bonanza Strictly Come Dancing has become known for its spectacular routines, harsh judges critique, and impressive celebrity line ups. However, the series has also become synonymous with a so-called "Strictly curse," which is thought to have brought on the rise and fall of various relationships. During a recent interview, longtime judge Craig Revel Horwood shared his thoughts on the Strictly curse, and his take on the ballroom conspiracy is very interesting indeed.

Speaking to the Radio Times, Revel Horwood revealed that he believes the curse is actually more of a "blessing," and went on to add, "there are a lot of loving relationships that have formed from the show. All I say is, if your relationship is on the rocks and you meet someone, how delightful is that?" Well, I suppose thats one way of looking at it, however, the show's long history of complicated romance is what originally inspired this Strictly fan-theory.

As Digital Spy reports, viewers will be more than familiar with several celebrity contestants and professional partners who went on to become romantically involved — despite some of them already being in a relationship. Throughout last years series, love was most certainly in the air, as Joe Sugg and Dianne Buswell, and reigning champions Stacey Dooley and Kevin Clifton, all went public as couples following their stint on the BBC show. However, the controversy surrounding Seann Walsh and Katya Jones, both of whom were in relationships at the time of their infamous kiss, is what dominated the headlines, and backed up the theory of a Strictly Come Dancing curse.

Despite bringing a significant amount of attention to the reality-competition series, judge Revel Horwood was not impressed by the controversy, and prefers the focus of the show to be centred around family entertainment, as opposed to gossip about to the dancers' private lives. During an interview with the Radio Times, the Strictly judge commented, "I think it’s a good thing there isn’t as much talk of the Strictly Curse, because it did detract from the show last year. It was all about that rather than being a great family entertainment."

Meanwhile, the 17th series of Strictly Come Dancing is now well underway, and as The Sun reports, late arrival Kelvin Fletcher is now favourite to win the 2019 series with bookmaker odds of 4/5. However, we still have a long way to go before a champion is crowned, and you can watch Strictly Come Dancing on Saturday and Sunday evenings on BBC One.