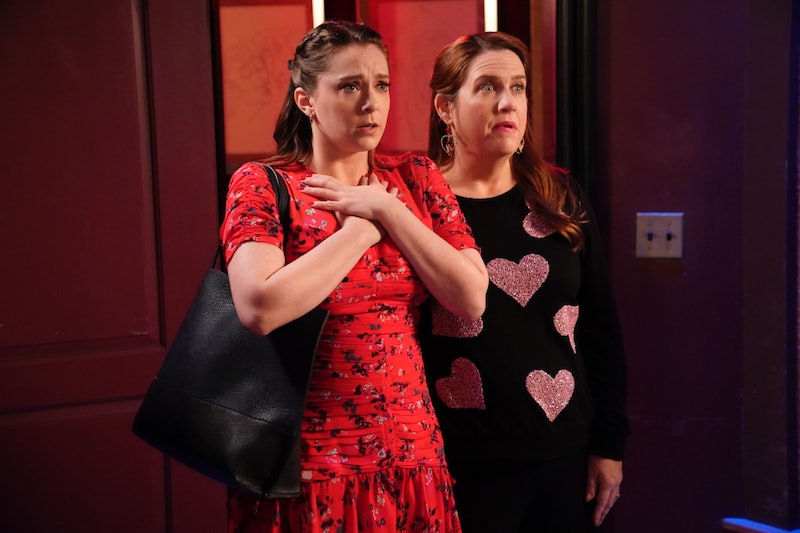 Before Crazy Ex-Girlfriend premiered in 2015, a TV series starring a woman who sings musical theater-inspired songs about heavy boobs, mental health, and period sex seemed like a feminist theater kid's fever dream. But Rachel Bloom and Aline Brosh McKenna made it a reality, and considering Crazy Ex-Girlfriend won't return after the April 5 episode, you're probably already mourning the loss of this truly revolutionary show. But its perception-busting storylines and delightful songs will live on long after the series finale, and thanks to Bloom's other ventures, there are still plenty of other ways to get your Crazy Ex fix.

Over the course of four seasons, Rebecca Bunch went from being "Just a Girl in Love" to getting a "Diagnosis" of borderline personality disorder, which helped her make real strides with her mental health and personal growth. We also got to know a terrific supporting cast of characters, like her bestie Paula, her boss Darryl, her roommate Heather, and the main object of her affection, Josh Chan. And with each episode featuring one to four original songs, fans walked away every week laughing, humming a new tune, and thinking about some profound subjects.

Nothing like Crazy Ex-Girlfriend had ever been on TV before, and thanks to Bloom's unique but highly relatable voice, it will be a cult classic for years to come. But just because it will have a lasting legacy doesn't mean you're necessarily ready to say goodbye. So here are some ways you can prolong the magic that is — well, was — Crazy Ex-Girlfriend after the series finale.