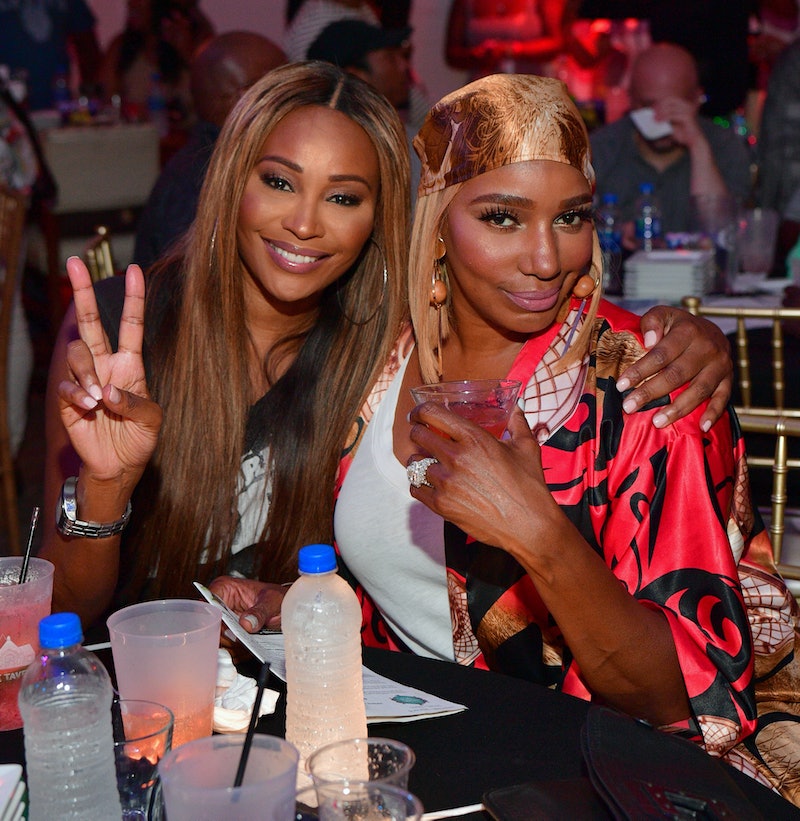 The upcoming season of The Real Housewives of Atlanta will pick up where Season 11 left off: with Cynthia Bailey and NeNe Leakes' fractured friendship. In a new interview with E! News' Daily Pop, RHOA's Cynthia shared that she and costar NeNe "are in a better place" than they were when they sat down for the Season 11 reunion, but they "are not where [they] used to be." Cynthia added, "I still have love for her, and it was kind of good to at least try to get to a respectful place, you know what I'm saying? Whether or not we are ever besties again."

NeNe and Cynthia’s years-long friendship hit a significant speed bump on the Season 11 finale when soon-to-be returning RHOA main roster member Kenya Moore showed up at Cynthia’s Seagram's Escapes Peach Bellini launch party. NeNe and Kenya have had their fair share of ups and downs over the years, and apparently, they were not getting along around the time of Cynthia’s cocktail event; NeNe was not only upset about Kenya being in attendance, but that Cynthia invited Kenya without giving her a heads-up. This drama bubbled again when the cast got together in March for the Season 11 reunion, and by the end of the taping, Cynthia and NeNe both seemed ready to step away from their friendship.

After the Season 11 reunion, Cynthia and NeNe did not seem to be in a huge rush to reconcile. When NeNe sat down with The Morning Hustle's Lore'l in June, she said Cynthia looks "really desperate" and appears to be doing "whatever she needs to do to stay on the show." She also said that she would not interact with Cynthia at NYC Pride later that week, even though they were both scheduled to ride on Bravo's float together.

But lately, it sounds like things have taken a turn for the hopeful. A source told Hollywood Life in September that both NeNe and Cynthia are “optimistic” that they will eventually mend their friendship, but neither expect it to be what it used to be. Hollywood Life’s insider explained, “Both Cynthia and NeNe feel they are trying to get to a better place, but they’re having trouble seeing the other’s point of view on things.” Earlier this month, Cynthia explained to Hollywood Life that she and NeNe are "not in a great place" or "the perfect place," but they do reach "a way better place" by the end of Season 12.

NeNe and Cynthia have fought and made up before (see: Season 6), and judging by the Season 12 trailer, it looks like they are going to fight some more in the upcoming episodes. Only time will tell if they will feel compelled to write up a second friendship contract.