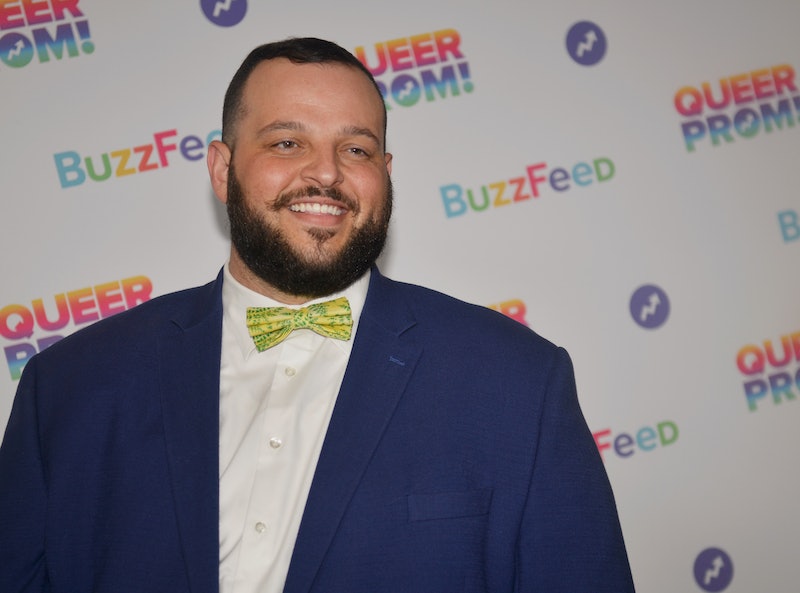 While the Plastics' talent show dance might be one of the most famous scenes in Mean Girls, there was another character who had his moment in the spotlight on that faithful night — and almost got to relive that beautiful moment in Ariana Grande's music video. In a recent interview with Cosmopolitan to celebrate the 15th anniversary of Mean Girls, Daniel Franzese revealed that Damian was supposed to be in the "Thank U, Next" video, but he had to drop out because of scheduling conflicts.

While speaking with the outlet, Franzese revealed that his favorite scene in the beloved 2004 teen comedy was Damian's talent show performance of Christina Aguilera's "Beautiful." "I was just so excited that I got to sing in a movie," the actor confessed. "My mom was the only one in the audience when we filmed it."

Franzese added that he was supposed to reprise that performance in Grande's now-iconic music video, but things didn't work out, because he was doing a stand up comedy tour at the time. "I thought [her version of the scene] was so cute. Ariana asked me to be in the video too, and I was ready to do it until they changed the date at the last second, because of my tour."

Still, there's no hard feelings on Franzese's behalf: "She said I can be in another one of her music videos, and when ‘Seven Rings’ came out, I was like, ‘Girl, I will twerk,’ and she said she’d get me in one eventually."

While Franzese has good memories of filming Mean Girls, he also revealed that there was one thing that he wished he would have done differently before playing Damian. "I wish I would have come out before the movie came out so I could have used it as a moment of political activism, but I have no regrets about fully embracing who I am now," the comedian told Cosmopolitan. (Since coming out, Franzese has been a major advocate for LGBTQ rights, and and uses his Mean Girls fame in order to advocate for and connect with younger people in the gay community.)

He continued, "If the movie came out today, Damian might have had a boyfriend. He’s in that sweet spot of trying to figure out who he is but decided he’s going to wait to do that until after they leave school, when he’s in college, so he can get to a place of peace. I think a lot of LGBTQ kids go through that."

And though he admitted that he doesn't wear the color pink anymore to avoid the outright comparisons to Damian, he's proud to have played a character that continues to resonate with LGBT people everywhere. "I also think my character, Damian, really resonated with LGBTQ people before we were really seeing a rise in acceptance, and it was the first time that we really saw a character who was able to breathe, and I think that affected a lot of people," he explained.

Seeing the immediate reaction to Damian, Franzese explained, "I was both filled with fear and pride because I was in the closet at the time, but at the same time, I knew how important this was to move the needle toward acceptance and representation."

"It was undeniably accepting and representative of how I felt I would be proud to be known as a gay teen, so it was a little bit of revisionist history that I could go back and take some of the years I was not proud of and replay them in a way," he continued. "I was 26 when we made the movie, so there’s a 10-year difference between me and my character, so it was a way to heal some of the hurt."

Now, more than a decade later, it's clear that the process of playing Damian had a major impact both on Franzese and on the audience who grew up with the character — and his legacy continues to be just as beautiful as that iconic talent show performance.