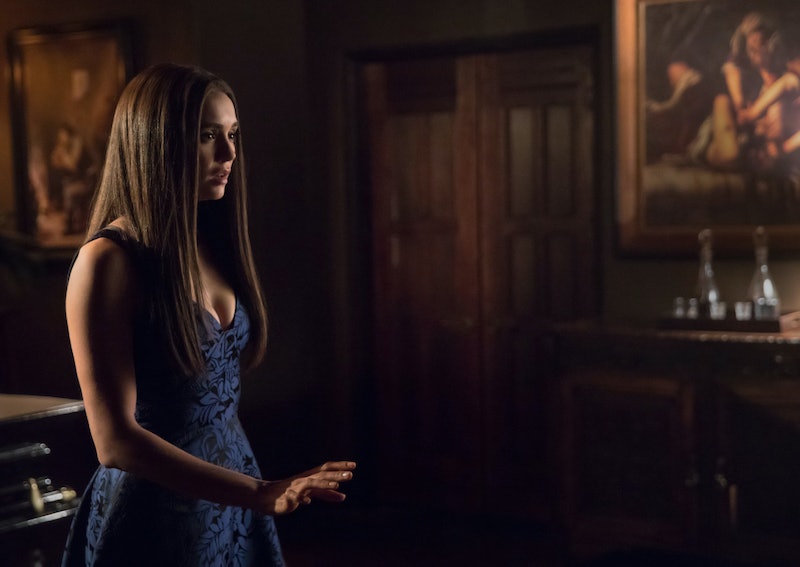 As Katherine's plan to consume Mystic Falls with Hell Fire came closer and closer to fruition, Damon and Stefan had to decide what to do: leave Mystic Falls, and Elena's body, behind or stay and die along with Elena. And, when Bonnie decided she would try to redirect the Hell Fire back into Hell to destroy it and kill Katherine for good, the Salvatore brothers faced a new decision: who would sacrifice themselves to make sure Katherine died, and who would survive. Damon tried to compel Stefan to leave him with Katherine, but Stefan had a trick up his sleeve, and instead, he gave Damon his blood, curing him of vampirism, and taking Katherine to Hell instead. Damon lost his brother, but his human self was finally able to reunite with the love of his life, Elena.

And so, Damon and Elena lived out the rest of their human lives together. They moved back to Mystic Falls after Elena graduated med school, and just lived. The finale ended with each character finding peace, reuniting with old loved ones in what looked like a new kind of Heaven. Elena reunited with her parents, Uncle John, and Aunt Jenna, while Damon found himself back at the Salvatore mansion, where Stefan was waiting for him. There is peace after death, at least there is for the Mystic Falls crew.