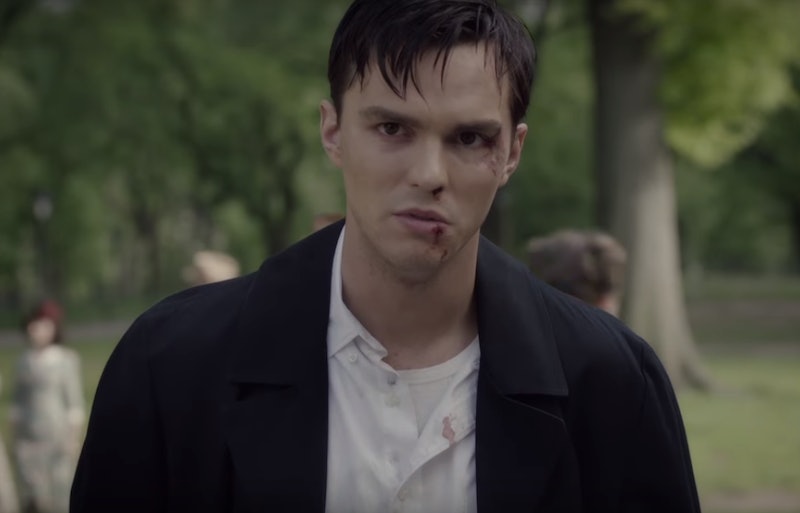 He's come a long way since playing Doyle McMaster in Gilmore Girls, but as the first trailer for Danny Strong's Rebel In The Rye proves, he's still delivering those Gilmore vibes. Telling the story of J.D. Salinger's early life, the bio-drama also follows the creation of his most famous novel, Catcher In The Rye, making it the sort of movie that Rory Gilmore would likely be very excited about seeing — and rightly so.

In addition to featuring a phenomenal cast, including Nicholas Hoult, Kevin Spacey, and Sarah Paulson, Rebel In The Rye is both written and directed by Strong, making it potentially a major mainstream achievement for the multi-talented star. For fans of Salinger, who became a controversial figure in his later years, the movie should also provide a compelling look into the writer's early life. Though the reclusive writer notoriously refused to let anyone turn Catcher In The Rye into a movie, Rebel In The Rye looks like the closest fans may get to seeing some semblance of the book on screen. Or at the very least, a look at the events that may have inspired it and the creation of its iconic lead character, Holden Caulfield.

Strong being the writer and director behind this biopic is exciting news for the intersection of people who both love Catcher In The Rye and Gilmore Girls (especially if you happened to make it through the Rory Gilmore reading challenge). And if that happens to be the case, then please, indulge your imaginations for a second and just imagine Rory's delight at seeing this trailer.

She'd absolutely love it. In fact, let's all just take this moment to imagine Rory taking Jess Mariano to a special screening of it at the Black-White-Read book shop and movie theater in Stars Hollow. And the two of them grabbing a coffee and a snack from Luke's Diner afterward, where Rory reminds Jess of the time she told him he was "trying to be Holden Caulfield" (Season 2, Episode 8, folks). It'd be absolutely perfect, and Gilmore Girls should do at least one more miniseries, just so fans can enjoy such a precious moment for real.

But Rebel In The Rye doesn't just look like a must-see movie for the Rory and Jesses of the world. From the looks of the trailer, it gives the impression that it might pack as much of an emotional punch as much of Salinger's own writing, giving a broad appeal for anyone with a heart who isn't a damn phony. Let's all just hope that Black-White-Read is planning on doing a special screening when it finally premieres.