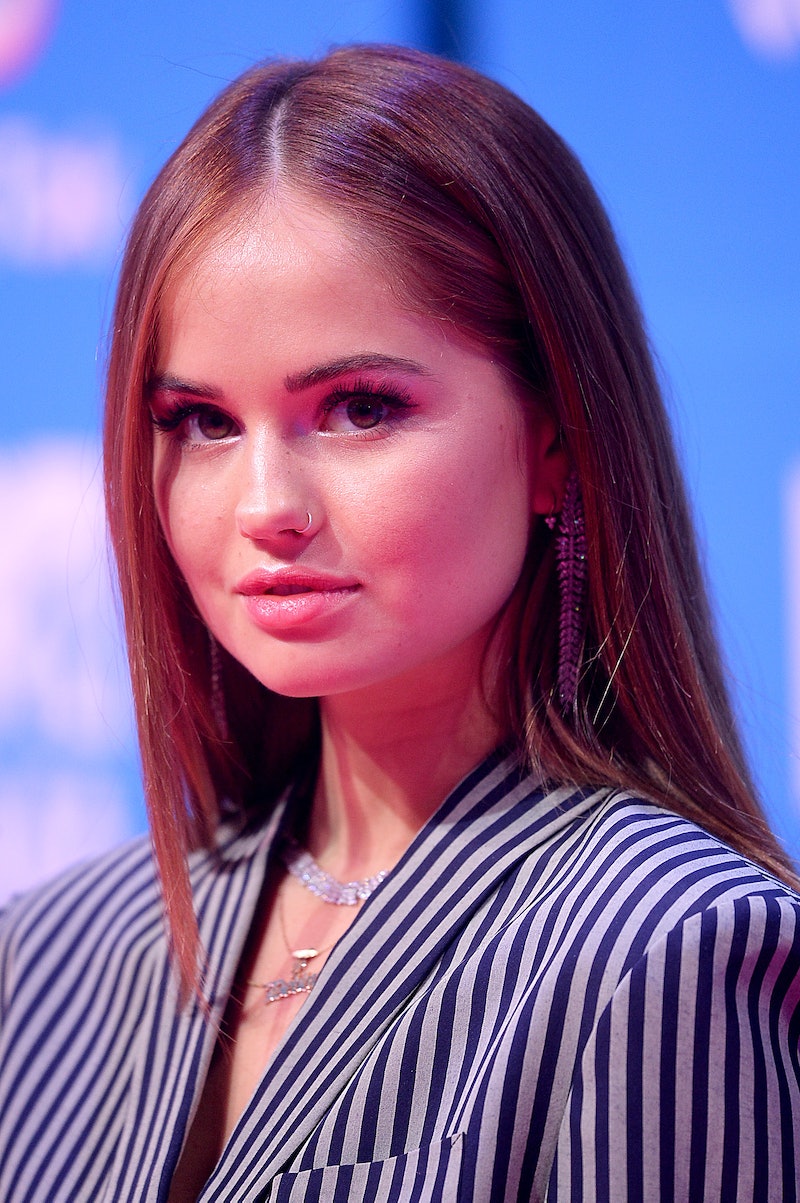 As you may have heard, on July 7, multiple outlets reported that actor Cameron Boyce, who was 20 years old, had passed away. Now, as Us Weekly noted, the late actor's Jessie costar, Debby Ryan, has made a tribute to Cameron Boyce that contains a moving throwback to their Disney Channel days. It's sure to leave many fans emotional.

Ryan, understandably and like many others, is torn up over Boyce's untimely death. On July 9, she posted a brief clip from Jessie of her character, the titular Jessie, and Boyce's character Luke, sharing a hug, which she captioned with a heart emoji. The Insatiable star took to Instagram once again on July 10 to share a lengthier message about the loss of her dear friend, along with a slideshow of photos of the two together. She began, "This ripped me up. I keep trying and I can’t make anything make sense. He was blameless, and relentlessly joyful; he was good. Through and through, Cam is good, in all ways and to all people. And the most alive."

Ryan continued to write that she couldn't believe that Boyce had passed and that the unfortunate news left her "devastated,"

"It’s wrong. I am so confused and devastated and angry. But that isn’t very Cam. He’d cast any shade of sadness or darkness in colors of positivity; he couldn’t help himself but to always leave you smiling, or laughing, or dancing. So sincere, kid Truth. He was good."

The Disney star went on to send her condolences to Boyce's family and to her own Jessie family — costars Peyton List, Skai Jackson, Kevin Chamberlin, and Karan Brar — who are also grieving the loss of their friend,

"My heart is with his parents, Vic and Libby, full of grace, and his wonderful sister Maya. An unimaginable sorrow. I’m grateful for our Jessie family, with whom to uniquely grieve our guy — Peyton, Skai, Kevin and Karan, whose soul is also far too special to have to experience this depth of grief."

She ended her caption on a heartbreaking and moving note, as she wrote that her friend will forever be in the hearts of those who knew him best,

"There are beautiful connections and beams of light, ever present, truly the fingerprints of Cam still around and showing up in the midst of this. I love him so much. Forever. You’re alive in the legacy of love you built, and I will keep that light burning in me for the rest of my journey. The world was robbed. We’re better for you."

Ryan isn't the only one who has expressed their sorrow over the loss of the young Descendants star. Those such as Michelle Obama, who guest-starred on Jessie in 2014; Zendaya, a fellow actor in the Disney community; and Adam Sandler, who played Boyce's onscreen father in Grown Ups, have all shared moving tributes to the late Disney actor.

As previously mentioned, E! News reported on July 7, that Boyce passed away on July 6 in his sleep from a seizure due to an ongoing medical condition. His family released a statement to the publication, which read, in part,

"The world is now undoubtedly without one of its brightest lights, but his spirit will live on through the kindness and compassion of all who knew and loved him. We are utterly heartbroken and ask for privacy during this immensely difficult time as we grieve the loss of our precious son and brother."

Clearly, based on all of these touching tributes and messages, Boyce's bright spirit will forever live on.