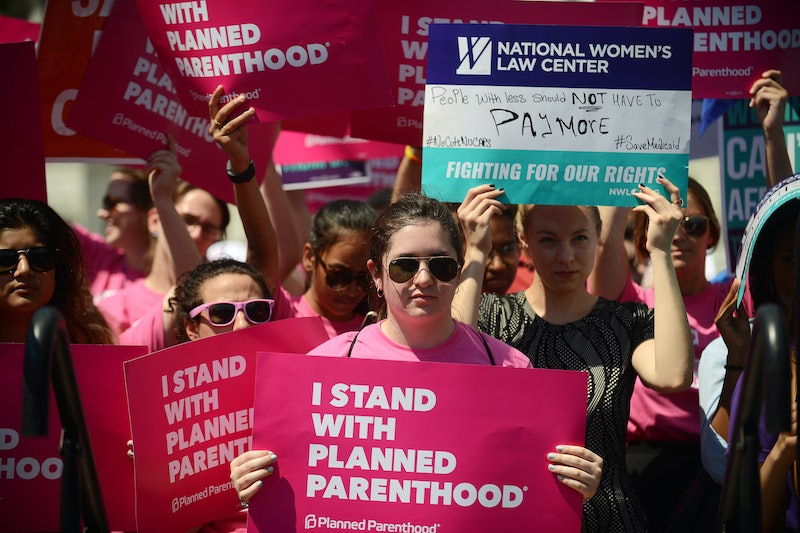 For a hundred years, Planned Parenthood has provided life-saving medical treatment to people all across America. It has delivered sex education, high quality family care, cancer prevention screenings, and so much more to many people who might not otherwise be able to access it. Almost 75 percent of Planned Parenthood centers are in rural or medically underserved areas — so when states with large rural areas, like Texas, threaten Planned Parenthood, the results are immediate and drastic. A new study shows that defunding Planned Parenthood lowered women’s access to health care in Texas — and by quite a large margin.

A report created by the Center for Public Policy Priorities, an Austin-based nonprofit policy institute, demonstrates the harm done to Texas women by the state’s decision to exclude Planned Parenthood from the Women’s Health Program, which helps low-income women pay for medical care. In 2012, Texas stopped reimbursing Planned Parenthood through the Women’s Health Program, a Medicaid waiver program that has since been renamed Healthy Texas Women.

Since then, there has been a 39 percent decrease in women getting health care services through the program, the study shows. There was a 41 percent decrease in women accessing contraceptive services through the Women’s Health Program, and a 24 percent decrease in total enrollment. At its peak in 2011, before Planned Parenthood was cut from the program, almost 130,000 women were enrolled monthly. The study pulled data from Texas’ own Department of Health and Human Services to come to its conclusions. The data shows that ending reimbursements for Planned Parenthood, which is often the sole medical provider for low-income patients in rural areas, unequivocally limits women’s access to health care.

The study paints a picture of what could happen across the U.S. if Planned Parenthood were defunded, which means that Medicaid would stop reimbursing the provider for all health services. (Of course, thanks to the Hyde Amendment, Planned Parenthood does not receive any government money to pay for abortion services, but for the anti-choice movement, that’s neither here nor there.) The results for women’s health care would be undeniably devastating; low-income women would cease to have access to lifesaving care, with terrifying consequences across the country.

Conservatives in the United States are not keen on Planned Parenthood because of the group's association with abortion (even though the procedure makes up less than three percent of the total services rendered). Nevertheless, for many women, men, and people of all genders, Planned Parenthood is their only source of medical care — and limiting access to the center means limiting access to healthcare, period.

Thankfully, the Republican plan to repeal the ACA (and take away funding for Planned Parenthood along with it) has been squashed multiple times by its own party. But individual states can still take the route Texas took, which is why it’s so important to be as informed about your state’s local politics as you are about our federal government. The organization’s been around a hundred years, and with our help, it’s not going anywhere.

More like this
The 12 Best Air Fresheners For Bathroom Smells
By Amber Petty
The 10 Best Doormats For Cleaning Shoes
By Ileana Morales Valentine
Your Daily Horoscope For August 9, 2022
By Mecca Woods
RushTok 2022 Is Here & TikTok Is Just As Obsessed As Last Year
By Sarah Ellis
Get Even More From Bustle — Sign Up For The Newsletter