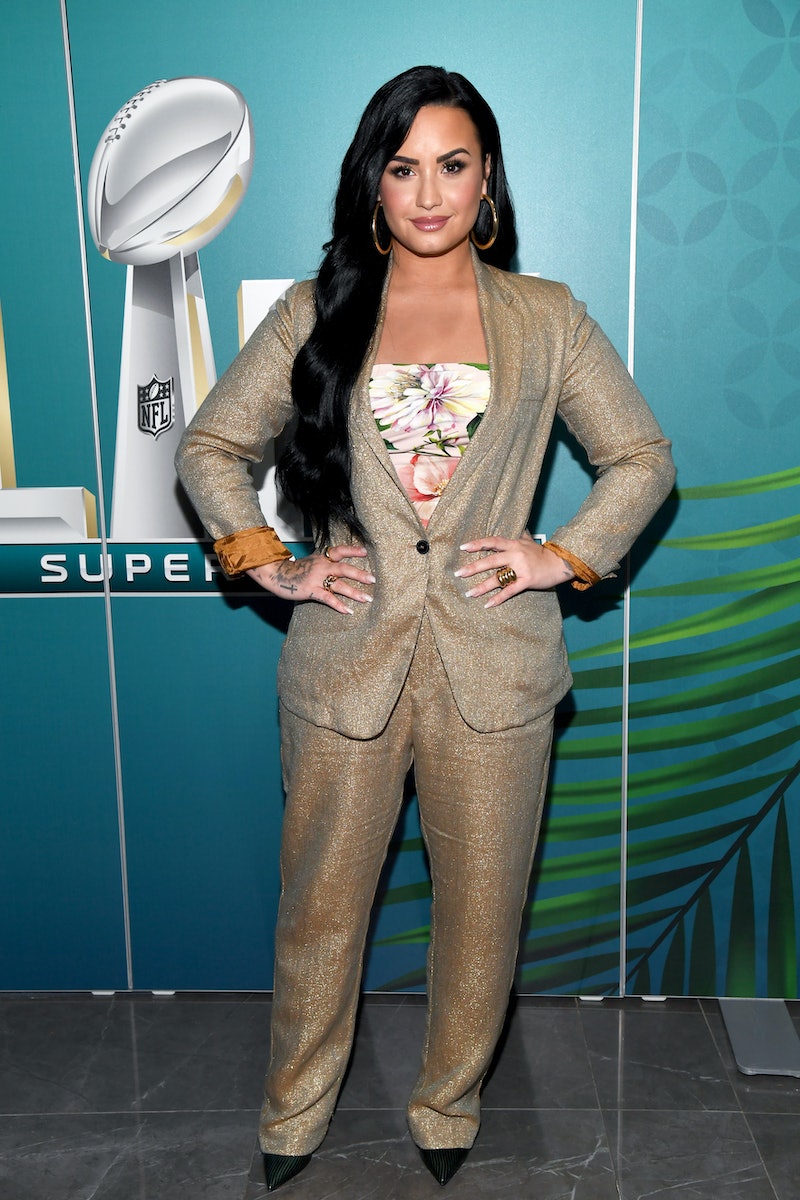 Since her stellar performance at the 2020 Grammy Awards, Demi Lovato has been wearing her hair in romantic long, wavy dark locks. Over Valentine's Day weekend that changed, and the singer took a dramatic change. Now, Demi Lovato's bob is bringing all the chic and sleek vibes.

During the weekend, Lovato uploaded several new images of herself with her waist-length 'do. The new cut takes her hair all the way up to her shoulders in an asymmetrical cut that frames her face. The longer, front portion of her hair falls a few inches below her shoulders where the rest of the length rests. While she had previously been wearing her dark strands in waves, the new look is ultra-sleek with a deep side part.

According to Allure, the new style is reminiscent of the cut she kept throughout most of 2019. The most recent cut, however, seems to be longer than the style, and it may suggest that instead of actually getting her locks shorn, the "Anyone" singer simply took out the extensions that had been giving her the added length since the beginning of 2020.

Regardless of how or why Lovato's new bob came to be, though, the cut looks so chic on the star.

Sure, the new asymmetrical bob may not be the most drastic change for Lovato, but the singer does change up the look often. She did have a similar cut in 2019, but she cycled through multiple ways to wear it opting for everything from pink tips to wavy styling and even adding caramel brown extensions at the beginning of last year.

Lovato's bob may be here, sleek, and chic now, the star could switch things up again sooner than fans think.