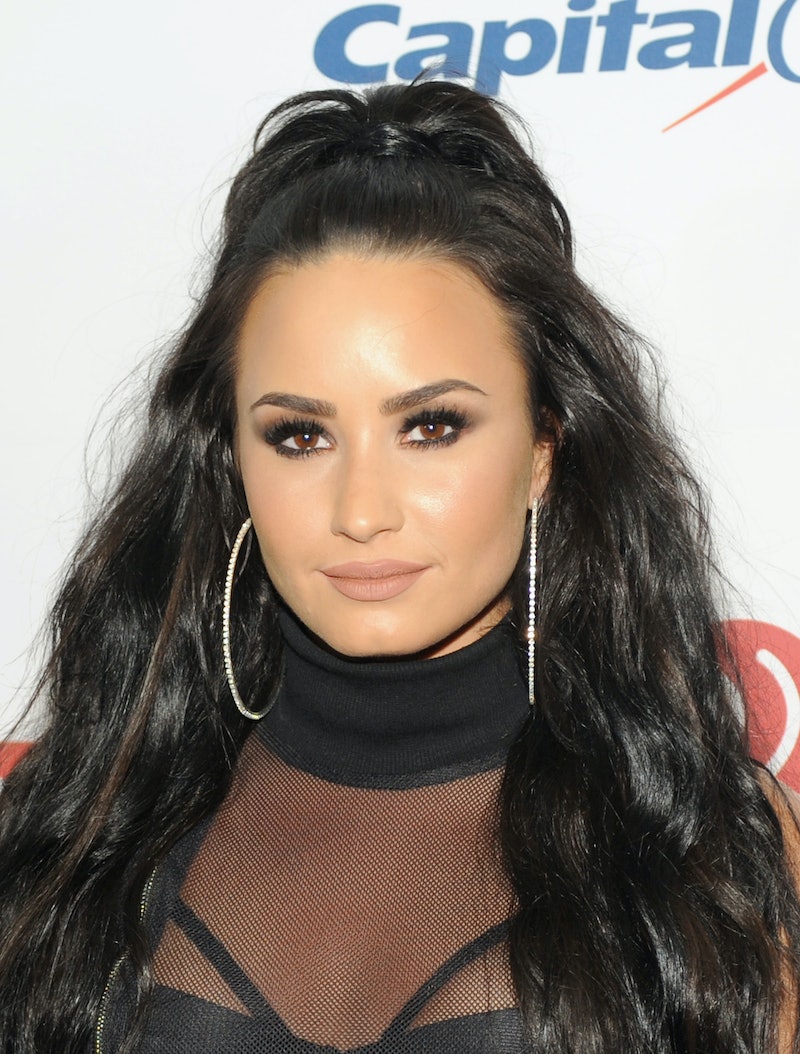 During Monday's episode of the podcast Millennial Hollywood with Dakota T. Jones, Demi Lovato's sister gave an update about the singer. According to E! News, Madison de la Garza opened up about how her older sister is doing since entering rehab after being hospitalized for an "apparent overdose," as reported by TMZ on July 24. Based on the 16-year-old actor's comments, it sounds like Lovato's family is right by her side and they are leaning on each other during the understandably difficult time.

"She's working really hard on her sobriety and we're all so incredibly proud of her. It's been crazy for our family. It's been a lot."

The Subject 16 star didn't stop there and explained that their family is no stranger to life struggles. When it comes to surviving difficulties, they always persevere — and stick together in the process.

"We've been through a lot together, and every single time — I mean if you read my mom's book, you would know — every time we go through something, we always come out on the other side a hundred times stronger than before. So, we've just been so thankful for everything — for the little things."

Madison also said she's looking forward to "so many little thing" when her sister leaves rehab. "It sounds so small, but [I want to] go to Menchie's," she admitted. "Honestly, I'm more of a Pinkberry person, but she likes Menchie's, and so we usually go there." Despite liking different froyo establishments, spending time together as sisters is clearly what matters most to Madison.

This isn't the first time Madison's spoken about her sister's recent struggles. For Lovato's 26th birthday on Aug. 20, Madison shared a touching birthday post in honor of her sister on Instagram.

Next to a throwback photo of the sisters, part of the former Desperate Housewives actor's lengthy message read:

"i've been thinking about how i wish that everyone could see the silly little things that she does, like how her nostrils move when she says certain words and when she brushes my hair behind my ear when i'm trying to sleep, because those are the things i'm thankful for today. they seem so small, but those little things make up my sister - not a singer, not a celebrity, and definitely not what she's been described as in the media - she's a daughter, a friend, and my big sister... and i am so, so thankful that i can tell her happy birthday."

On Sept. 19, Lovato's mom, Dianna de la Garza, also opened up about her daughter's hospitalization during a Newsmax TV appearance (via E! News). In addition to detailing the scary incident and revealing she received the news from Lovato's assistant, Dianna said, "She's happy. She's healthy. She's working on her sobriety, and she's getting the help she needs. That in itself encourages me about her future and about the future of our family."

After TMZ's report about Lovato's being rushed to the hospital broke, her rep released the following statement to Bustle:

A source close to the situation also confirmed to Bustle that the overdose was not heroin-related, despite what initial reports claimed.

On Aug. 5, Lovato released her own statement via Instagram commenting on her sobriety for the first time since her hospitalization news broke in late July.

She partially wrote, "I now need time to heal and focus on my sobriety and road to recovery. The love you have all shown me will never be forgotten and I look forward to the day where I can say I came out on the other side. I will keep fighting."

Like Lovato's statement, Madison's update is a welcomed one. It's good to know the singer has an immense amount of family support, because she's surely going to need it now more than ever.