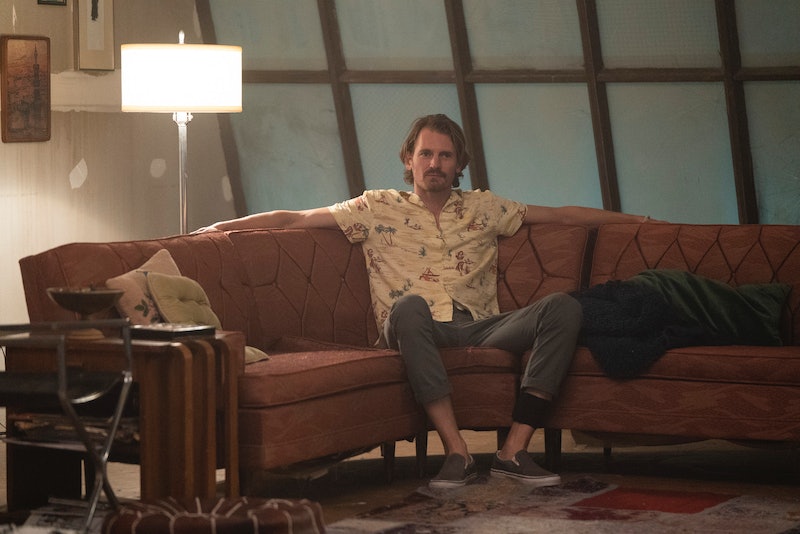 When Callie and Mariana moved into the Coterie in downtown Los Angeles on Good Trouble, Dennis was just one of those random people who existed in the background — he was older than the rest of the house, and he only dated younger women. Actually, he only slept with younger women because he was never looking to get too attached to anyone. But over the course of Season 1 of Good Trouble, Dennis became a real person with hope and fears and dreams and a past he was sprinting from. That's why Dennis' suicide on Good Trouble is so hard to swallow — we may have lost him before we ever really got to know him.

Dennis was only in the Coterie because he was divorced from his wife. After their young son got cancer and passed away, Dennis and Jennifer found their marriage to be too much to bear, and they split up. In the penultimate episode of Season 1 of Good Trouble, we learn that Jennifer thought Dennis was a terrible husband and a bad father because he was always working instead of spending time with his family. He also cheated on her, many times.

This may be the moment in the episode that drives Dennis to potentially attempt suicide — the final minutes of the episode tick down with him not answering his phone after saying goodbye to all of his Coterie housemates and leaving an long, emotional apology on Jennifer's voicemail. Where is Dennis — he was sitting in his car on a cliff, and who knows what his next move was.

Dennis played like he didn't care about anyone or anything, but really, he cared the most. He tried to hide his emotions because he felt like he didn't deserve them after his son passed away, but Dennis gave so much of himself without anyone knowing it. Dennis didn't even know Callie and Mariana's brother Jesus, and yet he tried to connect Jesus with a friend of his so that said friend could invest in Jesus' venture of building tiny houses. He hated Davia's married boyfriend so much that he punched him in the face and told him to get lost until he could be what Davia needed. Dennis offered hugs and talks and solace — he even got both Adams-Foster moms to like him, which... OK, isn't that hard, but still. Dennis is (or was) a hard candy shell and a gooey caramel center.

To lose Dennis, if he really has died by suicide, will leave a gaping wound in the center of the Coterie and on Good Trouble. For him to think that he had no further recourse, that he didn't have anyone left who loved him, and that he had let everyone in his life down is almost too much to think about. Dennis' absence will be devastating, if that is the case, and all of the Coterie members will be stuck wondering why and how they could have seen it all coming.