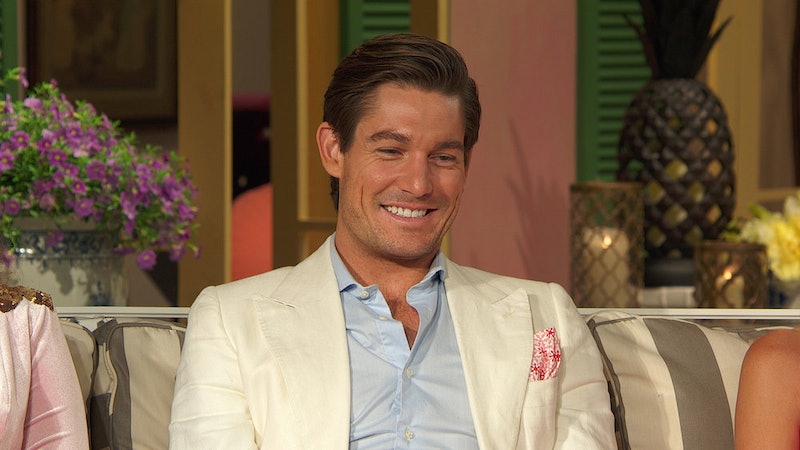 One of the longest and most dramatic plots on Southern Charm was whether Craig would take the bar exam. At the outset of the show, he was studying to become an attorney, but it took him a lot longer than he thought to get there. In fact, during the Season 3 reunion, Craig admitted he wasn't allowed to take the bar. "I never finished my thesis paper," he said. "So I walked for graduation but I hadn't received my official diploma." Despite that setback, Craig's law career is back on track today.

In April 2017, Craig officially passed the bar, according to People magazine. He is still in the South Carolina bar system as of May 2019, and it says his membership is in good standing. After all that hard work, Craig told Bravo's The Daily Dish that he was just glad it was over with. "I've had to deal with this stuff for like two-and-a-half years now ... so I'm just I'm so happy for it to be finally be over," Craig said. "It's a huge, huge, huge relief. Obviously I'm excited for my future, but also just for everyone to shut up and leave me alone and let me live my life is something pretty awesome to look forward to."

After Craig passed the bar, several of his cast members took to social media to congratulate him. "Very happy to hear it; proud of the guy," Shep wrote on Twitter.

Cameran, in classic Cameran style, gently mocked Craig by making a joke about how two things she never thought would happen finally did.

Even Patricia chimed in to congratulate Craig.

After passing the exam in April 2017, Craig was officially sworn in a few months later in February 2018. Craig told The Daily Dish in a separate interview that the waiting period from passing to being sworn in was hard to deal with after he'd already spent so much time waiting. "I just feel like I've been held back by not having the ability to practice, and now I'm pretty happy," he said after his swearing in. "Like, it was cool to pass the bar, but I wasn't an attorney yet. And now, we finally got over that last hurdle, and like I said, it's very surreal that I'm actually an attorney now."

He also opened up to The Daily Dish about what he wanted his future career in law to look like. He said he'd like to work at a Charleston legal clinic for 20 to 30 hours a week. "That's why I always wanted to get into law is to help people," he said. "That's when I'm happiest, when I'm helping people who need it."

In another interview with The Daily Dish, he added that eventually he'd like to start his own firm with some of his fellow law buddies. "That'll be down the road a little bit," he said.

It's not clear if Craig has started his practicing law career yet, though. These days he seems mostly focused on his sewing business. He recently launched his own line of products under his Sewing Down South label. He sells shirts, hats, bags, and, yes, pillows. Obviously he's probably not hand sewing each item, but he wrote on the website's "about" page that he "carefully handpicked these patterns and designs with you in mind."

His products include shirts and hats with logos for the brand, lobster throw pillows, and some merchandise that features the iconic Craig line, "What's wrong with my sewing?"

Craig has stood by his hobby (and now business) on the show as a creative outlet that he really enjoys. He elaborated on the "about" page, writing, "Sewing has been a point of inspiration, an outlet for creativity, a method to decompress and a way for me to stay true to myself. In the past, I was mocked for enjoying the art and craft of sewing, but now - I'm excited to focus on what brings me and so many others so much joy."

So, yes, Craig has passed the bar and he can practice law. But if he wants to sew pillows, that's OK too. After all, what is wrong with his sewing?