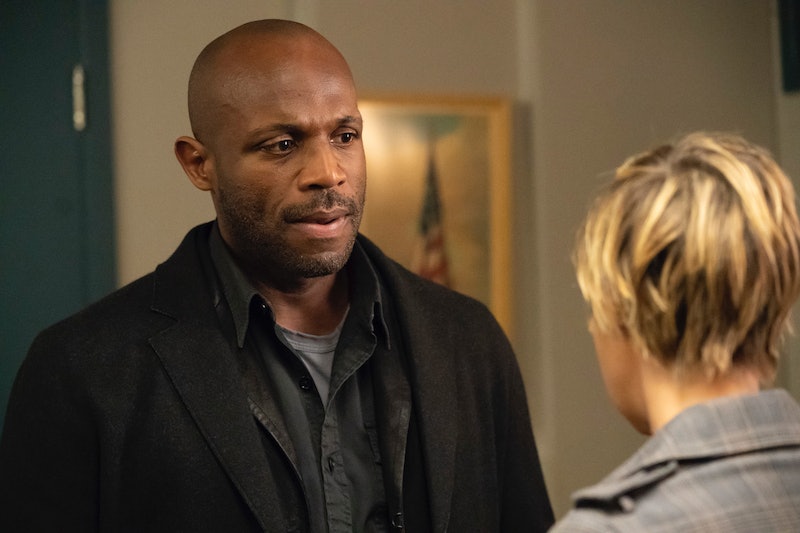 Nothing on How To Get Away With Murder is ever easy to figure out, so when it was revealed last week that Laurel's brother, Xavier, had visited Nate Sr. in prison shortly before his death, it's impossible not to wonder if the Castillo family had a hand in Nate's father's untimely demise. But did Xavier Castillo kill Nate Sr. on HTGAWM? The surveillance footage puts him in direct contact with the victim, but that doesn't mean Laurel's brother was necessarily the one to carry out the crime. There are still a lot of details we don't know right now, so just assuming he's the culprit doesn't seem like a good idea. After all, this show is known for its red herrings and Xavier could simply be one more example of that fact.

That's not to say, of course, that Laurel's family isn't involved in the matter, but there are a lot of moving chess pieces right now, so it's important not to jump to any conclusions prematurely. Multiple people have been accused of killing Nate Sr. at this point in the game, which means there's a good chance this scenario isn't as cut and dry as it appears to be even now.

But before we can attempt to figure out if Xavier is Nate Sr.'s murderer, we need to first know what it was the two of them were talking about that day — something that will hopefully get explored in the Season 5 finale.

Here's the thing, though: right now, everyone looks like potential suspects. It wasn't that long ago that everyone believed Annalise's boss Emmett killed Nate Sr., but he ended up not being responsible for it either, despite the fact that he too looked super guilty for a while. His phone records alone felt like pretty damning evidence, but his motive for doing it never made any sense.

Could he be another puppet being used to cover up the real killer? It's all so strategic and manipulative that it wouldn't be surprised if the Castillo clan was behind everything. However, once again the motive feels unclear.

What would Laurel's family gain by having Nate Sr. killed? Could this really be their way of getting revenge on Jorge being in prison? It's also important to consider that Laurel was just sent her mom's blood-covered hair in the mail. So did Xavier kill her as well? How is Nate Sr. connected to Laurel's mom? Nothing makes sense right now, but that's a big part of how this show works. There's bound to be tons of surprise twists and unknown details that will come to light by the end of the hour.

Fans may go into this final episode thinking that Xavier is the true bad guy of the story, but that opinion could very well change in an instant. There may be someone behind the scenes pulling his strings. Sure, he looks super guilty right now — it's hard to argue with video evidence — but until we get a confession or learn the whole story, Nate Sr.'s murderer could be almost anyone.