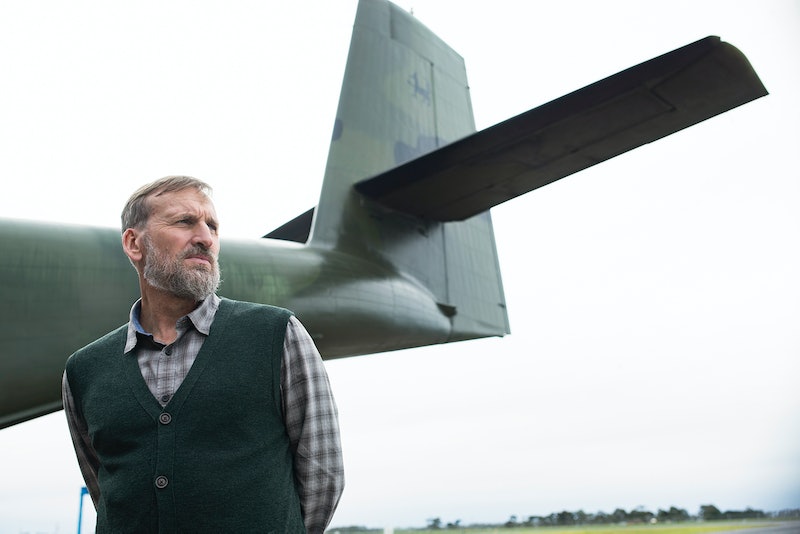 Reverend Matt Jamison's entire arc over the last three seasons can be summed up with one word: faith. So what happens when Matt finally meets God on The Leftovers? Episodes that focus primarily on Nora's religious brother tend to be some of the strongest and most thought-provoking of the series, and "It's A Matt, Matt, Matt, Matt World" is no exception. In fact, the May 14 episode may be one of the series' strangest episodes to date.

Following in the footsteps of Season 1's "Two Boats And A Helicopter" and Season 2's "No Room At The Inn," the May 14 episode follows Matt on a trying, Job-like journey through faith, as he struggles to pursue a goal despite a non-stop litany of obstacles thrown in his way. In Season 1, that goal was to save his church; in Season 2, it was to get back into Miracle with Mary; and in Season 3, his goal is to find Kevin Garvey (who Matt believes is the second coming of Jesus Christ) in Melbourne and return him to Miracle before the seven-year anniversary of the Sudden Departure.

But it's not Jesus that Matt finds on the ferry ride from Tasmania to Melbourne; it's Jesus' father, God himself. Or, more accurately, it's a man named David Burton who is claiming to be God. Literally: he's handing out postcards emblazoned with the phrase, "Yes, I am God."

Astute viewers will recognize both the name and the face of David Burton — although this is the first time the show has provided official confirmation that both that name and that face belong to the same person. "David Burton" has been referred to peripherally throughout the series: in Season 1 on a broadcast about a man in Australia who died and came back to life, and in Season 2 as the recipient of a letter written by the man on the pillar. And actor Bill Camp (The Night Of) was seen twice before on the show, in both of Kevin's Season 2 journeys into the afterlife. (He was on the bridge into Miracle in "International Assassin," and drinking at the hotel bar in the finale.)

This episode confirms that, as many viewers theorized at the time, the man Kevin met in purgatory is indeed none other than David Burton. And not only is he claiming to have been resurrected, but he's also claiming to be the literal Yahweh. After witnessing David kill a man by throwing him overboard, Matt sets out to prove the Australian is a fraud. (Matt is also apparently of the opinion that there's only room in the world for one divine presence, and he's already staked his belief on Kevin.)

After Matt ties David up to interrogate him, David not only confesses to the murder, but also claims responsibility for the Sudden Departure; apparently he did it "because I could." Then he drops the biggest bombshell of all on the reverend: all of Matt's Job-like suffering? All the trials and tribulations he's been through in the name of faith? Matt wasn't doing those things for God… he was doing them for himself, because he assumed God was watching him and judging him. All these years, all of Matt's supposedly altruistic actions have really been selfish at heart. Oh, and his cancer's back. (Hence the nosebleeds.)

This confrontation has a profound effect on Matt; when the ship's captain asks him to give a statement on the murder he witnessed, viewers might assume Matt would protest, insisting he needs to continue on his time-sensitive mission to find Kevin. But Matt surprisingly agrees, claiming he has nowhere important to be. So has the reverend lost his faith? I don't think so; I think he's simply found faith of a different kind.

Matt used to stubbornly interpret anything thrown into his path as an obstacle — much like the parable of the "two boats and a helicopter" referenced in Season 1, in which the drowning man ignores the titular vehicles as distractions rather than the life-saving signs from God that they are. After his conversation with David, Matt has seemingly revised his thinking, giving himself over to a deeper faith and trusting that things he might have once perceived as "obstacles" are really signposts to be followed rather than resisted.

Oh, and if Matt needed further proof that he's finally on the right path… upon disembarking in Melbourne, the murderous and blasphemous David Burton is immediately eaten by a lion. Yes, really. How's that for a surprise ending?