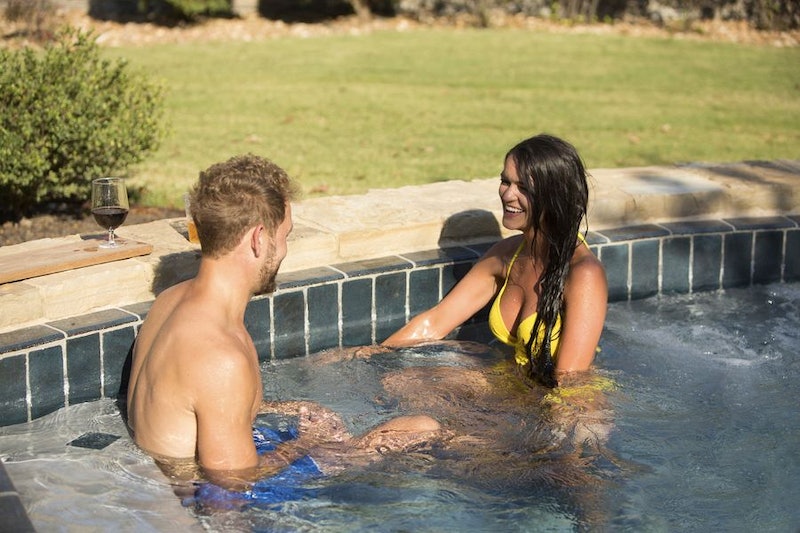 Besides singling herself out as a frontrunner for Nick Viall’s heart on The Bachelor, Raven has let the world know one more big thing about her — she’s never had an orgasm. She’d only been intimate with one man before she went on The Bachelor, and that man, I suppose, did not get the job done in the bedroom. Nick and Raven spent the night in the Fantasy Suite together, so did Raven have an orgasm on The Bachelor?

At this point in Nick Viall’s journey on Bachelor Nation, I feel like I’ve seen him have sex more than I’ve seen myself have sex, but that’s what happens when you’re on the show, like, nine times. Anyway, Raven revealed her orgasm-less existence to Nick before their Fantasy Suite date, and then the show did that whole thing where they walk into a cozy room and it fades to like, a curtain blowing in the breeze. The morning after, Raven said this of her date: “To be alone physically with him was just so nice and relaxing … I will say this — Nick is really good at what he does, so I'm pretty satisfied today.” First of all, a little TMI, but good for you, girl. Four for you, Raven Coco.

I’m admittedly slightly uncomfortable by knowing such personal details about someone I only know through my television, but good on Raven for talking about her sexual satisfaction with Nick and on national television. Honestly, Rave — can I call you Rave? — we needed to get you satisfied before you met Nick Viall. Life is too short! Not being able to have an orgasm through traditional penetrative is so common for women, and it’s very important for you to go out there and find your own. How can a partner satisfy you if you don’t know what will do it for yourself (that means that you should do it yourself to figure it out). Raven’s openness about her sexual past is a great thing. It gets the conversation started, even if it's a little awk. I'm glad she felt comfortable sharing with Nick, and I'm glad it seems to have all worked out in her favor. Everyone deserves a good orgasm, you know?