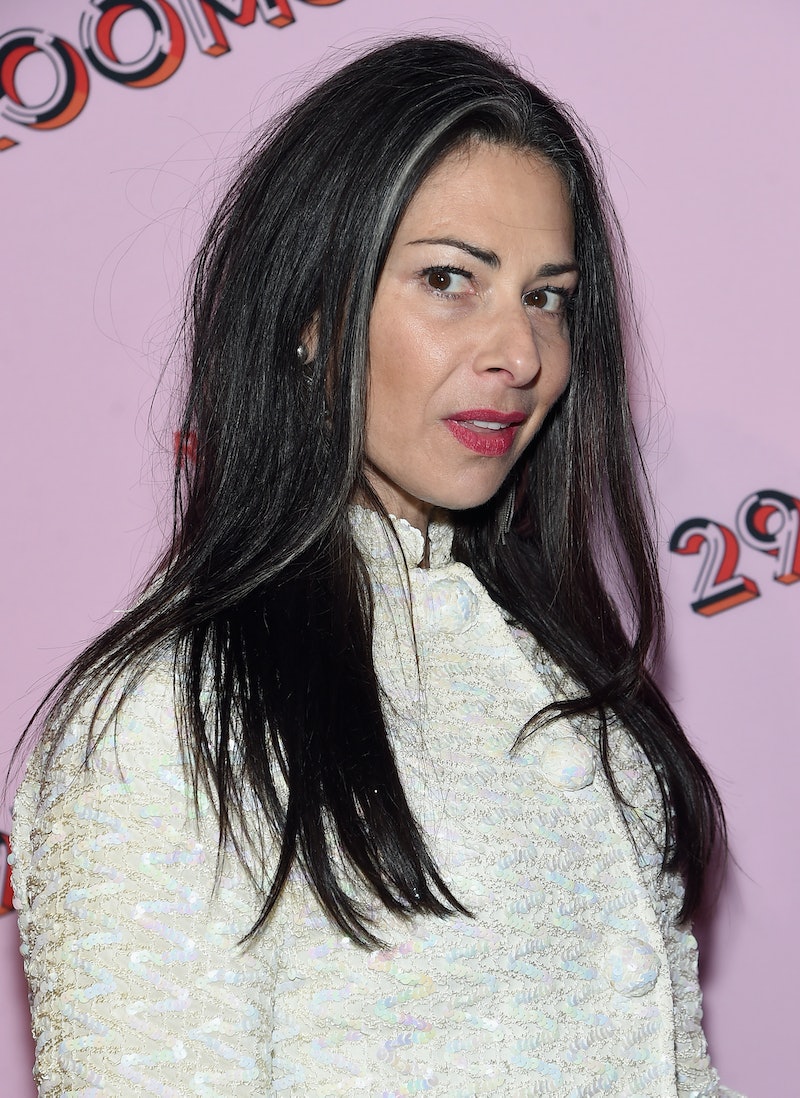 Last year, the world — or at least those of us who have emotional ties to the TLC show What Not To Wear — was rocked when Clinton Kelly revealed that his former cohost Stacy London blocked him on Twitter. But it sounds like London doesn't have time for that type of drama. On Wednesday, London shared an impassioned Instagram post about blocking people and forgiveness, and it seems like she's turning over a new leaf in 2018.

Her post contained a screenshot showing the message Instagram gives you when you've blocked someone, alongside a lengthy caption about what she's discovered about the block feature and forgiving people in general. London admitted that she can hold some major grudges, but it sounds like she's recently realized that for her, those grudges can be a complete waste of time — and in the end, the pain she's feeling while holding a grudge is only hurting herself.

Although her message is long, the gist is this: Even though the block tool can be very useful, it's not always as effective as you'd like it to be in keeping someone out of your life, so forgiving someone for the reason you've blocked them in the first place might actually be a better approach.

London made it clear that she's not talking about trolls that she and other celebrities also face on social media — those people, she's still OK with blocking. This is just about people in her personal life.

I can block ex-friends and ex-lovers, people I feel wronged by, but to what end? For the most part, these people aren’t even looking at my accounts in the first place and even if they were, why would being able to see this highlight reel of my life matter in the slightest?

Although London didn't make it clear whether or not she was talking about Kelly in her Instagram post, her mention of "ex-friends" could mean that he's part of her unblocking spree. And she did make it clear in a post not long after on Twitter that the Instagram caption was "in no way related to anyone else's posts or opinions" in response to a story about herself and Kelly. So it seems like even if Kelly was part of the message, it's definitely not about him specifically.

In November, fans were shocked when Kelly posted a screenshot of his own, showing that London had blocked him on Twitter. Despite the fact that London and Kelly haven't spoken in years (per Kelly's interview with My Statesman last January) this was a pretty surprising reveal. But could London's new zen attitude toward people she feels have wronged her mean that Kelly's no longer blocked, thus leaving the door open for a possible What Not To Wear reunion someday? Maybe, but London's post is about more than that; she's moving on from those who hurt her in order to be free of the way those feelings have been holding her back.

And as for Kelly? Well, after maintaining his silence on Twitter after his last tweets about London, he posted a peanut emoji on Thursday:

Even if London's post isn't referencing Kelly, it seems to hold a larger meaning. As London wrote toward the end of her post, unblocking people has led her to a bigger conclusion about how forgiveness isn't necessarily about the person who wronged you — sometimes, it's just about doing what's best for yourself. She added:

Forgiveness doesn’t mean things are reparable. It doesn’t mean I can have these people back in my life or want to (though I don’t discount the possibility that maybe some day I will). It doesn’t even mean I’ll tell them. Forgiveness is something you give yourself to move on, to find peace, to let go. So I unblocked a bunch of people today. If this resonates, maybe you can too.

Even though the decision to use that very handy block tool on social media is a personal one, London's advice is solid. Holding grudges can be really difficult, so maybe forgiveness is the way to go. And if London decides to offer that forgiveness to Kelly and it brings them back to TLC together someday? Well, there are plenty of fans who wouldn't be upset about that in the slightest.