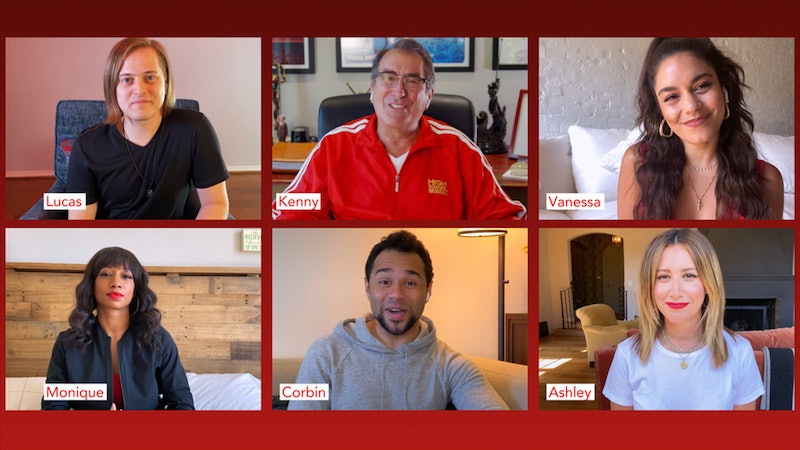 The first Disney Family Singalong debuted on April 16 and featured celebrity guests — some in the Disney family, some new to the club — performing hit songs like "Gaston" and "How Far I'll Go." It was such a hit (nearly 13 million people across the nation tuned in per TV Guide) that the network decided a second episode was a must. As of publication, the list of celebrities joining the special hadn't been revealed, but here's hoping the lineup is just as memorable as the first group. There could even be some repeats (ahem, Ariana Grande and Beyoncé). Ryan Seacrest will also return as the host.

For those who missed the original singalong, you can stream the first hour on both Hulu and Disney+. There were a lot of great performances, but some of the best included Grande's "I Won't Say I'm In Love" from Hercules, Josh Gad, Luke Evans, and Alan Menken's "Gaston" from Beauty and the Beast, and most of the High School Musical cast (minus Zac Efron) singing "We're All in This Together." Oh, and Beyoncé even surprised viewers when she sang "When You Wish Upon a Star." You can check out these performances below.

Grande sang all the harmonies in this dazzling rendition of Hercules' "I Won't Say I'm In Love" and she should definitely play Meg in a live-action Hercules.

The two proved they still have it as Gaston and LeFou, just like they did in the live-action Beauty and the Beast. Here's hoping their Gaston and LeFou origin series for Disney+ is just as fun.

"We're All In This Together"