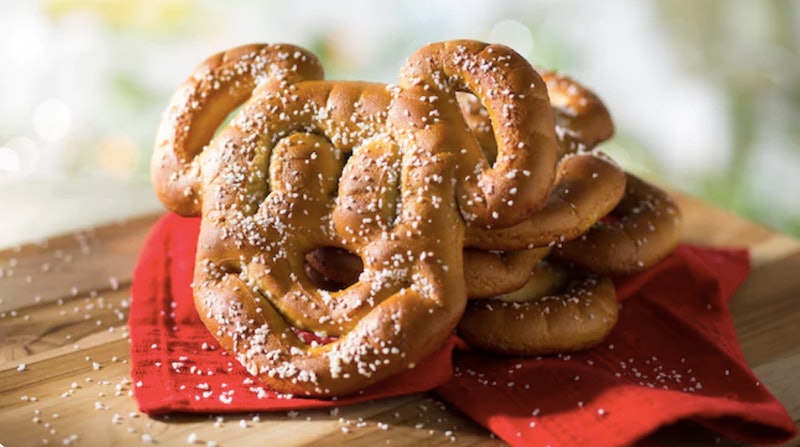 Grabbing lunch (and breakfast, and dinner) at the Disneyland Resort in Anaheim, Calif. is about to get a lot easier: Mobile ordering at Disneyland restaurants is launching soon. With the aid of this new service, you’ll be able to place and pay for food orders in advance at participating restaurants on the park grounds, dramatically cutting down the time you’ll spend in line for your meals — and you know what that means, right? Yep: More time for rides. Because, I mean, let’s face it: Yes, Disney food can be spectacular, but a cupcake will never be as fun as the Indiana Jones Adventure is — even if the cupcake is covered with Grey Stuff.

The Disney Parks Blog announced the service’s forthcoming arrival last week. Details are scant right now, but from what I can tell, mobile ordering will work similarly to many other order-ahead services (hi there, Starbucks): Accessible from the Disneyland App, the feature will let park-goers search for participating fast casual and quick-service restaurants across the park, pick a window of time during which they’d like their order to be ready, place the actual order, and pay for it — all before you even reach your dining location. When you do finally arrive, you’ll use the app to notify the restaurant; then, within a few minutes, the app will send you a notification that your meal is ready to be picked up. You’ll then be able to grab your food from a special window reserved for mobile orders and nom to your heart’s content.

If you’ve been to Walt Disney World recently, then all of this likely sounds familiar to you: Mobile ordering launched at the Orlando, Fla. resort in May of 2017. Like the upcoming Disneyland version, the WDW service is app-based; within the My Disney Experience app, park patrons can order and pay for meals and snacks at a number of counter service restaurants in advance. According to the fan-run Disney Food Blog, using the app is simple: First, open My Disney Experience; then go to the My Plans section and select “Order Food.” Choose your restaurant on the next screen and go to town adding and customizing your items. When you’re all set, select “Review Order Summary,” check things over one last time, and tap “Purchase” to pay for and place your order. (The My Disney Experience version of mobile ordering accepts credit cards, debit cards, and Disney Dining Plan credits, but not Disney Gift Cards.)

According to Walt Disney World’s website, all you need to do when you arrive at the restaurant is select the “I’m Here, Prepare My Order” option in the app. Then, when your order is the app will notify you that it’s available to pick up at the Mobile Order Pick Up window.

Disney hasn’t announced exactly which restaurants the mobile ordering option will be available for yet, but apparently that info should be coming soon. At Disney World, 23 dining spots across the four theme parks offer it, ranging from Aloha Isle — AKA the home of the mighty Dole Whip in the Magic Kingdom — to Satu’li Canteen, the Avatar-themed restaurant in Animal Kingdom; as such, it’s likely that a pretty sizeable selection of Disneyland’s quick-service and fast casual restaurants will offer it. Expect to be able to get things like hot dogs, pizza, burgers, protein bowls, and sandwiches with it.

I love me some Disney — I was at Disneyland just last December — but lunchtime at the parks can be something of a horror show, especially during the busier seasons. Mobile ordering should cut down on the frustration somewhat, though; reviews for the Disney World version are generally good, despite the occasional hiccup early on, and given Disney’s reputation for perfection… well, let’s just say they probably wouldn’t be rolling out the system at a whole new resort if it didn’t work.

No word on exactly when the feature will arrive yet, but my guess is it’ll probably be within a month or two. Get your stomachs ready!