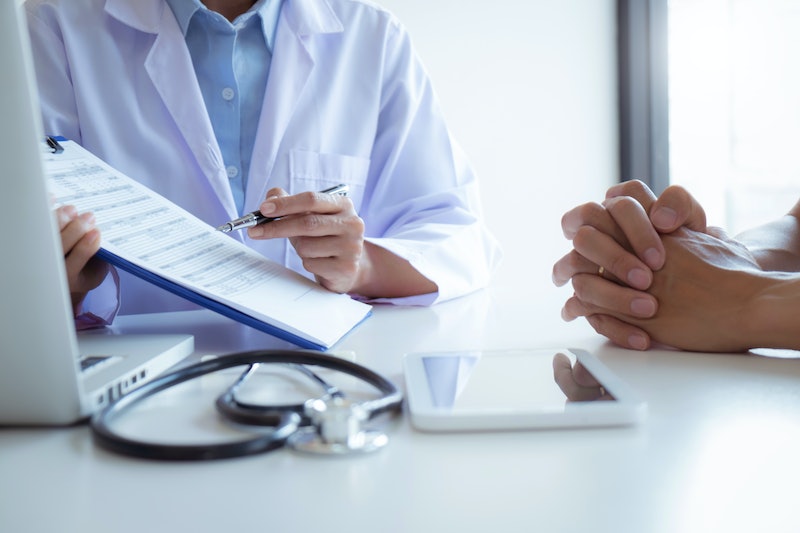 A new DIY method may change the way cervical cancer is tested in the UK, researchers from Queen Mary University of London have found. In fact, the non-invasive method may allow people carry out a test at home, encouraging those who have previously been put off by a GP screening to check for signs of this preventable but (if left undiagnosed) life-threatening cancer.

The Queen Mary research team asked 600 participants to provide urine samples that were then analysed for the strain of HPV that causes cervical cancer. Results showed that the S5 test, as its being called, correctly identified high-risk pre-cancerous cells in 96% of samples. In comparison, just 73% of samples is the HPV-16 or 18 tests were correctly identified, the Independent reports.

"The study indicated that women much preferred doing a test at home than attending a doctor’s surgery," Director of the Molecular Epidemiology Lab at Queen Mary, Dr Belinda Nedjai, said.

In the UK, people with cervixes between the ages of 25 and 64 are invited to have their cervical screening by the NHS. During the test, a small sample of cells is taken from the cervix and looked at for any abnormalities.

According to the NHS, “one in four women skip the cervical screening, with the proportion increasing to one in three among those aged 25 to 29.” This could be due to embarrassment or a general lack of knowledge surrounding cervical cancer and screenings, the NHS suggests. Yet Cancer Research UK reports that more than 99% of cervical cancer cases are preventable, so if those who need to attend the screening don’t, or are misdiagnosed, this could leave them very vulnerable. As many will be aware, this is what happened to reality star Jade Goodie who died aged 27 from cervical cancer.

Offering the option to test at home, however, could be of serious benefit to people who either feel uncomfortable attending the GP or who are simply unable to attend appointments. A recent report from The Women and Equalities Committee suggested that LGBTQ people don't always receive the same level of care as the rest of the UK population when it comes to healthcare. Unfortunately, this can lead them to opt out of health services due to fear of poor treatment, and this may include cervical cancer screenings. For people who do not identify as women, yet still have cervixes, the cervical cancer screening process can be especially alienating. This alternative DIY test could mean more people can test from the comfort of their own homes without fear of mistreatment or misgendering.

The current method of screening may also be triggering for FGM survivors and others who have experienced trauma, too. "For women who find the current methods of cervical screening difficult, including those with a physical disability or who have experienced trauma, it could mean they can access screening in a far more acceptable and accessible way," Robert Music, chief executive of Jo's Cervical Cancer Trust, said to the BBC about the new DIY test.

As the BBC reports, the researchers believe the DIY test (which is being presented at the National Cancer Research Institute conference in Glasgow, but has not yet been published or peer reviewed) could run alongside the traditional screening rather than replacing it "to help improve detection and spare some women from unnecessary investigations." It would simply help to increase the number of options available, which, in turn, would only help save lives.

More like this
Here’s What TikTok's "Mascara” Trend Is *Really* About
By El Hunt
How Ovulation Affects Your Sense Of Smell, Libido, & More
By JR Thorpe and Lexi Inks
Ben & Jerry’s New Sundae Flavours Are A Chocoholic’s Dream
By Sophie McEvoy
What The UK Blocking Scotland’s Gender Recognition Bill Means
By Sam Ramsden
Get The Very Best Of Bustle/UK
Sign up for Bustle UK's twice-weekly newsletter, featuring the latest must-watch TV, moving personal stories, and expert advice on the hottest viral buys.