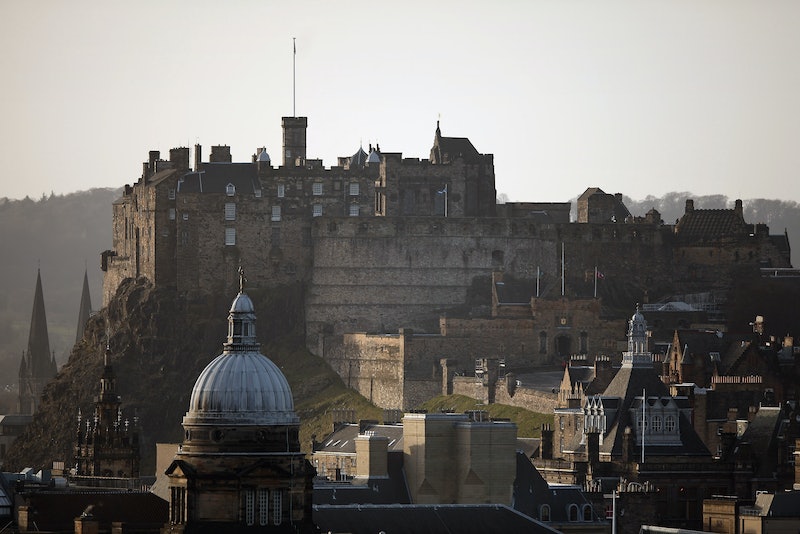 Some of the most interesting places to travel in the world aren't built for the amount of tourists that filter through them every day. And even the cities that have the foundation for masses are experiencing debilitating wear and tear. In an effort to combat this, The Washington Post reports that cities across the globe are now instating a tourist tax for foreign travelers to adjust their hospitality capabilities. With the money collected through this new system, cities will be able to adapt to tourism, while keeping locals and natural habitats safe and protected.

For example, Mallorca's newfound tourist influx of 10 million visitors a year (up from six million in 2010) is just not overcrowding the island, but it's creating a hazardous environmental crisis. Last year, the island instated a tourist tax to help put money into the local community and toward protecting and preserving the landscape. While this tourist tax is already common in European countries like France, Germany, Greece, Portugal, Switzerland and Romania with taxes ranging from a few cents a night to $8 a night, cities around the world are looking at the model and making plans to adopt it, in their own way.

As reported by The Washington Post, Waitangi, New Zealand, a city that holds a local population of only 2,000, pulls in about 100,000 visitors a year. To avoid crumbling under the growing tourism trends, they're hoping that by a tax, they'll be able to make changes that will make them more suitable for an exponential increase in foot traffic and weathering. For Waitangi, a one time fee of $25 will be required for foreign tourists which will ideally go towards everything from increasing hospital capabilities to widening roadways and more. According to The Independent, Venice, Italy is set to introduce a tourist tax in May 2019, totaling about €3 per person.

Why the difference in prices? Simply, what works for New Zealand might not work for Europe in terms of an identical tax model. New Zealand can more easily control and discern what visitors fall under national tourists and what visitors fall under foreign tourists, making the foreign only tax a bit more clear cut. For Europe, with such a wide range of restriction-free national tourists, moving from country to country in the EU with ease, it's a bit more complicated. To remedy this potential issue, cities like Rome are currently trying to figure out how they can at least create a tax for historic city-centers, even for residents of the greater EU.

Over the next year, we can definitely anticipate many more foreign cities adopting a tourism tax that will likely grow over time. Though the tax might sound like a major bummer, it's going to essentially keep these special places, special. What's more, the tax will hopefully be fed right back into the locals whose lives and businesses are complicated by waxing and waning tourism trends. To avoid turning a seemingly affordable vacation into a pipe dream, you can make a few adjustments to keep the cost down. Traveling off season, avoiding all-inclusive resorts and shopping and staying in with local businesses when possible, can help to balance out the cost, with the tax. As for how efficiently the collected funds will be used, only time will tell how they're sewn back into the community and environment.